03/05/2022 - Lithuanian director Emilija Škarnulytė's immersive, highly technological documentary deals with nuclear waste in juxtaposition with what humanity has already buried throughout the millennia

Lithuanian filmmaker Emilija Škarnulytė's documentary Burial, which has just screened at Hot Docs as part of European Film Promotion's Changing Face of Europe selection, after world-premiering at Visions du Réel, deals with nuclear waste in juxtaposition with ancient underground and underwater sites. It results in an immersive, often psychedelic experience reminiscent of dystopian sci-fi films with a tinge of horror, interspersed with cold, factual data.

Starting off with narrative titles describing the creation of uranium some 6.6 billion years ago, over a microscopic-level zoom into what we can only assume is a piece of the metal, the director then takes us underwater, with the camera gliding through what we are led to believe are the remains of a secret 1950s uranium mine in Poland, operated by the Soviet Union. The sound design hums and makes bubbling noises, and a large snake swims by, before we are whisked away to the Ignalina nuclear power plant in Lithuania.

A new set of titles informs us that Ignalina is a sister plant of Chernobyl and that, as part of its accession to the EU, Lithuania agreed to dismantle it. Of course, you don't demolish a nuclear plant with a wrecking ball, so we watch workers in hazmat suits carefully pull the pieces apart one by one, often from a bird's-eye perspective from the top of the monumental structure. The camera then pans over some large control panels, with inscriptions in Russian and Lithuanian, and the snake is back, too, slithering over the instruments.

Next, we go to the 500-metre-deep research facility at Meuse in France, where a particular geological formation may prove to be the ideal container for the nuclear waste that is expected to come out of Ignalina by 2038. We dolly through the vast, concrete corridors, set to an a cappella song, with a woman's voice echoing and creating a chilling, desolate feeling.

The second half of the film is scarcer on information but even more atmospheric. The camera dives from a great height underwater, where an ancient city lies – the closing credits will tell us it is the submerged archaeological park of Baia in Italy. The order in the editing makes a Roman-era cistern near Naples look like a burial site: earlier on, we seemed to have passed through an elegant funeral parlour with urns lining the walls.

The impressive visual material would hardly have its eerie, almost primordial, impact without the ever-present, multi-layered sound design. The buzzing, humming, droning noises accompany images of machines, where they could have a diegetic character, but they often extend to the footage of nature, bringing together the organic and the mechanical in an uncanny way. Old radio transmissions with their accompanying static take us back to the Cold War era, touching upon the issue of people's fear of nuclear energy.

The documentary feels technological, cold and impersonal, in addition to being an engrossing viewing experience, with what is probably the most immersive possible approach this side of VR. However, Škarnulytė has her own personal angle on the nuclear dilemma and displays it in a powerfully visceral way in the closing sequences, this time opting for imagination over technical perfection.

Burial is a co-production by Lithuania's Just a moment and Norway's Mer Film.

Lithuanian director Emilija Škarnulytė's immersive, highly technological documentary deals with nuclear waste in juxtaposition with what humanity has already buried throughout the millennia

With a total of 41 projects participating in its various sections, the leading industry event is welcoming film professionals via its digital platform

This second funding session will distribute a total of €781,153 aimed at supporting the development and production of 34 new film projects 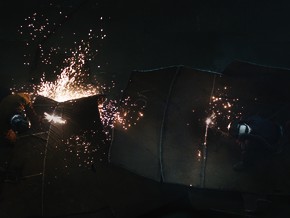 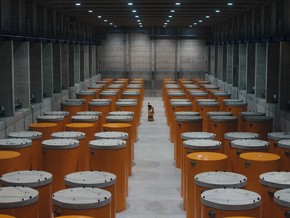 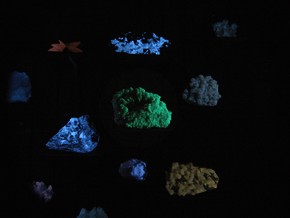 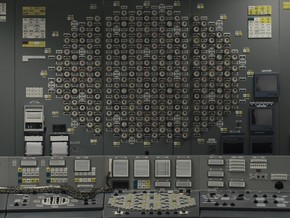 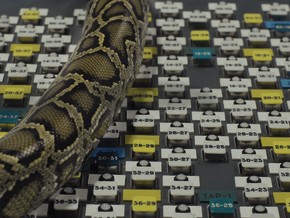