After 2020’s crowd-pleasing family film Christmas in the Jungle, Estonian director Jaak Kilmi returns to the themes of childhood and growing up. However, The Sleeping Beast is an altogether much darker and more gritty affair, in which the naivety and innocence of childhood find themselves at odds with questions of morality and responsibility.

On a tiny Estonian housing estate, ten-year-old Kristjan (Nils Jaagup England) is the leader of his gang of friends. Amidst the sleepy haze of the summer, the members of the gang amuse themselves by running around an abandoned estate, having adventures and generally getting up to the kind of mischief that is normal for children of their age. One day, they are shooed away from playing on the estate by ageing security guard Elmar (Andres Lepik), himself the subject of unsavoury rumours put about by the children’s parents.

After ignoring his entreaties, one of the gang’s adventures sees Elmar knocked into a deep hole. As his gang think the best course of action is to leave Elmar to his fate, Kristjan is faced with a moral dilemma – does he abandon his friends and help Elmar, or does he keep quiet and maintain the status quo?

Much of the film works by exploring the spaces that exist between the imagination and playfulness of youth, and the harsh realities of the real world that must be faced when one is an adult. Cinematographer Elen Lotman allows a certain sense of the bucolic to slip through, with the soft light of long, summer evenings permeating everything and the freedom of the countryside just outside the blocks of flats where our protagonists live. Yet while the sun may shine through the abandoned building in which the children act out their youthful fantasies of adventure and derring-do, it lights up a dilapidated interior which screams of decay and danger. There is a constant sense of darkness, of something perilous just around the corner – a metaphor for the responsibilities of adulthood crashing into the carefree world of the child.

Certainly, as Kristjan struggles with his inner conflict, the film effectively ramps up the tension as Elmar’s fate becomes increasingly uncertain, the coming-of-age tale melding with elements of a thriller. And while it’s not an explicitly political piece of work, the movie does touch upon the situation that the children find themselves in. With their fathers absent to earn money in Finland, an air of toxic masculinity abounding when they do return, and a sense of mothers struggling to do the right thing, the picture exposes a generation that – if not exactly abandoned – has to negotiate the path that leads away from childhood without much guidance.

As with any film featuring a young, ensemble cast, much of the success and failure lies in the performances. Kilmi coaxes some fine, compelling and naturalistic turns from the gang, especially from England. He gives a quietly powerful performance, with an air of the earnest and serious that is consistently engaging.

The Sleeping Beast is a wonderfully executed and realised tale of childhood that strips away some of the more saccharine elements that can often overwhelm coming-of-age stories to create a sometimes dark, yet ultimately hopeful, fable rooted in reality. While it’s definitely not one for a very young audience, its child-centred cast and themes should find it a popular home in those film festivals which focus on children. But with the film currently on domestic release, courtesy of Acme Film, it should pique much general interest with its strong and confident storytelling, which should strike a universal chord.

The Sleeping Beast was produced by Estonia’s Stellar Film and Latvia’s Studija Locomotive. The sales agent is Media Luna, and the film will be on the company’s slate for the upcoming Cannes Film Festival.

more about: The Sleeping Beast

The Riga International Film Festival gets under way

My Love Affair With Marriage opens the Latvian gathering, which promises a host of festival hits and new discoveries for audiences and industry alike

Zeynep Dadak has won the Eurimages Co-production Development Award, while the Post Production Award was split between Kalev and Nuucha 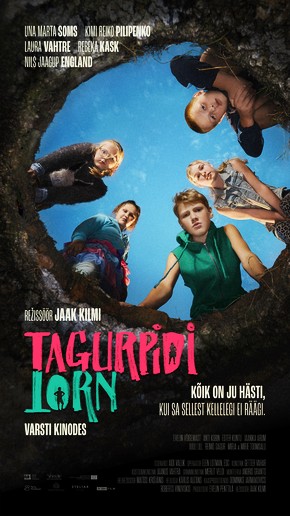 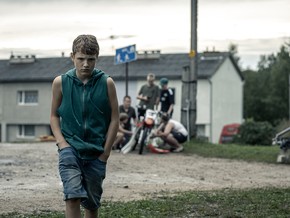 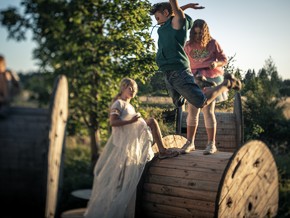