10/05/2022 - Marc-Henri Wajnberg returns to the heart of the Kinshasa labyrinth, alongside a group of street girls who are as surprising as they are moving

It's hard to keep up with them. Chancelvie, Shekinah, Dodo and Gracia live in the streets of Kinshasa. More than living there, they inhabit them. They sneak in like mice, knowing every nook and cranny. They walk the beaten earth, tread the pavement, hail motorists at a standstill and call out to passers-by.

Chancelvie, Shekinah, Dodo and Gracia are between 10 and 15 years old. The street is their life, and they have lived there almost forever. Their daily life is made of fights and complicity, begging and creativity, a whirlwind of emotions and violence, rarely crossed by some lulls. Under the blazing sun of the Congolese capital, they hesitate between the comb and the machete. Their life is a daily struggle, for their survival as well as for their physical integrity. Constantly exposed to the dangers of prostitution, at the constant mercy of an attack, they have learned to defend themselves and to stick together. Between two fights, they confide in each other, pour their hearts out and help each other.

They reveal their contradictions, sure to find in this life on the streets that enslaves them, despite the precariousness, despite the dangers, a freedom that they would not have in a centre that welcomes abandoned children.

After discovering Kinshasa ten years ago through a project that he thought would focus on music, Belgian filmmaker Marc-Henri Wajnberg follows the evolution of groups of street children on the big screen, first in Kinshasa Kids [+see also:
film review
trailer
interview: Marc-Henri Wajnberg
film profile], then in Kinshasa Now, and now in I am Chance [+see also:
interview: Marc-Henri Wajnberg
film profile], which premiered at the Millenium Festival in Brussels and will be released in theatres in Belgium on 11 May. But for the first time, he follows a group of girls, a witness committed to sharing their experience and giving them a voice.

Invisible among the invisible, they are subjected to even more domination and vicissitudes than boys. Although they are not spared physical violence (from the outside world and sometimes from each other), they are also victims of sexual violence. Prostitution remains an almost unavoidable means of survival for them, but it is also a factor of danger since the conditions in which it is practised are so perilous. The solidarity that unites them is sometimes shaken by blood feuds and power struggles.

However, for a few scenes, Chancelvie, Shekinah and the others shine through their energy, their complicity, and also through their relationship with a troupe of artists who travel the streets of Kinshasa. These visual artists recycle and reinvent waste, giving it new life, and questioning our relationship with the world, that of their fellow citizens as well as ours, because this waste is also ours, that which the West sends to the other side of the world to make it disappear from its sight.

Through this encounter between the invisible, the street girls, and those who give us a view of the world, a powerful poetic space opens up, which transcends the everyday. Art imposes itself as a refuge, emotional, intellectual, and sometimes also physical, when the girls find in these artists a community where they can express themselves and take refuge.

Art, and life. When the film begins, Chancelvie is pregnant. We follow her during her pregnancy, we follow her during her delivery, and we follow her again when it comes to deciding the future of her child. Is it right for her to enter a centre? Is she ready to give up her freedom? These questions, and many more, are at the heart of this documentary that is as terrible as it is luminous, with a vibrant energy that is surprisingly full of hope.

I am Chance is produced by Wajnbrosse in Belgium, and co-produced by RG & Créatifs Associés in the Democratic Republic of Congo and Eva Production in France.

more about: I am Chance

Interview: Marc-Henri Wajnberg • Director of I am Chance

Marc-Henri Wajnberg returns to the heart of the Kinshasa labyrinth, alongside a group of street girls who are as surprising as they are moving 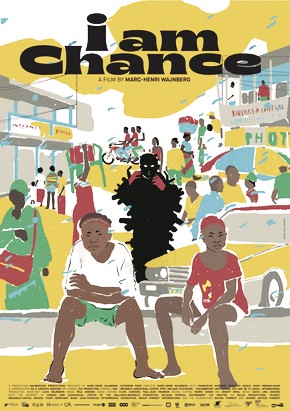 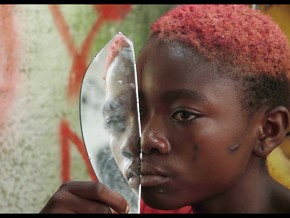 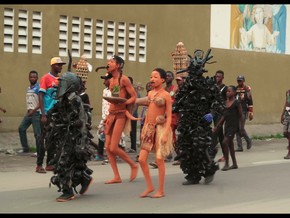 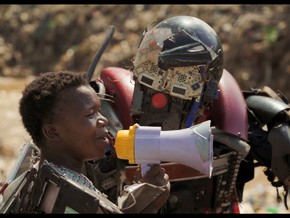 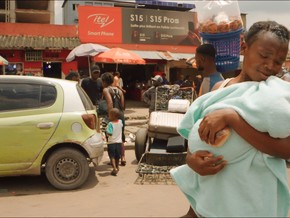