19/05/2022 - CANNES 2022: Philippe Faucon’s humble mastery of cinematographic pithiness puts under the microscope the cruel page of history of local soldiers engaged on the French side during the Algerian war

There are two baskets in the opening scenes of Philippe Faucon's new film, Les Harkis [+see also:
trailer
interview: Philippe Faucon
film profile], unveiled in Directors' Fortnight at the 75th Cannes Film Festival. The first, found by an old man on the doorstep of his home in a small Algerian village, conceals the severed head of his son. The second, brought by a son to his father digging in the soil of an olive grove, contains bread and milk. It is precisely at this two-faced crossing of death and life, and at the crossroads of the great History taking men hostage to its jolts, that the French filmmaker has once again decided to bring his crystalline gaze and his deliberately simple and concise, dry and luminous style.

It is 22 June 1959 and the Algerian war has been going on for four years. Senior officers and the prefect of the region enthrone with great pomp the Harka 534, a battalion of Algerian soldiers (including the brother of the dead man from the beginning, but also the father who was digging and whose plot of land he was working was reposessed by its colonial owner and who has not found work again) enlisted in the French troops described by their leaders as the "pacification army" in the fight against the "fellaghas terrorists" (the independence fighters). Shooting instruction, torture sessions à la gégène, using electrodes ("he talks or he dies"), patrols, sweeps and searches of villages to flush out the enemies in immense dusty, rocky and desert landscapes: our harkis (including Salah played by Mohamed Mouffok) wage war under the command of French lieutenants Pascal (Théo Cholbi) and Kravitz (Pierre Lottin) and under the gaze of their Algerian compatriots ("you make them shut up!"). But in 1960, France starts talks with the FLN (Front de Libération Nationale) for a cease-fire, and up until 1962, doubts keep growing among the harkis: is France lying to them? Will it betray them? What will become of them? What about their families? What is their place, their identity? Who are their brothers? Questions of life and death...

By taking a step back from events that took place some sixty years ago (but which still affect the karma of Franco-Algerian relations) while focusing on the men through a succession of tableaux (a discussion around a campfire or in an office, marches, farewells, etc.) that cut through the chronology between 1959 and 1962, Philippe Faucon succeeds in illustrating perfectly all the complexity of a page of history where lies and honour, trust and realpolitik, tear apart consciences. A scream, a stabbing, a census, a convoy, a helicopter, clandestine movements, bad feelings: in a few almost pointillist cinematographic scalpel strokes (the fruit of his great mastery of simplicity), the filmmaker creates a work of fiction that is compact and fascinating, deliberately anti-spectacular and formally very accomplished, which is a worthy setting for a page of history that led to the death of 35,000 to 80,000 Harkis and their families, and the evacuation of 90,000 of them to camps in France where they were forced to live until 1976.

CANNES 2022: Philippe Faucon’s humble mastery of cinematographic pithiness puts under the microscope the cruel page of history of local soldiers engaged on the French side during the Algerian war 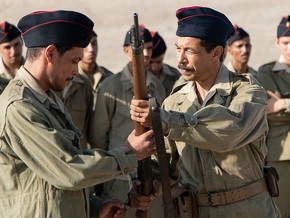 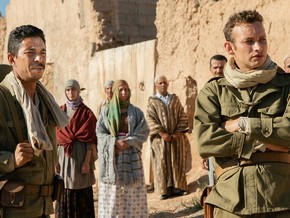 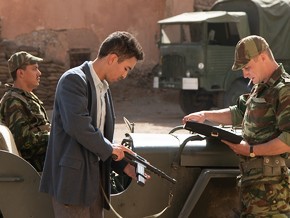 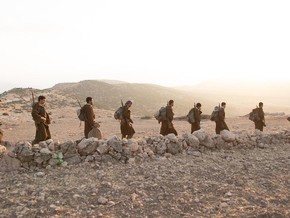 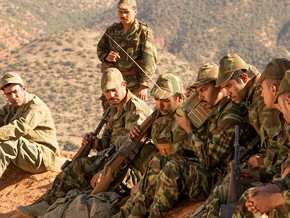