20/05/2022 - CANNES 2022: Elena López Riera makes her feature directorial debut with a fluid film, that organically flows between non-fiction as well as legend, mystery and doom

Spanish cinema has recently been looking towards the countryside, its villages and rural life. As well as previous successes at festivals such as Sundance –Piggy [+see also:
film review
trailer
film profile], a thriller set in Extremadura and directed by Carlota Martínez Pereda– and Berlin –Alcarràs [+see also:
film review
trailer
interview: Carla Simón
interview: Giovanni Pompili
film profile], by Carla Simón, set in Catalonia and a box-office reviver in the country, two of the films premiering at the 75th Cannes Film Festival also leave the city in the distance: The Beasts [+see also:
film review
trailer
interview: Rodrigo Sorogoyen and Isabe…
film profile], by Rodrigo Sorogoyen (set in Galicia), and El agua [+see also:
trailer
interview: Elena López Riera
film profile], the debut film, shot in Levante, by the award-winning short film director Elena López Riera, selected for the Directors’ Fortnight after having participated in the Cannes Cinéfondation residence, where she won the CNC award for best project.

Based in France and with an artistic prestige based on experimentation, the avant-garde and modernity, López Riera already hinted at what her first film would be like with the images and sounds of her previous work, the short film Los que desean, a success at festivals all over the world and a finalist in its category at the European Film Academy awards.

The ceremony of colourfully painted pigeons reappears in a scene in this film with a screenwriting of pointillist precision, full of symbolism, overtones and metaphors, with the liquid element as its core theme, but with many undercurrents running underneath it, which can represent both amorous passion and the drive to grow or the compelling and vital need to fly free, abandoning nests and social straits.

Filmed in her native Orihuela, a town that the filmmaker left behind some time ago to explore new creative horizons. An autobiographical quality seems to incorporate itself into the plot while another, mysterious, electric and tragic one (the region where it takes place is unfortunately famous for fatal crimes against teenagers) pulsates beneath its surface.

Impending doom, esotericism, tradition and the heavy family legacy also float, and sometimes sink, in this tense calm before the outbreak of the furious, sweeping storm, where the three leading women (daughter, mother and grandmother, played respectively by newcomer Luna Pamies, Bárbara Lennie and a Nieve de Medina who was sorely missed on the big screen) contend with a repressive social environment.

Meanwhile, a legend evokes mystery, and a certain lyricism, (illustrated with visual documents of the past) where some of the village's neighbours narrate it, in brief static shots, by way of interludes and looking into the camera, proving once again that López Riera manoeuvres harmoniously and confidently in any film genre.

El agua is a co-production between Switzerland, Spain and France from Alina Film, Suica Films and Les Films du Worso. Its export is managed by Elle Driver.

“In every society, people need some kind of magic”

CANNES 2022: We sat down with the Spanish director to chat about her feature debut, with childhood tales still ringing in her ears

CANNES 2022: Elena López Riera makes her feature directorial debut with a fluid film, that organically flows between non-fiction as well as legend, mystery and doom

As well as One Fine Morning by Mia Hansen-Løve, the French sales agent also bets on Lola Quivoron, Lionel Baier and the duo of Verena Paravel and Lucien Castaing-Taylor

Armed with Leila's Brothers in competition, Everybody Loves Jeanne in Critics’ Week and El agua in the Directors’ Fortnight, the Marché du Film bodes well for the French sales agent

The film, which was screened at the Cinéfondation in Cannes and has been a candidate at major festivals, stars Bárbara Lennie alongside non-professional actors

The Spanish Ministry of Culture grants €15 million to 47 films

The new projects by Carlos Marqués-Marcet, Jaione Camborda, Fernando Franco, Xacio Baño and Elena Martín are among those that are set to receive production support 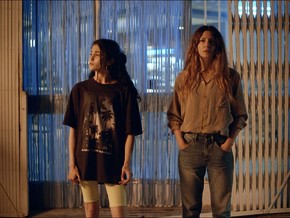 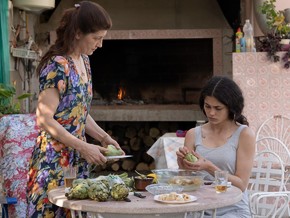