20/05/2022 - CANNES 2022: Karim Leklou shines as a real-false psychic caught in a downward spiral in an excellent social, nocturnal and urban thriller, brilliantly directed by Clément Cogitore

Karim Leklou in Sons of Ramses

"When the door is closed, the devil disappears - I answer the devil in the devil's language - Who comes with you? - Nobody, just passing shadows." When a father and son communicate in this way via intercom, just so that the former can open his door to the latter, it goes without saying that one is not operating in a completely normal universe. By choosing a medium as the main character of Sons of Ramses [+see also:
trailer
interview: Clément Cogitore
film profile], presented in a special screening in Critics' Week of the 75th Cannes Film Festival, French filmmaker Clément Cogitore confirms all the promises of his first feature, The Wakhan Front [+see also:
film review
trailer
film profile], discovered in the same parallel section on the Croisette in 2015.

In the very popular Barbès district, in the heart of Paris, the waiting room of Ramses (Karim Leklou, finally in a first role worthy of his talent) is always full. The clients wait for hours in a chiaroscuro atmosphere before holding up a photo to a medium whose unquestionably precise revelations plunge them into a mystical trance. But the reality is quite different. Aided by his acolytes (Malik Zidi and Yilin Yang), Ramses fakes and lies, thanks to the highly sophisticated hacking of his future clients' mobile phones which gives him access, through the rapid study of their social networks, to intimate information in order to know a lot about them. In short, the mage is a charlatan, but his stuff is unsuspected and his business is going so well that he is starting to seriously annoy ("everyone was eating their fill. You arrived and ate everything, we have nothing left") the other marabouts of a very cosmopolitan neighbourhood (Senegalese, Malians, Congolese, Togolese, Indians, Sri Lankans, Pakistanis, French, tourists, etc.) where migrant street kids are also prowling around, looking to steal. And one of them steals his necklace from Ramses...

"We who were two and left only one trace on the sand". On the backbone of a fascinating story very well constructed in its reversals, the film, which is literally glued to Ramses as he travels through the streets, from the underground to the Porte de la Chapelle, plunges the viewer into the very special atmosphere of a motley environment, a micro-society of scavengers with its codes, its watchmen, its police, its collectors, its hustlers, its muggings, but also its mystique. And the trouble only gets worse for Ramses. For the spirits never strike where you expect them to in the mirror confrontation with yourself...

The grafting of a story that is totally out of the ordinary onto a very realistic capture of the atmosphere (special mention to cinematographer Sylvain Verdet, in particular for the numerous night sequences) gives Sons of Ramses the ideal cachet of a bewitching film that is accessible to all and directed with great intensity by Clément Cogitore, who slips under the perfumes of the genre a portrait of the state of a world where children who have come from elsewhere are surviving in squares, right in the heart of the Western kingdom.

Produced by Kazak Productions and co-produced by France 2 Cinéma, Sons of Ramses is sold internationally by mk2 Films.

more about: Sons of Ramses

"What motivates me is creating enigmas, but instead of trying to solve them, I explore them as fully as possible"

CANNES 2022: Karim Leklou shines as a real-false psychic caught in a downward spiral in an excellent social, nocturnal and urban thriller, brilliantly directed by Clément Cogitore

Louise Bourgoin and Samy Belkessa lead the cast of the director’s second feature, which is produced by Kazak and sold by Best Friend Forever

The filmmaker’s second fiction feature, which will begin filming in June, has won the Grand Prix. Les clés de Jade by Jeanne Aslan and Paul Saintillan won a Special Mention 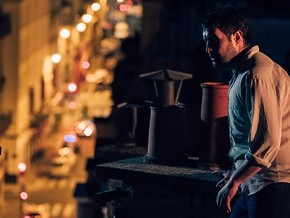 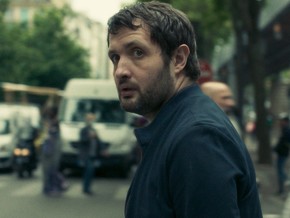