Happiness isn’t too complicated in the Finnish film The Woodcutter Story [+see also:
trailer
interview: Mykko Myllylahti
film profile], premiering in Cannes’ Critics’ Week: happiness is a stable job in a tiny village and a TV dinner shared with your wife. Sweet-natured woodcutter Pepe (Jarkko Lahti) isn’t asking for anything more than that, perfectly content with what he already has. But it still goes to hell, and quickly, because the gods went deaf a long time ago.

In his interviews, director Mikko Myllylahti has been mentioning The Book of Job, in which the righteous protagonist also suffers for absolutely no reason. It brings to mind Eastern European folktales, where the pure of heart somehow manage to stay that way, even when faced with relentless evil. In all of these stories, God, if present at all, is like a bored child torturing an animal, seeing how much it can take. But there is an overwhelming sense of absence in The Woodcutter Story. And if there is no point to this pain and no spiritual reward, you can either take it or crash into the next passing car.

Featuring an interesting cast – from The Gravedigger’s Wife [+see also:
film review
trailer
film profile]’s Omar Abdi to Hannu-Pekka Björkman, who seems to be in every Finnish movie I see, and I don’t even mind – it’s a much crueller tale than The Happiest Day in the Life of Olli Mäki [+see also:
film review
trailer
interview: Juho Kuosmanen
film profile], which Myllylahti co-wrote before. He does seem to enjoy characters that refuse to break down, however, even though the whole world is telling them to. Others might view them as failures, but they are just fine, thanks – that’s how they are built. Pepe is like that as well.

Lahti (the titular Olli Mäki, and who also featured in Myllylahti’s Cannes short Tiger) embraces his wide-eyed innocence and silent film-like expressions. It’s a touching performance, at times almost hilarious (Pepe is the kind of person who asks a ghost “if it’s okay”, much to the ghost’s understandable annoyance). It hurts to see him rejected and lonely, hiccuping when out ice-fishing, but Pepe just won’t acknowledge that “this is the end of our cheerful village”. Probably also for the sake of his kids.

It's all a bit dark, but the sheer oddity of this tale balances it out nicely. The laconic, poker-faced people stomping through snow feel familiar at first, and so does the closing of a sawmill, once again leaving everyone without a job or a purpose, but social drama gives way to exaggerated acting and absurd dialogues. “Tomorrow is Saturday. We are gathering to discuss questions regarding existence,” says one person here, because it’s just that kind of village, while others read Freud in bed, chuckling.

Sudden bouts of violence and never-explained mysteries echo David Lynch a little – if he were to suddenly find himself in Finland, which definitely should happen – and make The Woodcutter Story a surprisingly haunting proposition. A small apocalypse is approaching, that much is sure, but maybe there is something freeing about accepting the fact that life has no meaning. If you decide to be a good person just because it feels right, even when faced with unemployment, loneliness, pandemic or war, there is value in that as well. Especially when there is no one keeping score in the afterlife.

The Woodcutter Story was produced by Finland’s Aamu Film Company, and co-produced by Denmark’s Beofilm, the Netherlands’ Keplerfilm and Germany’s Achtung Panda!. Its sales are handled by Totem Films.

more about: The Woodcutter Story

CANNES 2022: The Finnish filmmaker discusses the details of his story of snow, violence and happiness, which received the Gan Foundation Award for Distribution

CANNES 2022: Andrés Ramírez Pulido’s feature debut has scooped the Grand Prize, while the French Touch Prize was given to Charlotte Wells’ Aftersun and the Rising Star Award went to Zelda Samson

The new section of the laboratory which supports talent from all over the world, will organise initiatives and activities promoting cooperation between Italian entities and their foreign counterparts 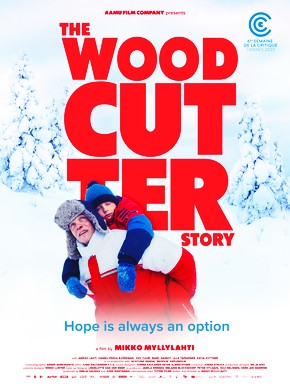 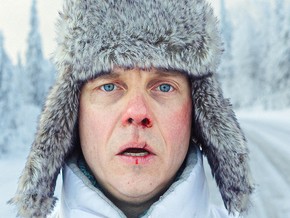 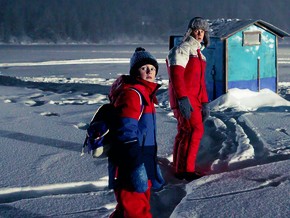