22/05/2022 - CANNES 2022: Simon Rieth sets himself apart with a brilliantly directed first feature, blending realism and fantasy to tell a story about two young brothers bound together by an extraordinary secret

"I saw a new heaven and a new earth, for the first heaven and the first earth had passed away." When a passage from The Book of Revelation makes an appearance, read during a burial service in Simon Rieth’s first feature film Summer Scars [+see also:
trailer
interview: Simon Rieth
film profile] - unveiled in competition within the Critics’ Week line-up of the 75th Cannes Film Festival - we know that we’re in for some extraordinary events, especially when this reading sends one of the deceased’s two sons into a feverish trance. But the startling reality of what comes next goes far beyond our imagination, tipping the film into a fantastical parallel dimension whose inner workings we won’t go into right now, for fear of lessening their impact on the viewer. Let’s just say that it’s about the boundaries between life and death, and two brothers inextricably linked by a secret dating back to their childhood.

This mystery originates on a cliff, not far from Royan, where Tony and Noé (Grégory and Benjamin Lu) challenge one another, sprinting towards the cliff edge and then slamming on the brakes at the last minute. The oldest (roughly eight years old) suffers a spectacular fall but miraculously comes out of it unscathed after losing consciousness. He’s convinced that his little brother was the one who brought him back to life. In addition to this accident, which goes on to inform their relationships in years to come, they suffer another shock: their mother takes them away a few days later, leaving their dad after a morning of shouting and dull, off-screen blows while Tony and Noé had been drinking from their big, yellow breakfast bowls (and listening) in silence. It’s not until ten years later that the two brothers return, for their father’s funeral, leaving behind Cassandre, girlfriend to Tony (who’s still somewhat shaken by the fall). She’s the only person they’ve told about the incident on the cliff.

A decade after this lengthy prologue (lasting close to 18 minutes), they’ve become two very tall and muscular teenagers dressed in brightly coloured hoodies, tracksuits and trainers who return to their childhood home at the height of summer where their father’s body is laid out upstairs. But kids will be kids and they quickly head to the beach where bigmouth Tony (Simon Baur - "I’ll be king"), with his shaved, patchy head – he suffers from alopecia – attempts to pull Margot and Jade, while Noé (Raymond Baur) hangs back. And Cassandre (Maïra Villena) also comes back onto the scene. But between wild parties with local kids and afternoons spent bathing in the shadow of pine trees, it turns out she now feels closer to Noé. And Tony becomes increasingly agitated, under the watchful yet fatalistic eye of his younger brother who knows exactly what’s coming their way…

Attempting a mix of realism and fantasy requires rigorous screenwriting to ensure the film as a whole is credible enough to create real suspense, and, in this sense, it’s a case of mission accomplished for Simon Rieth and Léa Riche, the writers behind the script whose real focus is the influence of brotherly bonds and the transition towards adulthood which requires us to burn bridges with childhood experiences. Summer Scars unravels this thread perfectly by way of its double dimension, whilst also conveying the state of mind and general mood of young people with plenty of feeling. But it’s first and foremost the field of mise en scène where the young French filmmaker distinguishes himself, thanks to his highly sophisticated orchestration of the film’s colour pallet (ever-suggestive settings, anamorphic lens, high contrast light, courtesy of director of photography Marine Atlan, radical variations in the pace and style of sequences, excellent choices in terms of décor colours, etc.). So many qualities which have helped to make Summer Scars the success it is and which also bode well for the filmmaker’s future.

Summer Scars is produced by Les Films du Poisson in co-production with Spade and Smac Productions, and is sold worldwide by Wild Bunch International.

NIFFF unveils the programme for its exciting 21st edition

For his first edition as festival director, Pierre-Yves Walder has concocted a line-up which stays true to the audacious nature of the event

All systems go for the Champs-Elysées Film Festival

French and US independent cinema are the stars of the 11th edition of the event, taking place in Paris from 21 to 28 June

A total of six projects will be featured in the upcoming edition of the programme, and will thus participate in the Development Lab and the First Cut Lab

CANNES 2022: Simon Rieth sets himself apart with a brilliantly directed first feature, blending realism and fantasy to tell a story about two young brothers bound together by an extraordinary secret

14 of the sales agent’s titles will feature in the different Cannes sections, including five in competition courtesy of Claire Denis, Cristian Mungiu, Arnaud Desplechin, Ali Abbasi and the Dardennes

CANNES 2021: A total of six projects will be featured in the inaugural edition of the programme, and will thus participate in the Development Lab and the First Cut Lab 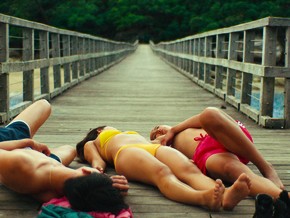 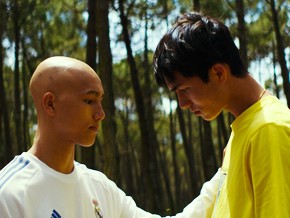