22/05/2022 - CANNES 2022: A Transcarpathian resident breaks the law to help his family in the feature debut by Ukrainian director Dmytro Sukholytkyy-Sobchuk

Leonid, nicknamed “Pamfir” (Oleksandr Yatsentyuk), returns to his village on the border with Romania after spending a lengthy period abroad to earn money. He is met by his teenage son Nazar (Stanislav Potiak) and his wife Olena (Yelena Khokhlatkina), with whom he immediately has passionate sex. He also sees his mother. At home, the usual routine awaits him: Nazar does not want to go to church, but at Olena’s request, he participates in the rehearsal for the church choir. One evening, as he is helping the pastor, an incident occurs – a dramatic fire breaks out in the church. Pamfir surmises that it was his son who was to blame for what happened. Important family documents are burned along with the church, and Pamfir is now forced to resort to smuggling again in order to earn money. These events unfold on the eve of the traditional Malanka carnival.

Pamfir is a very local story. The director explores life in Bukovina, in the Carpathian region. In the film, he uses a special local dialect that will be understood only by Ukrainian viewers. In addition, the picture has a significant visual component, as the frame is sometimes flooded with a luminescent, reddish colour. At one point, bandits in suits attack Pamfir. Their appearance echoes the usual international image of the mafia and brings to mind films such as Lock, Stock and Two Smoking Barrels or Snatch by Guy Ritchie.

Lead actor Oleksandr Yatsentyuk has a very textured appearance, sporting a moustache, characteristic of Western Ukrainian men, and a bulked-up torso. He clearly demonstrates the deep psychological nature of his character. But the actress playing Olena is even stronger than him in this sense – she is by no means assigned a secondary role in the storyline. The film also features a strong vocal scene revolving around a children's choir (the music is courtesy of Laetitia Pansanel-Garric). The design of the carnival costumes for the Malanka holiday is unusual and memorable, which brings a certain charm to the whole film.

Pamfir is an original Ukrainian movie, unlike anything we’ve seen before from the country, which not only speaks about the war (there is also a line about the conflict in the East), but also tells the story of a family tragedy, which will easily resonate with many viewers from different countries.

“Even if we’re talking about absolute good, it always has a side effect”

“We celebrate the diversity of artistic visions”

We chatted with the Ukrainian-born professional, who tells us more about several aspects of the Serbian event that kicks off this Saturday, 16 July

“Establishing contact with viewers does not mean pleasing them at all costs, but rather connecting with their perception” 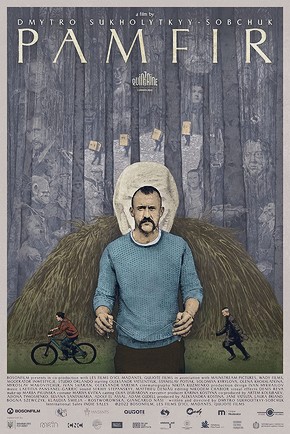 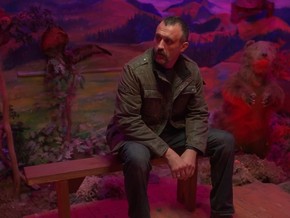