22/05/2022 - CANNES 2022: Serge Bozon offers up a clever, episodic work in the form of a double-bottomed inversion of the legend of Don Juan, played by Tahar Rahim who’s made vulnerable by a many-faced Virginie Efira

Who really is this man taking shape in the mirror, waiting in luxury for a lover more important than any other - because there’s always one like that - but whose gaze is momentarily drawn by a stranger, which his beloved sees from afar before dropping him like a hot potato a few moments ahead of their wedding? As he applies his cinematographic laboratory approach to an inversed, modern re-working of Don Juan [+see also:
trailer
interview: Serge Bozon
film profile] - the famous lothario born from the pen of Tirso de Molina in the 17th century - Serge Bozon opens his box of intellectual and emotional paradoxes wide; enigmas which are radically conceptual and as audaciously natural as eye-colour changing in the sunlight or the music we sometimes invent to sing about our lives, to cry, to console ourselves, to reminisce or even to come to terms with the world’s lack of understanding and the looming shadow of death in the theatre of life.

"It’s a nightmare, I see her everywhere". Unveiled in the Cannes Première section of the 75th Cannes Film Festival, the film follows in the wake of a certain Laurent (Tahar Rahim, excellent in his delivery of a demanding score) who’s suffering and close to drowning, psychologically-speaking, tormented by others’ apparent happiness and the merciless side of the world, yet eternally self-absorbed and a victim of his own impulses as an actor incapable of stepping outside his own role. Because Laurent is an actor who must travel to Granville on the Normandy coast to rehearse Don Juan. And Julie, his beloved fiancée who left him just before their wedding - whom he obsesses over and whom he thinks he recognises in five other women in the film (Virginie Efira, playing five different archetypal characters: a happy woman, a gothic woman, a shy woman, a teacher and a vulgar woman), suffering countless rejections for his relentlessness - is also an actress and she joins the small troupe as a last-minute stand-in. Thus it is that we find Laurent and Julie re-living their tortured and doubt-filled love/lack of love, both in town and on stage. Could a revival be on the cards? A re-conquest? Can men really change when regrets and dead feelings from the past ardently haunt the present, and when an elderly man (Alain Chamfort) insists on prowling around the couple?

"What’s going on?" Once again handing the power over to women in a post-Me-Too style, Serge Bozon and his co-screenwriter Axelle Ropert totally inverse traditional perspectives (much like the film’s songs, which are lightyears away from conventional musical canons) to fashion a highly sophisticated, multiple level work characterised by a sumptuous mise en scène (special mention must be made of director of photography Sébastien Buchmann) and carried by two exceptional artists. But as always, when it comes to the pyramid of concepts and the submersible surface of emotions which the French director likes to interlace, "everything is in our heads" and we need to "place ourselves in other people’s shoes" ("Would you be so gracious as to recognise me, Don Juan?").

“This film lent itself to the idea of a Don Juan who would not be this figure of swaggering manhood, getting everything he wants”

CANNES 2022: After presenting his new musical, the French filmmaker explains why he likes to venture into places that we wouldn’t expect of him

Virginie Efira and Melvil Poupaud stand out in the cast of this Rectangle-produced adaptation of Éric Reinhardt’s novel, embarked upon the director and Audrey Diwan

CANNES 2022: Serge Bozon offers up a clever, episodic work in the form of a double-bottomed inversion of the legend of Don Juan, played by Tahar Rahim who’s made vulnerable by a many-faced...

The German actress and the French actor are toplining Justine Triet’s latest movie, which is produced by Les Films Pelléas and Les Films de Pierre

Paul Kircher, Vincent Lacoste and Juliette Binoche in the cast of the director's new feature, produced by Les Films Pelléas and sold by Pyramide 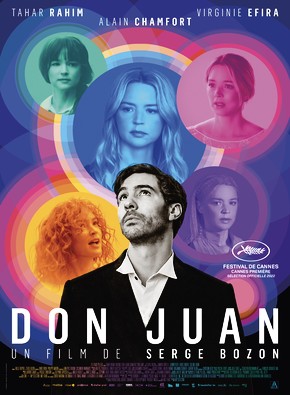 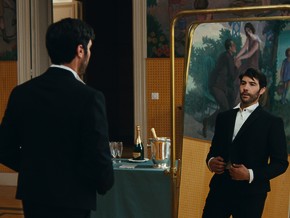 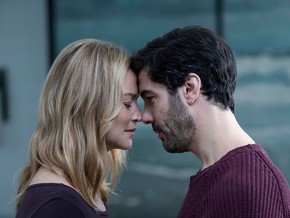 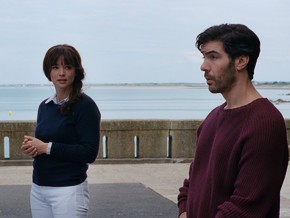 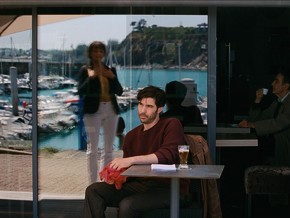 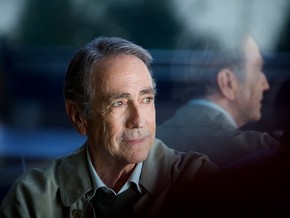