23/05/2022 - CANNES 2022: With the help of her son David Ernaux-Briot, author Annie Ernaux revisits the 1970s through a fascinating documentary of family archives, in her fabulous analytical style

“At the end of winter, in 1972, we bought a Super-8 camera. We had just turned 30 and had two children. (…) A camera was one of the most desirable objects, capable of capturing life and the world.” Annie Ernaux’s novels have recently been a source of inspiration for cinema with Happening [+see also:
film review
trailer
interview: Anamaria Vartolomei
film profile], Simple Passion [+see also:
film review
trailer
interview: Danielle Arbid
film profile] and J’ai aimé vivre là [+see also:
film review
trailer
film profile]. However, the famous French author decided to give directing a try, alongside her son. And it is a good thing she did, as The Super-8 Years [+see also:
interview: Annie Ernaux and David Erna…
film profile] was presented at the Director's Fortnight at the 75th Cannes Film Festival. This fascinating archival documentary explores how the microcosm of family life (and the existence of a woman in search of emancipation) resonates with a decade of societal changes in France and far beyond, all set in a subtle and sublime voice-over by the filmmaker.

As you can most likely tell, the author of this article is a big fan of the writer. Why? Because her personal style masterfully blends an almost critical observation of her environment (sometimes allowing the most banal details to paint a revealing picture) and an existentialist quest leading to constant questioning, in the hopes that she will fulfil her destiny as a human and especially as a woman. The director’s artistic personality finds its ideal field of expression in this immersion in the Super-8 images captured by her husband between 1972 and 1981.

Point by point, the film unfolds and takes new dimensions. First, it’s the portrait of a small family set “amongst the background of the new bourgeoisie” in Annecy, then Cergy-Pontoise: two boys grow up, a marriage becomes more difficult, an old mother living with her children reminds her daughter of her modest background and the summers spent in Ardèche with the in-laws.

Then, there are all the trips, symbolic of a time of openness to the world; trips to Chile in 1972 and even an interview with Allende at the Moneda Palace (unfortunately not filmed), to a vacation place near Tangier, to Albania under the control of Enver Hoxha, to London, Spain, Portugal, Moscow in 1981 and let’s not forget, the first sky trip. The electoral steps of political life in France (from Pompidou to Mitterand) and the path of a housewife who became a writer.

"It was both joyful and melancholic. It was me. It was us". Through these fragments of her history, Annie Ernaux and her son ride the swing of time; they show us the beginnings and the bumps of existence, the places they visited and the people who are now gone. This recomposition assumes clear-cut biases (not everything is explicitly said, far from it), which makes for a documentary with a very personal stamp, giving meaning to a life and taking an angular look at an entire era.

more about: The Super-8 Years

“When I wrote the text for the film, I wrote it with the image”

CANNES 2022: We met up with the famous French author and her son to discuss their documentary and its different levels of reading

All systems go for the Champs-Elysées Film Festival

French and US independent cinema are the stars of the 11th edition of the event, taking place in Paris from 21 to 28 June

CANNES 2022: With the help of her son David Ernaux-Briot, author Annie Ernaux revisits the 1970s through a fascinating documentary of family archives, in her fabulous analytical style 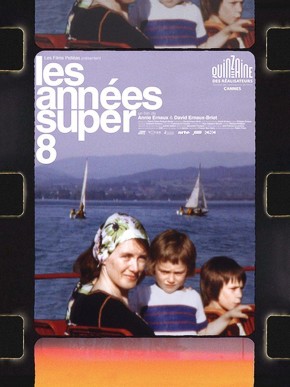 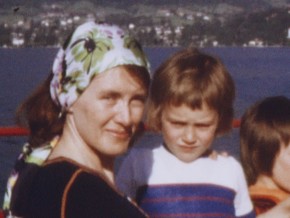