23/05/2022 - CANNES 2022: Erige Sehiri’s new feature has hints of Éric Rohmer as it shows Tunisian women working and flirting on an orchard

Under the Fig Trees [+see also:
trailer
interview: Erige Sehiri
film profile] is all about the truths we only mention in the shade – the secrets we keep, the stories we tell, and the loves that might be the end of us. The fig is often a sexual metaphor in literature that indicates turmoil ahead. Erige Sehiri’s second film is the story of sisterhood, fighting the patriarchy, and generational conflict, all told in the grounds of a beautiful Tunisian orchard. This location brings back memories of the late, great Éric Rohmer, a director who was the master of this sort of fiction, where the beautiful place is a pleasant contrast to the deep-rooted emotional turmoil that becomes apparent in small gestures. No one makes a scene, but much can be made of little eye shifts, who talks to whom, and even how headscarves are worn, in this movie debuting in the Directors’ Fortnight sidebar of the Cannes Film Festival.

The director cut her teeth making the award-winning documentary Railway Men [+see also:
trailer
film profile]. She chooses hand-held shots and close-ups for her fictional debut, which give the film a naturalistic and documentary-like sensibility. Here, she takes a surreptitious look at gender relationships and patriarchy, told through the way her characters flirt at work.

The film works best when it’s indirect. It starts off wonderfully: the agricultural setting suggests that these are people stuck in the past. The girls wait for their boss together, showing how gender norms still prevail here. When the boss arrives, they pack onto the bus like sardines with no rights protecting them.

Sehiri is an intelligent observer of life. While her women seem progressive and liberal, full of freedoms as they talk and flirt with their male colleagues, they’re also trapped by old romantic notions that reinforce gender norms. A fine example of this is Sana (Ameni Fdhili), who dotes on Firas (Firas Amri) but wishes that he was more conservative. Another worker has to deal with the arrival of an old flame. It’s a movie that perfectly captures how ideas of guilt and shame create secrets and lies. It usually avoids didacticism, although in the film’s pivotal scene, a young lady ceremoniously takes off her veil when talking about the hypocrisy of those who pretend to be virgins.

There is much to admire in the cast of unprofessional actors. The older women sort the figs in baskets on the side. They are sidelined by the youth in this society but still have an important part to play in the community. Equally, the conversations they have are about the men who got away, and they tell these stories while being amused and bemused at how tales of the heart never seem to change.

Sometimes, the quick-moving camera darting between the characters makes it difficult to focus. This can, at times, make it tricky to follow all the comings and goings, but it doesn’t really matter, as Sehiri manages to impart a sense of sisterhood, and the importance of it, especially in a patriarchal world where these girls must bring about change in order for them to progress. And that change is not a big, violent, revolutionary act, but just creating a little more honesty (and an acceptance of it) about who they are and what they do under the fig trees.

Under the Fig Trees is a Tunisian-French-Swiss co-production staged by Henia Production, Maneki Films, Akka Films and IGC (In Good Company Films). Its international sales have been entrusted to Luxbox.

more about: Under the Fig Trees

“There is no sign of modernity in nature; it’s in these women, and especially the young girls”

CANNES 2022: The French-Tunisian director and producer breaks down several aspects of her beautiful and timeless narrative feature debut

CANNES 2022: Erige Sehiri’s new feature has hints of Éric Rohmer as it shows Tunisian women working and flirting on an orchard

VENICE 2021: The initiative is intended to back films in post-production from Africa and the Arab countries; all of the awarded projects are being co-produced with European countries

Final Cut in Venice announces its six titles selected for 2021

The nineth edition of the initiative supporting the post-production of films hailing from African countries, as well as from Jordan, Iraq, Lebanon, Palestine and Syria, is unspooling 5 – 7 September 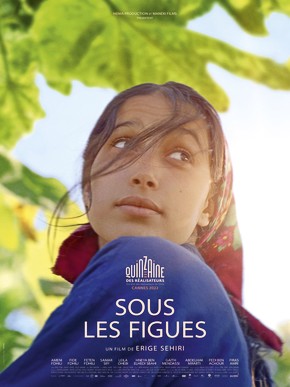 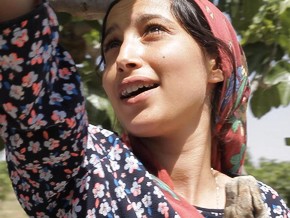