24/05/2022 - CANNES 2022: Andrés Ramírez Pulido’s atmospheric debut feature trawls the murky depths of young delinquents’ criminal past as they undergo therapy in the isolation of the jungle

"If a man doesn’t know himself, he can’t know others and he is alone. Aside for what unites us, where can we find such a mirror? Gathered here today, we can simply exist for ourselves." In the heart of the Colombian jungle, three teenagers chant a strange prayer. Are they part of a sect? No, not really - it’s a curious experimental camp for juvenile delinquents. Such is the surprising context informing La Jauría, Andrés Ramírez Pulido’s first feature film, produced by France and Colombia and presented in competition within the Critics’ Week line-up as part of the 75th Cannes Film Festival.

One of the youngsters overseen by therapist Alvaro (Miguel Viera) and armed prison guard Godoy (Diego Rincon) is Eliú (Jhojan Estiven Jimenez), whom we met in a highly incisive nocturnal prologue, as he committed a crime under the influence of drugs and alcohol and in the company of an accomplice. And this very sidekick rocks up at the camp, a sarcastic and tempting character called El Mono (Maicol Andrés Jimenez), who even describes himself on his admission form as a "thief, conman, gangster, murderer, drug addict and criminal". Other entries on the form include liar, rebel, dealer, bully, bastard, insomniac, epileptic, suicidal, depressive, narcoleptic, suffers from cold, from heat, from visual and auditory hallucinations and from migraines, hypersensitive and quick-tempered… So many traits which might also describe the five other prisoners: Calate, Chucho, Matajudios, Ider and Cabezas.

Alternating highly physical workdays spent clearing the derelict luxurious property (replete with stagnant swimming pool) where the camp is based, with nigh-on shamanistic yoga sessions and karmic confrontations ("I accept my guilt, I’m the only one to blame and I’m here to pay the price for it"), the seven boys are shackled in a decrepit dormitory at night-time. They’re economic slaves who are nonetheless expected to rid themselves of the negative energy which has consumed them thus far (not to mention onerous family pasts). But whilst Eliú tries to go along with it, El Mono dreams only of escaping, of getting back to his former life and to a world made all the more dangerous by the fact that they’ve made disappear the body of a man they killed, which the justice system and the victim’s family (who are thirsty for revenge) are now pressuring them to find…

A portrait of a young, Colombian, rural generation totally intoxicated by and trapped in a spiral of violence, La Jauría is reminiscent of Lucrecia Martel’s La Ciénaga. Endowed with an eminently convincing cast, the film spins a strange web where the invisible plays games with hyperrealism while exploring themes like truth, family and freedom. Because "what’s fairer? That just one person pays or that all the brothers pay for that one person?"

CANNES 2022: Andrés Ramírez Pulido’s feature debut has scooped the Grand Prize, while the French Touch Prize was given to Charlotte Wells’ Aftersun and the Rising Star Award went to Zelda Samson

CANNES 2022: Andrés Ramírez Pulido’s atmospheric debut feature trawls the murky depths of young delinquents’ criminal past as they undergo therapy in the isolation of the jungle 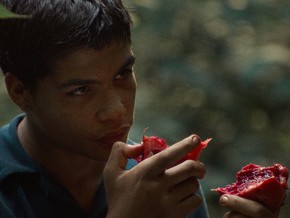 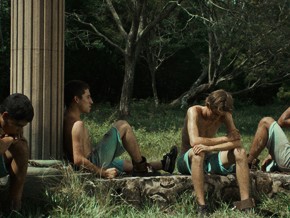 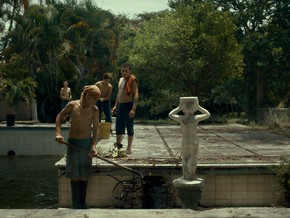 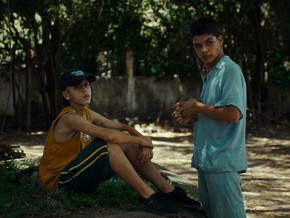 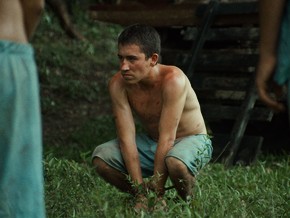 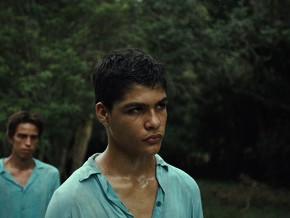