For a country that has spent more than four decades as a proud member of the Marxist-Leninist club, Romania is terribly shy when it comes to exploring its communist past in cinema. Things get a little better with Alexandru Belc’s fiction debut, Metronom [+see also:
trailer
interview: Alexandru Belc
film profile], which is currently competing in the Un Certain Regard sidebar at Cannes, as it carefully recreates an era and shows what happens when a group of teenagers catch the attention of the feared Securitate, the Secret Police with which dictator Nicolae Ceauşescu terrorised an entire country until 1989.

The screenplay, written by Belc, focuses on two teenagers, Ana (excellent newcomer Mara Bugarin, the younger sister of Ioana Bugarin, who received two Gopo nominations this year) and Sorin (Şerban Lazarovici, who has another victim of communism under his belt, in Radu Jude’s Uppercase Print [+see also:
film review
trailer
film profile]). They are in love, but one day, Sorin tells Ana that his family has finally received permission to emigrate to Germany. While Ana makes an effort to keep her spirits high while mourning her relationship, we see her secondary-school colleagues preparing to do something as simple as writing in to a radio programme. But it’s 1972, and in communist Romania, writing letters to Radio Free Europe is forbidden…

The best thing about Metronom is how it succeeds in recreating the Bucharest of 50 years ago. Another impressive accomplishment is the affection with which the film explores the innocence of its young protagonists – an innocence that will soon be under threat. In a film industry where filmmakers are rarely interested in female or young protagonists, Metronom feels like a breath of fresh air, while Ana becomes a true, luminous symbol of a certain attitude towards life. When one knows the difference between good and bad, how can one choose a smidgen of bad in order to save oneself? This is indeed a complicated question…

Although a fiction, Metronom is inspired by Secret Police files, and this is the film’s biggest shortcoming: when you choose the most relevant real-life story, well, this story will always be predictable because everyone already knows it. And this shortcoming becomes even bigger when there is another Romanian movie that treads the same ground (although the events are placed in the present, showing the consequences of a betrayal during the last few years of communism). We don’t even wish to name that film (it was a first feature that competed in Locarno’s Cineasti del Presente competition in 2013), because it would massively spoil Metronom, which is in fact disconcertingly easy to ruin the ending of.

Belc also plays it safe by choosing Vlad Ivanov (the go-to villain in Romanian cinema for the last 15 years) to play Biriş, the Secret Police officer who interrogates Ana after she and her friends are arrested during a dance party. Although their scenes together are very effective in showing the deep contrast between a victim’s innocence and the abuse of power of a man who has made a living by crushing innocence, they also seem artificial, somehow making the characters less “real” and merely representatives of two very different mentalities.

Metronom could have been better, but it still packs an effective punch as it insidiously asks the audience what they would do if in a certain character’s shoes. Most of us would say that we would never have done that, but from the safe distance afforded by history, it’s just such an easy thing to say. Metronom gives context to this question, proving that a straight answer should never be taken for granted.

Metronom was produced by Strada Film International (Romania) and co-produced by Midralgar (France). The film is being handled internationally by Pyramide Films.

“I am a firm believer in cinema’s power of change”

CANNES 2022: The Romanian director talks about freedom, music and the hardships of making a period film in his country

Nine of the titles are feature debuts, several of which have already been screened and acclaimed at international festivals

CANNES 2022: The film by Lise Akoka and Romane Guéret has come out on top, while other awards went to Joyland, Metronom, Corsage, Harka, Mediterranean Fever and Rodéo 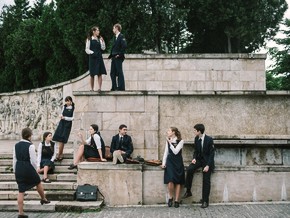 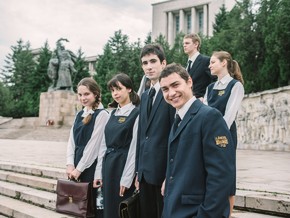 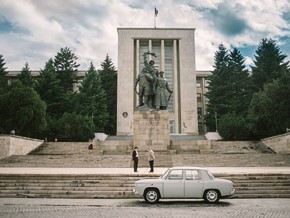 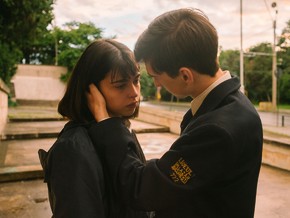 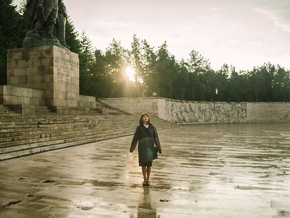