26/05/2022 - CANNES 2022: In Emin Alper’s simmering drama, a naïve small-town prosecutor is blindsided by the corruption of his locale

In Burning Days [+see also:
trailer
interview: Emin Alper
film profile], the new film by Turkish director Emin Alper, a prosecutor witnesses an archetypal Turkish backwater town turn its gradual decline into a free fall. Emre (Selahattin Paşali), fresh off the bus, or so new and prim-looking he could’ve just been released from shrink wrap, is greeted as he touches down in Yaniklar (a fictitious place invented for the film) with what else but a wild boar hunt, complete with live ammunition. Alper has spoken about his story’s applicability to other climes, and viewers familiar with UK politics will be reminded of the 2002 fox-hunting ban and the subsequent Tory outcry – an apt scene-setter for Alper’s concern here with the global rise of nativist politics.

Alper, who’s arguably pushing aside Nuri Bilge Ceylan as the pre-eminent Turkish filmmaker, specialises in highly political films that, like Ceylan’s, have a burnished and theatrical quality to them. Burning Days, premiering in Cannes’ Un Certain Regard, is arguably a broader work than his last film, the Chekhovian drama A Tale of Three Sisters [+see also:
film review
trailer
interview: Emin Alper
interview: Emin Alper
film profile], reminding us of the house style of the US television network that others in the industry are envious of, or else just trying to work with – its motto goes, “It’s not TV; it’s HBO.” There’s more of a to-the-point and businesslike attitude here, compared with his patient and pictorial last feature, and Alper’s filmmaking is maybe deprived of its prior nuance.

If a dead boar wasn’t a good enough welcome present for Emre, Yaniklar has enough skullduggery and backbiting to match Deadwood, Easttown or Westeros. He is susceptible to influence and aims to greet his new subjects in good faith, making an unfortunate judgement early on in the film by dining with Şahin (Erol Babaoğlu), the well-connected son of the incumbent mayor, and the deceptively mild-mannered dentist Kemal (Erdem Şenocak). After a placid, but tense, meal, the raki is wheeled out, and the men get plastered, although not before grilling Emre on his rumoured homosexuality (which has received a new wave of condemnation in Turkey’s Erdoğan era, it should be noted). The local elite’s involvement in sex trafficking is then chillingly hinted at, before the young and mentally impaired Roma woman Pekmez (Eylül Ersöz) is mysteriously wheeled in to dance nude with Şahin and Kemal. Meanwhile, Emre watches this woozily across the room from a settee; in the morning, he’ll realise the raki has been drugged.

The following day, Pekmez is found in another part of the area, showing signs of having been raped and physically assaulted. Emre, with his earnest and straight-arrow sense of justice, embarks on an investigation, which will literally and metaphorically send Yaniklar capsizing into one of its many sinkholes. In a plot strand reminiscent of the masterpiece Chinatown, water scarcity is a contentious issue in the town, and the political class has been using fear and misunderstanding over this to maintain an electoral hold. And Emre is being alternately supported and manipulated by Murat (Ekin Koç), the charismatic and smoulderingly sexy editor-in-chief of the opposition newspaper, whose involvement in the night of the assault sends the prosecutor’s memories of it into a further unreliable haze.

Burning Days is heavy-handed and slightly convoluted, but it makes pertinent observations about contemporary political decline away from the obvious and cynical variety, especially with its use of smartphone images and video leaks as a source of menace and blackmail.

CANNES 2022: The Turkish filmmaker discusses gender and social status (and the disadvantages that come from them) to give us the lowdown on his latest film

CANNES 2022: In Emin Alper’s simmering drama, a naïve small-town prosecutor is blindsided by the corruption of his locale

Close calls for The Match Factory at Cannes

The venerable German sales agent has three titles in the official selection this year, including Lukas Dhont’s competition-bound second feature 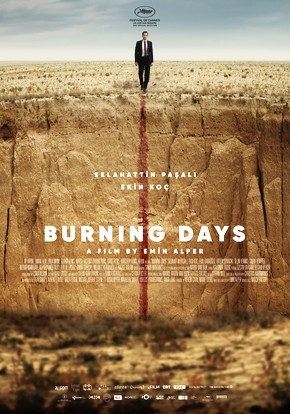 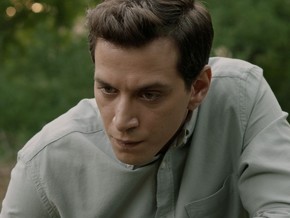 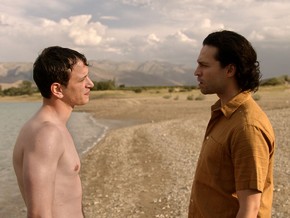 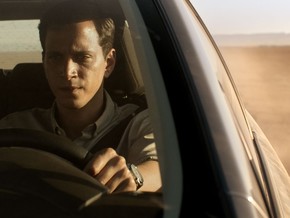 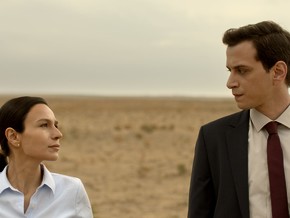 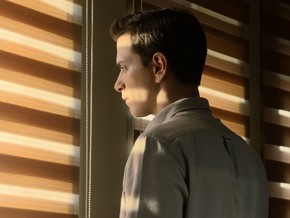