Even before the era of YouTube activism coincided with the pandemic, filmmakers had started putting together such home-made videos and creating documentary films, but often, these amounted to little more than technically competent thematic compilations. However, in his first feature-length film, Figure-Ground, which world-premiered in IDFA's Luminous section and is now screening in Docaviv's Depth of Field competition, Israeli director Tal Elkayam deftly counterpoints two realities of living in the apartheid-ridden country through associative connections, in order to create a real cinematic essay.

The videos come from two places that are just an hour's drive away from each other, but which might as well be on different planets: Tel Aviv beach and the West Bank. On the beach, an air-raid siren blares, and visitors hesitantly get up to leave and then return after ten minutes as the Iron Dome repels the missiles from Gaza. The smoke trails of the missiles are mirrored with tear gas thrown at Palestinian protesters in the following scene. A settler releases his aggressive dog onto a Palestinian's herd of sheep, while at the dog beach, the canines swim and play with their owners. In a Kafkaesque scene, a clueless policeman confiscates a donkey, and a kid rides one on the “First Hebrew Carousel”. A presumably American Jewish woman rants about Trump and Netanyahu as she films the blue sea in a vertical video, and then we see the controversial PM himself standing on the sand against the blood-red sunset, talking about how Israel desalinates water and sends it to India and Latin America. In a West Bank valley, soldiers send off shepherds who have brought their sheep to drink at a well. A kid digs a hole in the sand on the beach, and a bulldozer tears down a water tower...

As the film progresses, Elkayam gradually extends the duration he allows to each video. Now the proceedings are less dynamic but gain an emotional depth as we witness an increasing number of verbal and physical conflicts inside the individual segments. One particularly rage-inducing piece shows inert soldiers not giving a damn that three arrogant, obnoxious Israelis are trespassing on Palestinian land just for joke's sake.

The (lack of) quality of YouTube videos produces an image that would be blurry even on a TV, let alone on the big screen, but it also means the colours are more intense and tend to dissolve into each other, providing an opportunity for a psychedelic transition in the middle of the film. With Elkayam's colour grading and Neal Gibbs' score and sound design, it becomes an apocalyptic, nightmarish vision of fire and smoke, a simple but efficient metaphor.

The fact that the film basically repeats more or less the same point in various ways doesn't make it any less engaging or piercing. Thanks to the changing rhythm of the editing, the power of the individual segments mounts up, so even the juxtapositions that seem overly obvious do not really undermine the viewing experience.

Figure-Ground is a production by Jerusalem-based +5sec, and Raina Films handles the international sales.

The Devil Speaks: Eichmann’s Lost Confession by Yariv Mozer will kickstart the 24th edition of the event 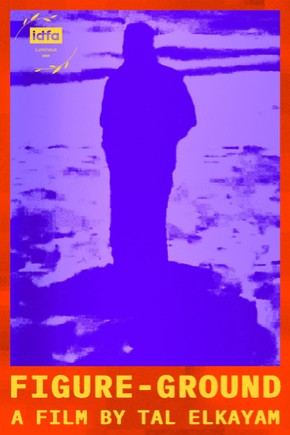