The primary setting of Russian-German filmmaker Natalia Sinelnikova’s We Might as Well Be Dead [+see also:
trailer
interview: Natalia Sinelnikova
film profile] is one bleak house, in the words of Dickens. Deep in a forest clearing, she has found a location that evokes both a pristine leisure centre and a vast, abandoned hospital – somewhere anything but homely for the half-dozen families who call it that. There’s even a creaky lift that looks like it last saw a renovation in 1974. Here, a social allegory will take place that, at times, is deeply felt and specific, and at others, leans towards the obvious, a cousin of JG Ballard’s novel High-Rise, and also the recently Palme-crowned Triangle of Sadness [+see also:
film review
trailer
interview: Ruben Östlund
interview: Ruben Östlund
film profile], where a hermetic physical structure becomes a map of wider society. After a well-received premiere in the Perspektive Deutsches Kino strand of the Berlinale, it is playing in Tribeca’s International Narrative Competition this week.

Whilst this is an admirable debut from Sinelnikova, especially for a project originating from her thesis at Konrad Wolf Film University of Babelsberg, the social commentary can lean towards the generic, and the characters she creates lack definition, with a narrowness to their concerns and tasks. But she excels with the precise dialogue, co-written with Viktor Gallandi, brilliantly subjecting new arrivals into the co-op to a mock due-diligence process: “Have you noticed any noticeable physical or mental changes in the last two weeks? Have you ever been excluded from a community because of antisocial, immoral or rash activities?” And there’s a moving personal resonance, only coming to light as the film reaches its end, deriving from Sinelnikova’s family background as quota refugees from Soviet Russia.

Anna (Romanian actress Ioana Iacob, a regular for Radu Jude) is the community’s head of security, always suppressing a haunted frown and clad in a dark-blue uniform that makes her look more like a cop. Her duties involve the aforementioned screening process (to which her new charges plead, “We smile, we joke, we water the flowers!”), surveying all activities from a multi-screen CCTV booth at the front of the building, and tending to the occasional offbeat complaint from the residents. Her daughter Iris (Pola Geiger), whilst far more troubled, seems to more honestly voice the inner anguish that Anna is feeling: she has locked herself in her room and, in one of the film’s best surrealist gambits, only communicates with her mother through a catflap, her arms extending through the gap every so often for a hug.

The residents have received false information about this: they believe Anna is responsible for impounding her daughter when, in actual fact, the latter has isolated herself due to a strange, superstitious belief she has in the archaic mythological concept of the Evil Eye. This and other micro-aggressions, such as a lost dog and accusations of sexual voyeurism, lead the rest of the community to start railing against Anna, as well as some of its more vulnerable members like its janitor and the local “poet”.

So as we can see, Sinelnikova is putting forward deliberate quirk and oddness, as well as many rich allusions and references (such as to the Yiddish songs of her heritage, and mythology, also seen in the community’s name, St Phoebus). Like many precocious debut films, there’s a sense that the story’s boundaries are elastic enough to include and account for anything, to the work’s success and also to its detriment.

We Might as Well Be Dead is a co-production between Germany and Romania, staged by Heartwake Films, Rundfunk Berlin-Brandenburg and Filmuniversität Babelsberg Konrad Wolf. Its world sales are handed by Fortissimo Films.

Interview: Natalia Sinelnikova • Director of We Might as Well Be Dead

“The camera acted as an aquarium: it was static, but still dynamic and always ever so slightly distorted”

We spoke to the Berlin-based director about her tragicomedy, revolving around a community of people consumed by fear

EXCLUSIVE: Teaser for Berlinale title We Might as Well Be Dead

European flicks The Elderly, Megalomaniac and Orchestrator of Storms will celebrate their world premieres at the Canadian genre festival

Six international projects have been showcased at the event, all of which are European productions or co-productions, with the USA being the only country involved from outside the continent

19 films in production or post-production, currently on the lookout for sales agents or festivals for premieres, will be presented in three showcases from 23-24 November 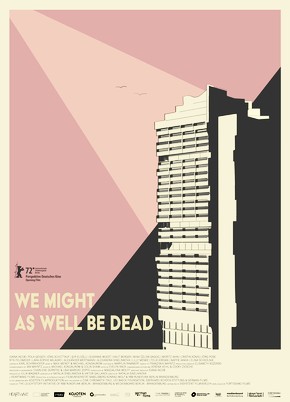 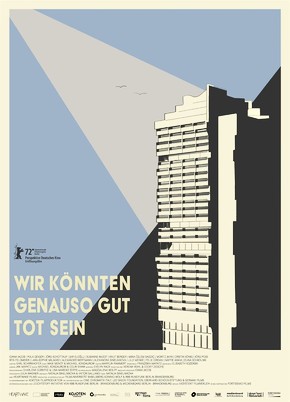 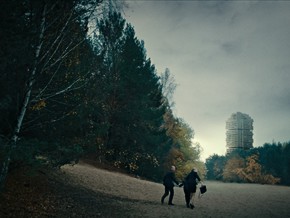 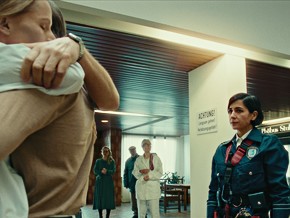 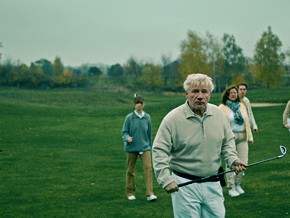 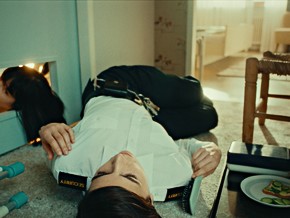 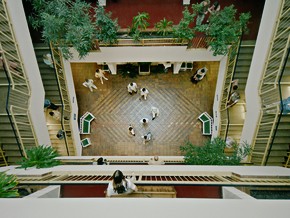