Review: Woman on the Roof

Dorota Pomykala in Woman on the Roof

Based on a true story, Woman on the Roof [+see also:
trailer
film profile] follows 60-year-old Mira (Dorota Pomykala) as she goes out to buy some fish food and then tries to rob a bank. While the entire premise has an air of dark comedy about it, director Anna Jadowska takes a spare, dour and brittle approach as she explores how Mira’s life and identity have been slowly eroded, leaving her to do little more than cry out into the darkness. Yet as the film, premiering in the International Narrative Competition at Tribeca, makes abundantly clear, there is no one there to heed said cry.

After establishing the fractious state of Mira’s psyche at its beginning – showing her precariously teetering on the edge of the roof of the block of flats where she lives – the film swiftly moves on to her moment of clumsy rebellion, threatening a bank teller with a small knife. After it unsurprisingly fails, the majority of the feature deals with the aftermath of her act. A visit to the police station leads to whispers amongst friends and acquaintances. Her husband and son seem ashamed and embarrassed by her behaviour. Later incidents lead to disinterested social workers half-heartedly attempting to get to the bottom of Mira’s behaviour.

But while there is surface concern, there is no one there to actually care. The support networks meant to be on offer for her are just going through the motions. Even when specific reasons for Mira’s behaviour start to reveal themselves, her husband finds little sympathy, and her son prepares to move to the UK. Mira is consistently left alone as she struggles not only with the consequences of her impulsive actions, but also the circumstances that have led her there.

Jadowska makes the world that Mira inhabits one of stark realism, which leaves very little space for levity or love. Cinematographer Ita Zbroniec-Zajt suffuses everything with unforgiving white or icy greys. Even with much of the film taking place against the summer sunlight, it creates the feeling of an environment that is harsh and exposing, rather than warm and forgiving. There’s a creeping sense of both oppression and indifference. It makes for a movie that is often dour and melancholy, though with the tiniest glint of hope.

Much of the success of the picture is down to the astounding performance by Pomykala in the lead role. Effectively in every scene of the film, she carries everything on her back with a quiet power. While she radiates pain, confusion and quiet despair, there is also a constant sense of defiance that goes beyond her failed attempt at a robbery. This quiet push and pull between the deferential and the defensive that lies at the heart of the character gives the film much of its punch.

Ostensibly, Woman on the Roof is a character study that explores notions of the malaise that can hit people as they enter their twilight years, as well as touching upon ideas of those suffering from untreated depression. But the film is also a harsh repudiation of the treatment of women within Polish society. With Poland’s antediluvian views towards abortion as well as a pervading narrative that women should be happy to stay at home and have children, Mira is a stark example of what can happen when one has fulfilled their role. Having raised a child, society has now effectively abandoned Mira, her duties done, and her wants and desires as both a woman and a human being little more than an afterthought. It is perhaps no accident that Mira’s job is that of a midwife who – as the film shows – is seeing a new generation giving birth to children that they don’t necessarily want.

The general dark tone means that Woman on the Roof may struggle to find a broad audience. But festival-goers should flock to it, as it proves a compellingly bleak watch – albeit one with an ending that provides a modicum of hope.

Woman on the Roof is a Polish-Swedish-French co-production staged by Donten & Lacroix Films, Blick Productions and Garagefilm. Its international sales are handled by Paris-based Loco Films.

more about: Woman on the Roof

"Polish cinema's international presence is very strong, and I am certain it will remain so"

At New Horizons, Cineuropa talked with the head of industry about the latest edition of the event and what Polish cinema will bring in the future

Connecting Cottbus reveals its line-up for 2022

Agnieszka Smoczyńska’s English-language debut, which premiered earlier this year at Cannes, has come out on top at the Gdynia-based gathering, scooping a slew of prizes

Review: Woman on the Roof

A full battalion of French sales agents including Coproduction Office (who are wielding Ruben Östlund in competition), Kinology, Gaumont, Pathé and Orange Studio, are taking over the festival

New projects by Marcin Filipowicz and Anna Jadowska are among the winners, while emerging talents were awarded during the New Horizons Studio+

A total of 20 film projects at various stages of production have been invited to the largest industry event in Poland; among them are those by Aleksandra Terpińska, Łukasz Grzegorzek and Anna Jadowska 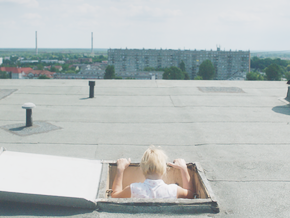 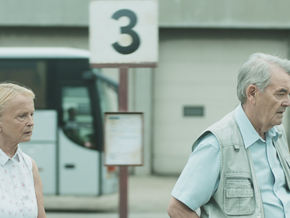