“If you can dream it, you can do it”: this is the quote which appears on the wall of the Youth Culture Centre in Tasiilaq, a remote village populated by 2,000 inhabitants on the East coast of Greenland, located just 100 km away from the Arctic circle and accessible only by helicopter. It’s a quote attributed to Walt Disney, the man who created and shaped the collective imaginary, but it’s also the manifesto running through Kasper Kiertzner’s documentary Tsumu – Where Do You Go With Your Dreams?, which was screened in an international premiere within the 2022 Biografilm Festival’s Contemporary Lives section, as well as in Milan’s 36th MiX International LGBTQ+ Film Festival over the past few days. It’s within this Youth Culture Centre that Eino Taunajik delivers drama lessons for the city’s young people. Alongside his friends Lars Korneliussen and Thomas Jacobsen, Eino is the protagonist of this touching documentary by the Copenhagen-based director.

Tasiilaq isn’t your average end of the Earth location where people die of boredom. It’s ever so slightly worse. Eino relays this to us at the beginning of the feature film, after casually consulting Wikipedia, where he learns that 20% of young people in his city have taken or tried to take their own lives and 50% have been sexually abused. The city’s alcohol issues are so striking that in 2021, its consumption was prohibited by Greenland’s self-governing authorities for two weeks, following a wave of violence. No such violence appears in the film, but it’s palpable in the air and in the eyes of the young boys and girls depicted. With just one or two exceptions, adults don’t appear in any of the shots. Lars, Thomas and Eino like to wear make-up, to dress up in women’s clothes, to have fun and to dance. And we get the feeling that gender identity issues must have made their lives even harder. “People pointed at us and made us feel ashamed”. In a landscape that’s glacial, to say the least, their existences continually waver between an anxious desire to lead full lives and frustration at not being able to spread their wings and fly away. “I’d like to go away for a while’”, one of them reveals, “to enrol myself at the High School in Nuuk”, which, at 700km away, is their closest city. But something bordering on an emergency keeps them there.

This is why drama and its huge therapeutic force is so important. It’s a place where people can express what has happened to them and covey the injustice of it all, where there’s a possibility to take back control over their lives by way of a symbolic language, of illuminating a black box, as Joël Jouanneau would have said. “We’re the last hope for this place”, Eino explains. Reality lies outside: the many sons taken away from alcoholic mothers and the recent memory of a sister who took her own life in the bath while her two children were playing nearby.

With great skill and sensitivity, Kasper Kiertzner frees himself from the aesthetic canons characterising the documentary form and hands the camera over to his protagonists (who are actually credited as directors of photography alongside Jonas Möller) who use it to confess their feelings in their Tunumiit dialect; he gives free rein to their histrionics, he leaves space for randomness, at certain points he gets them to pose in the village’s deserted streets, he films them as they navigate their way between the rocks, and he uses old film or video footage he finds on their mobile phones. And all of these images are shot through with a profound humanity, a desire to share which is neither condescending nor sentimental, but pure documentation of what’s hidden beneath our skin. And, of course, within their dreams.

more about: Tsumu - Where Do You Go with Your Dreams? 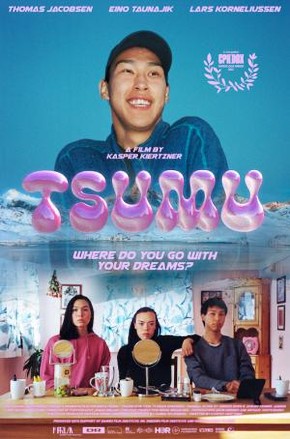 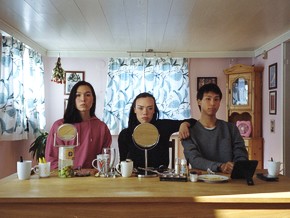