08/08/2022 - Juliette Binoche fully commits, obviously, to her role as a Canadian trucker in Anna Gutto's debut feature, but the whole thing feels a bit off

Paradise Highway [+see also:
trailer
film profile], the feature debut by Norway’s Anna Gutto already generated some interest before its premiere at the Locarno Film Festival all thanks to its inspired – or completely bonkers – idea of casting Juliette Binoche as a Canadian trucker called Sally who keeps to herself on the road and smuggles on the side to help out her jailed brother, since otherwise some bad people are going to kill him.

Their relationship is strong but a tad codependent after a lifetime of hurt, with Sally unable to say no to him. One day, the cargo she picks up turns out to be a very young girl – already high-heeled and on her way to be horrifically abused. Sally, who also harbours some painful secrets, tries her best not to think about what is awaiting the trafficked child in the future. But one violent shuffle later and they are “in this together” and on the run. “You might have shot him, but I left him to die” sums up Sally, because she is just good with one-liners.

Binoche fully commits, obviously, but the whole thing feels a bit off. In short, the film is not bad enough to garner a cult following in the future, and way too familiar to truly engage audiences. Gutto adds layers of darkness to the story – which probably convinced Locarno this would make for an acceptable festival premiere – but it still has “straight to DVD” written all over it.

Paradise Highway is at its most interesting when Gutto forgets about the silly plot for a minute and focuses on the truckers, their rules and their community full of hardened females that will keep you company when you are driving alone but also step in when needed. When Sally explains to her new passenger how to survive on the road (hairspray that’s really a pepper spray and a man’s jacket left on the driver’s seat, always), that’s when Gutto has something special. In another world, perhaps this film could have been something like Chloé Zhao’s Nomadland, an observation of another invisible community taking it one day at the time. But not this time, and it's soon back to the chase that no one seems to have any energy for.

What doesn’t help is that almost everyone here is a walking cliché: there is a retired FBI agent who has seen it all and doesn’t have time for “bureaucracy” (Morgan Freeman), and a suited-up rookie who’s about to learn things the hard way (Cameron Monaghan). There is someone asking for one last favour, even though they always go wrong, and a moment of bonding over a singalong.

Paradise Highway is not a full-on failure but it does feel pointless, and too generic to generate any significant buzz. That being said, it features a scene where plaid-shirted Binoche tells Easter Bunny to "fuck off," which I guess makes it one of a kind after all.

Juliette Binoche fully commits, obviously, to her role as a Canadian trucker in Anna Gutto's debut feature, but the whole thing feels a bit off 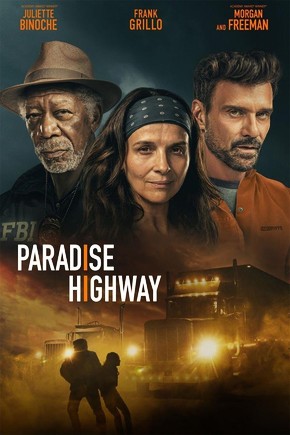 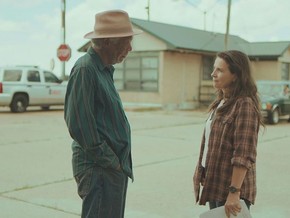 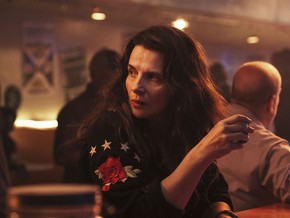 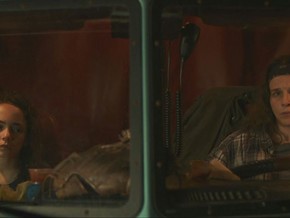 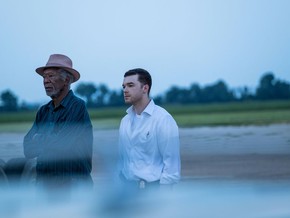 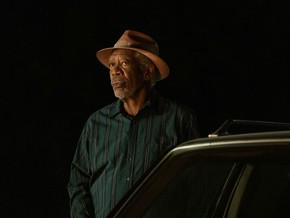 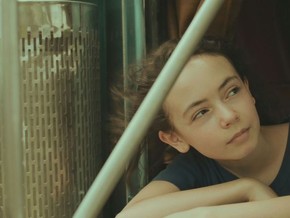