It’s the 1970s and the Angolan War of Independence is still ongoing, although people are frankly exhausted. It’s no longer about winning, it seems. It’s about surviving somehow and keeping one’s sanity intact, although that ship has probably sailed long ago.

Portuguese filmmaker Carlos Conceição, born in Angola, invokes the ghosts of the colonial past in his interesting Locarno Film Festival Competition premiere Tommy Guns [+see also:
trailer
interview: Carlos Conceição
film profile], but doesn’t necessarily stay there. As his pretty young characters slowly go crazy, left alone in nature and numbed out by the boredom, it’s as if he were quoting cinema history at times – especially its famous takes on the Vietnam War. Which makes sense, since wars are always the same, observes someone, and there is something utterly scary about that statement. If they are, it means that people learn nothing and the circle of madness always begins all over again.

Tommy Guns’ original title Nação Valente (borrowed from the Portuguese anthem) might be all about the “brave nation,” but the concept of patriotism is certainly questioned here. Conceição builds on a specific situation, an uprising that showed just how flawed the idea of being on the “right side” really is, but he skips another history lesson. It’s not about concrete dates or the forgotten names of leaders; it’s about issues that remain problematic also today. That renders his film more universal and, therefore, more uncomfortable as well.

It could be said that Conceição’s film is about conflict in general, but also and more specifically between men and women. Almost every interaction between them is punctured by violence – a rare moment of quiet and tenderness between a local girl and a Portuguese soldier ends in a shocking twist. This director is all about surprises, with one storyline granted an almost Shyamalan-like ending. But such decisions, which could easily turn into a silly gimmick, don’t overshadow these complex encounters at all. As a group of men silently watches a woman strip and then accuses her of bringing evil under their roof, there is a true ring to it. There always needs to be someone to blame, someone who allegedly leads others astray, even if that's not true.

Adding some absurd flashes to the already very layered story – a painting of Brigitte Bardot has a proper cameo – Conceição points out how war is all about creating one’s own reality and convincing others they always need to be ready because “the enemy” is approaching. Back then or today, people keep on believing, manipulated beyond recognition and stuck in their barracks, and if they are driven by fear, all the better. A little bit of genre also makes an appearance and, in the end, why wouldn’t it? After all, war is pure horror.

Tommy Guns was produced by Terratreme Filmes and co-produced by Virginie Films and Mirabilis. Wide handles the sales.

“It’s all about breaking down walls and old ideas”

"Cinema is what we want it to be" 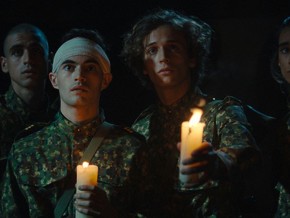 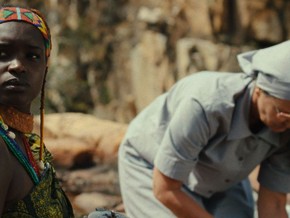 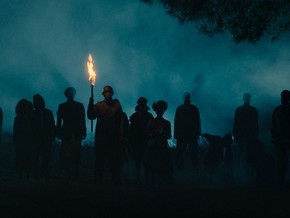