Everybody needs a safe place, both in the physical and the metaphorical sense. For instance, safety is the key component of the concepts of home and family, which are rooted so deep in our society and our psychology. But what if the safe place is denied for somebody? That is the question the characters have to deal with in Safe Place [+see also:
trailer
interview: Juraj Lerotić
film profile], the feature-length debut by Croatian filmmaker Juraj Lerotić that premiered in Locarno’s Cineasti del presente competition.

The opening quote is as foreboding as it is poetic. It states: “If none of this had happened, I could have told you: Look, this is your building, count to twenty and I’ll come running into the scene”. It could probably be attributed to the protagonist of the film, Bruno, played by Lerotić himself, because it is just what happens in the first twenty or so seconds of the film, as he comes running into a scene, rushing towards a nondescript building and breaking the door to enter it. The next door Bruno breaks is that of the apartment his brother Damir (Goran Marković of The High Sun [+see also:
film review
trailer
interview: Dalibor Matanic
interview: Tihana Lazovic
film profile] fame) lives in. As we learn, Damir has attempted suicide and the intensity of his effort in that direction far exceeds the level of a common “cry for help.”

Safe Place follows the two brothers and their mother (character actress Snježana Sinovičić Šiškov, as reliable as always), who comes into the picture over the course of the next 24 hours. During that period of time, Bruno and the mother have to protect Damir not just from himself, but also from the unsympathetic system consisting of rude and suspicious members of the police and the robotic, sometimes even arrogant medical personnel. The safe place they want to reach in every sense of the word proves to be quite elusive.

Lerotić's film is certainly moody, not just because of Damir's incoherent stream of thoughts, but also because of the filmmaker's unorthodox but fitting stylistic decisions that provoke thinking and open different possibilities for plot-steering. For instance, the choice of a 5:3 aspect ratio and the angles the Zagreb exterior locations are filmed from suggest that Lerotić tries to highlight Damir's anxiety, but when the action moves to Split, filmed in a different fashion by cinematographer Marko Brdar, the expected relief does not come after all. At one point, Lerotić even manages to seamlessly transfer the action from the realm of hyper-realism to some kind of speculative dream reality, only to end it with an abrupt cut by editor Marko Ferković, while the droning noise present in Julij Zornik’s sound design right from the start slowly fizzles out.

Not everything works perfectly logically in Lerotić's vision. There is a stark contrast between the deliberately slow pacing laced with quite a bit of idle running and the sheer number of events and actions taken over the course of supposedly just one day, but it can also be seen as a step into Bruno’s quite fuzzy perspective of the situation in which he can only be a limitedly active participant. In the end, Safe Place is a tense psychological drama that treats its serious topic from a sincere point of view belonging to those indirectly affected by it.

Safe Place is a Croatian-Slovenian co-production with Pipser as the main production company, and Zelena zraka as first co-producer. It's sold by Cercamon, and it was supported by the Croatian Audiovisual Centre, the Slovenian Film Centre, Croatian Radiotelevision and Eurimages.

“My film is about a traumatic event, a sudden rift in everyday life, a loss of control”

We got the chance to talk to the director of the Cineuropa Award-winning film, the protagonist of which is caught between the unlimited support of his family and a dysfunctional health system

Josip Žuvan’s debut feature, about feuding families and kids chasing online fame, is rich in detail and deeply rooted in the Croatian way of life

Juraj Lerotić has won the Best Feature Film Award and the Cineuropa Award for his powerful movie, as well as a Best Actor gong for his own performance

Running from 12-19 August, the festival will showcase 51 films in its four competitive sections, with 21 of those being world premieres

New titles by Igor Bezinović, Ivana Mladenović, Vuk Ršumović and Srdjan Vuletić are among the 13 projects in the selection 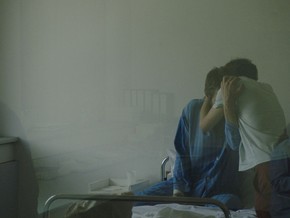 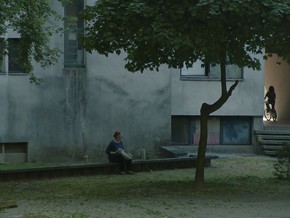 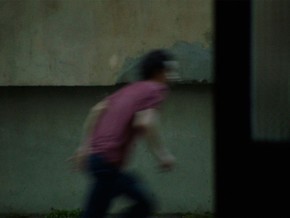