15/08/2022 - The prolific Austrian filmmaker Nikolaus Geyrhalter continues his investigation into the world around us, this time focusing on waste disposal and the people who make it possible

For his latest documentary film Matter Out of Place [+see also:
trailer
interview: Nikolaus Geyrhalter
film profile], screened in the International Competition at the Locarno Film Festival and winner of the brand-new Green Leopard WWF (read news), Nikolaus Geyrhalter has certainly not chosen the sexiest subject. The issue of waste, the smells it gives off and the link with the inevitable process of decomposition it undergoes, is not only repulsive but also and above all uncomfortable. Their existence is undeniable but very often strategically relegated to the margins of our minds as something vaguely shameful. Nikolaus Geyrhalter therefore takes us off guard, by showing us directly what we produce without complexes and without caring too much about those who will deal with it. The nonchalance with which the director turns waste into pure beauty is both frightening and intriguing.

Accustomed to catching us off-guard, Nikolaus Geyrhalter never ceases to disrupt our view of the world, the way we interact with the planet and its resources. Without ever turning into a mere accuser of an exploitation that is now obvious, the Austrian director prefers to blow out of proportion a mechanism that reveals all its tragicomic nature, leaving the spectator free to interpret what they see. From the meticulous observation of industrial food production in Our Daily Bread (2005), to the exploration of places completely abandoned by man (Homo Sapiens [+see also:
trailer
interview: Nikolaus Geyrhalter
film profile]), to the recent Earth [+see also:
film review
trailer
interview: Nikolaus Geyrhalter
film profile], which confronts us with our constant need to take possession of a space that does not belong to us, Geyrhalter urges viewers to look into the face of a reality they would much rather forget.

What makes the Austrian director's films particularly interesting, and which we find in his latest Matter Out of Place, is their ability to remain light and even playful despite the seriousness of the themes they deal with – a shock of perspectives that puts forward with even greater force the absurdity of what they show us. Like its predecessors, Matter Out of Place is a film that makes us uncomfortable because it confronts us with the aesthetic beauty of production practices, those of waste, which are undoubtedly condemnable. Beauty and horror (linked to the inevitable consequences of our acts) elegantly duet, forcing us to consciously observe a reality too often (conveniently) ignored. Turning waste into art certainly takes courage and a good dose of nerve, something which this filmmaker undoubtedly seems to possess.

"Out of sight, out of mind," says a German researcher at the beginning of the film, referring to the mountain of rubbish hiding under a green field used for decades as a dumping ground – a line (one of the very few in the film) that in itself could sum up the whole film. Geyrhalter indeed depicts situations and characters from the shadows that allow our rubbish to pass almost unnoticed, people who take on our guilt by allowing the spoilt and monstrous adolescents we have become to continue to play at will with nature's resources.

From the German scientists at the beginning of the film, to the activists who organise on a global level to try to clean up the planet, to the sweepers of a megalopolis (probably Indian) who try to clean up gigantic cities with the derisory means at their disposal, to the hyper-technological waste disposal of a Valais ski resort, without forgetting the divers and cleaners of an immense rave party in the desert, the situations multiply, more and more impressive. Geyrhalter opens our eyes to a submerged universe that is everyday life for many, and he does so with a precision that fascinates and disquiets.

Matter Out of Place was produced by Nikolaus Geyrhalter Filmproduktion and is sold internationally by Autlook Filmsales.

more about: Matter Out of Place

Interview: Nikolaus Geyrhalter • Director of Matter Out of Place

EXCLUSIVE: Trailer for Locarno competition title Matter Out of Place

Nikolaus Geyrhalter’s new feature is about human-made refuse, which surrounds us everywhere, all the time

“We’ve tried to develop effective dialogue with the public, both quantitively and qualitatively”

Heading up the Locarno Film Festival for the second year running, the artistic director discussed the event’s 75th-anniversary edition

The prolific Austrian filmmaker Nikolaus Geyrhalter continues his investigation into the world around us, this time focusing on waste disposal and the people who make it possible 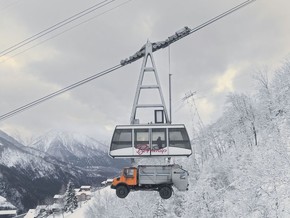 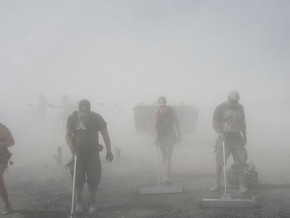 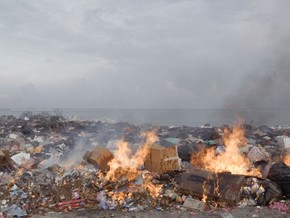 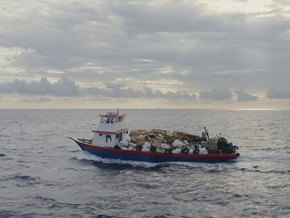 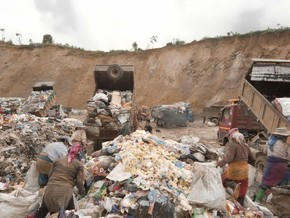 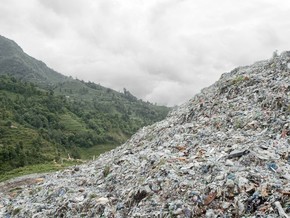