Sophie Marceau in A Woman

French director Jean-Paul Civeyrac is certainly no novice, his first feature film Ni d'Ève, ni d'Adam dates in fact from 1996, followed by a well-stocked series of feature films (nine to be precise) and shorts. A Woman, screened on the big screen of the Piazza Grande at the Locarno Film Festival, adds to the long and fruitful list of his film works, a detective film in which Sophie Marceau is omnipresent. Her face, her physical presence, are in fact the film's true guiding thread (not to say obsession), a sort of muse attempting to give it the depth it sadly lacks. Her face, almost impassive from beginning to end, fails to express a psychological evolution that always remains in an embryonic state.

Juliane (Marceau), police commissioner in Paris, lives a quiet bourgeois existence in a huge country villa next to her husband (Johan Heldenbergh), a character whose past (but also present) is unknown to us (what he does for a living or what his origins are remains a mystery). The only thing we know is his surname, which we can assume to be Flemish, although this, it should be emphasised, does not affect the story in the slightest. Despite a bourgeois lethargy that is at times distressing, Juliane senses that something in her couple is not working, that her husband is hiding, behind an apparent nonchalance, secrets that he cannot or will not reveal. The anniversary of her sister's death lights a spark in the policewoman which will drive her to investigate her husband's (double) life. What she discovers will lead her to commit acts of violence that she believes will free her from a rage that has become seemingly uncontrollable.

"I had been thinking for a long time about a character with a rectitude of behaviour, a critical point and, in the end, an access to a deeper inner truth," Jean-Paul Civeyrac remarks about the character embodied by Sophie Marceau, a psychological depth, an "inner truth" unfortunately absent from the film. Despite a constant, obsessive presence of the actress that takes possession of practically every scene, her character seems trapped in a block of ice that reflects only her impassive face. What are her profound motivations? What role does her encounter with an abused woman play in her plan for revenge? In a very traditionalist (and patriarchal) vision of the genders (strictly binary), Civeyrac stages the clichés of a woman in the grip of an 'extreme' romantic disappointment, a woman who, unlike her husband (fiery and unfailingly lying), has no need to satisfy her urges, feels no desire, because she is rightly a 'woman', a being to be protected like a delicate flower ('she is a pure heart,’ the husband tells his lover). Only her husband's betrayal will trigger in her a revolt mechanism linked to a narcissistic wound that is difficult to heal. The film stages yet another betrayed female character (the only reason for revolt), the victim of a one-sided, hegemonic and predatory masculinity.

A Woman (the original title translates to ‘a woman of our times, but why this title? Still an unsolved enigma) could have intrigued thanks to the union of seemingly opposing universes: the auteur (which dominates Civeyrac's cinema) and the popular (thanks to the presence of Marceau) but unfortunately the result does not live up to expectations. A character who seems emotionless, Juliane fails to convey to us her inner world, a world that in the director's mind seems incandescent but which unfortunately presents itself to us like a bonfire from which only smoke emanates.

A Woman was produced by Moby Dick Films and Iliade et Films and is sold internationally by Kinology.

more about: A Woman

The 15th hunt for the Valois d’Or opens in Angoulême

With its 10-title competition at the top of an XXL programme very rich in premieres, the new edition of the Francophone Film Festival will unfold from 23 to 28 August

15 films to be touted in Berlin by Kinology

Yasmine Benkiran's Queens has been added to the sales agent’s slate, which also includes Emmanuel Mouret, Jean-Paul Civeyrac and Manu Laskar, as well as Luc Besson’s reboot of the Arthur franchise

Four of a kind in competition for Kinology in Cannes

The French sales agent is selling the films by Mia Hansen-Løve, Catherine Corsini, Leos Carax and Nadav Lapid, competing for the Palme d’Or, but also some powerful assets in post-production

Filming imminent on Emmanuel Mouret’s Diary of a Fleeting Affair

Shooting to begin imminently on A Woman

Sophie Marceau and Johan Heldenbergh lead the cast of Jean-Paul Civeyrac’s new movie, a Moby Dick Films production which will be sold by Kinology 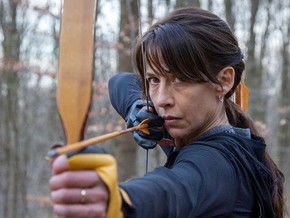