02/09/2022 - VENICE 2022: A whistleblower or a malingerer? Jean-Paul Salomé’s captivating thriller looks back on the real-life misadventures of a trade unionist played by the great Isabelle Huppert

Isabelle Huppert in The Sitting Duck

"When I make promises, it’s not just talk. I do everything I can to keep them." Being the trade union poster child for a multinational organisation with very close connections to different countries opens doors at the highest industrial and political levels. But when you try to hinder the interests of the most powerful players, the backlash can prove particularly brutal, especially when you’re a woman in a world dominated by men, as Maureen Kearney - French nuclear giant Areva’s CFDT (French Democratic Confederation of Labour) delegate for twenty or so years - discovered by at her own cost. And it was this true story which inspired Jean-Paul Salomé to make the highly effective and fascinating thriller The Sitting Duck [+see also:
trailer
film profile], unveiled in the 79th Venice Film Festival’s Orizzonti line-up.

On 7 December 2012, Maureen (the ever-perfect Isabelle Huppert) was found by her cleaning lady in the basement of her suburban Paris home. Tied to a chair, she had a hat pulled over her head, the letter « A » carved into her stomach and the handle of the knife responsible for the engraving shoved inside her vagina. This opening scene of the film proves central to the two-pronged story it tells (the brilliant screenplay was penned by the director alongside Fadette Drouard, based upon Caroline Michel-Aguirre’s book La Syndicaliste). The story then takes us several months back in time. Areva’s CEO Anne Lauvergeon (Marina Foïs), who always worked well with Maureen, is getting ready to step down. Luc Oursel (Yvan Attal), whom neither of the women like, and vice versa, is set to succeed her. A “big mouth” soon reveals to Maureen that Henri Proglio, who directs the other national energy giant, EDF, is secretly manoeuvring beneath the State’s radars to form an alliance with a Chinese group in order to build low-cost nuclear power stations with Areva. Determined to warn the authorities, Maureen awaits the verdict of the presidential election and, once the socialists are back in power, informs the Minister of Finance, Arnaud Montebourg, who plays for time, and then other members of parliament. Despite advice to tread carefully, and (increasingly direct) intimidation attempts, she makes an appointment with the President of the Republic. But she never gets to see him on account of the attack which takes place that same morning. Worse still, the gendarmerie in charge of the inquiry are starting to question her sincerity, suspecting her of making false claims. But what if this were the case?

"What are you playing at?", "do you get off on appearing more important than you are?", "stay out of other people’s business, that’s your last warning", "I’ll smash you to pieces"… The film conveys to perfection the violence that can break out at any time in the seemingly smooth world of business, the extreme difficulty involved in extracting and accepting the truth revealed by whistleblowers, the vicious alliances which are woven where needed in order to silence them, and the additional ardour required by women on account of the female condition. Well-paced and impressively constructed, The Sitting Duck also explores the dangerously obsessive and addictive nature of power and of overinvesting in work, injecting just enough nuance for the movie to appeal to the wider public as a fascinating work, and to encourage crucial social reflection.

The Sitting Duck is produced by Le Bureau in co-production with France 2 Cinéma, Germany’s Heimatfilm, Restons Groupés Productions and Les Films du Camélia. Sales are entrusted to The Bureau Sales.

more about: The Sitting Duck

Produced by Les Films du Worso and sold by Pyramide International, the filmmaker’s latest movie is toplined by the French star alongside Hafsia Herzi and Nahuel Pérez Biscayart

VENICE 2022: A whistleblower or a malingerer? Jean-Paul Salomé’s captivating thriller looks back on the real-life misadventures of a trade unionist played by the great Isabelle Huppert 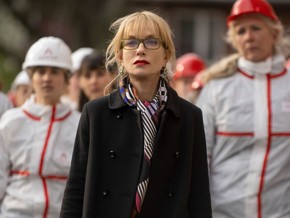 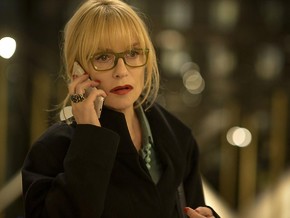