Review: The Happiest Man in the World

04/09/2022 - VENICE 2022: Thirty years on, the war in Bosnia still festers under the surface, its wounds ready to erupt at any point, as Teona Strugar Mitevska’s feature demonstrates

Beginnings are never truly fresh; they are haunted and influenced by experiences that have come before. Asja (Jelena Kordić Kuret) is 45 years old, single and still hoping to start a family. Her mother has set her up on a speed-dating event – a chance to meet new people. But even at these unsuspecting moments, trauma can be triggered and lines drawn anew in the sand, as Teona Strugar Mitevska’s The Happiest Man in the World [+see also:
trailer
interview: Teona Strugar Mitevska
film profile], which has premiered in the Orizzonti section of the 79th Venice International Film Festival, shows.

Crammed into a brutalist-style hotel, affording a peek at long-gone Yugoslav days, Asja subjects herself to a demanding, somewhat embarrassing circus of matching pink shirts, name tags and awkward social games. The rooms between which the participants are ushered have illustrious names such as Zurich and Basel, but the place itself suggests little of Switzerland’s infamous neutrality. Outside, the city is a conglomerate of modern architecture and buildings on which decades-old bullet holes still form terrifying patterns.

Inside, it is the cultural divide that keeps rearing its ugly head. “You’re not a Serb?” is one of the first questions that Asja’s compatriot Aida (Vedrana Božinović) immediately asks her assigned date. In other rounds of questions, religious affiliations are treated less as a belief system, and more as a way of identifying national groups. Being a Serb, a Croat or a Muslim can still be a demarcation line.

Asja’s date Zoran (Adnan Omerović) begins pushing these boundaries. He didn’t come to find love; he came to find forgiveness. His matching with Asja is no coincidence. The two have a shared past, one they will have to revisit throughout the event, which in turn is becoming more and more explosive with each confrontation, each question asked and each answer given.

In between group activities, mediocre lunch options and a collective of colourful characters, ranging from veterans and war victims to people born after the war, Asja can’t help but make her past with Zoran a topic of public debate, turning her fellow romance seekers into the judge, jury and executioner of his character. But after all these years, what is an appropriate response? This is what Teona Strugar Mitevska and her co-writer Elma Tataragić seem to be asking. The responses in the room vary. All of them are traumatised, and as Aida declares, “Your story is not more important.” Sabina (Mona Muratović), not born into the conflict, is annoyed, while veteran Asim (Iduzin Bajrović) wants to talk war tactics.

Strugar Mitevska lets these moments erupt into tightly filmed chaos, serving as a juxtaposition to the earlier harmony that was nurtured during the games. But even at those points, as trust seemed to be the order of the day, moments of uncertainty and doubt kept bubbling up. The confession that being bullied as a child is Asja’s worst childhood memory enrages Zoran. “Why are you lying?” he shouts. Moments later, when he is tasked to tell three truths and one lie, two of his answers are “I am the happiest man in the world” and “I’ve been to Mars,” making one wonder if he did actually make that trip to outer space.

Where the story falls flat, though, is in failing to allow those grey areas of “perpetrator” and “victim” to encompass all of the past, unpleasant truths. To build Zoran’s character, the script draws on the well-worn notion of “following orders”: he didn’t want to be there, he regrets it, and somehow that absolves him. Otherwise, The Happiest Man in the World is an interesting take on lasting trauma, while also employing dry, sly humour by taking a closer look at the embarrassment and ensuing chaos of partaking in blind dates.

more about: The Happiest Man in the World

Interview: Teona Strugar Mitevska • Director of The Happiest Man in the World

“I will never be able to shoot films in any other way, going to the heart of the emotion, in the truth of the moment”

The Macedonian filmmaker tells us about her latest film, unveiled in the Orizzonti programme in Venice, and in Competition at Les Arcs Film Festival

The producers of the film by Teona Strugar Mitevska are invited to speak about their collaboration and the financing of their film, which has received Eurimages support

We met with the director of the French festival, whose 23rd edition is unspooling 4 – 13 November

Tizza Covi and Rainer Frimmel’s movie wins the Crystal Arrow, The Happiest Man in the World scoops the Grand Prize, and Annabelle Lengronne and Yothin Clavenzani are crowned best actors 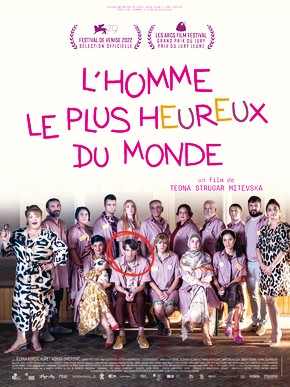 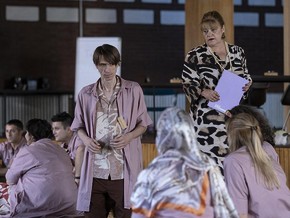 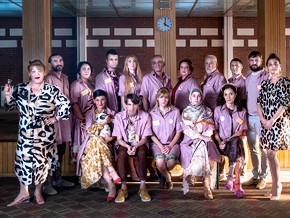 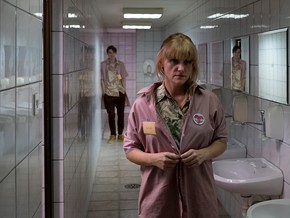