07/09/2022 - VENICE 2022: Documentary-maker Alice Diop ventures into fiction with a sharp, singular and cryptic film exploring the surface and plunging the deepest depths of an infanticide trial

"What pain (…) I am lost in the night". By squeezing this extract written by Marguerite Duras for Alain Resnais’ Hiroshima mon amour into the beginning of her first fiction feature film Saint Omer [+see also:
trailer
interview: Alice Diop
film profile], and juxtaposing it with archive footage of French women whose heads had been shaved following the Liberation for having slept with German soldiers, French filmmaker Alice Diop reveals one of the secret ambitions of her film, an abrupt, incisive and skilfully opaque offering presented in competition at the 79th Venice Film Festival: to use "the power of storytelling to sublimate the real".

Add to this a strong subject (an infanticide trial, closely inspired by a true story) which drills down into the highly complex reflections of human monstrosity, the director’s expertise as a documentary-maker allied with Claire Mathon’s pictorial photography, the question of blackness in French society, a pinch of subliminal philosophy (Wittgenstein is mentioned, for whom "what we can’t say, we shouldn’t say"), an organically interwoven narrative thread with multiple echoes between mothers and daughters (and daughters and mothers), the question of individual responsibility and society’s influence on our destiny, and two charismatic lead actresses, Guslagie Malanda and Kayije Kagame, and you’ll still only get a glimpse of the subterranean density of a film which is very open to interpretation, so subtle  (on the tenuous border of manipulation) is Alice Diop’s handling of all things frontal and suggestive.

On the surface, however, the story (written by the filmmaker with her editor Amrita David and novelist Marie Ndiaye) seems simple. Writer Rama (Kayije Kagame) travels to Saint-Omer, a small town in northern France, to attend the trial of Laurence Coly (Guslagie Malanda) who was born in 1980 in Dakar, is a student living in the inner suburbs of Paris and who is accused of murdering her 15-month-old daughter by leaving her on the beach, one night, in Berck, as the tide was coming in. Rama is looking to make a book out of her story, called Médée naufragée [Medea Castaway] (in fact, an extract from Pasolini’s movie is shown in the film), but she’s mostly fascinated - to the point of discomfort - by this news item, which holds up a mirror to her own family past and her future condition as a mother; a mirror which becomes increasingly opaque as the trial progresses, sketching out in highly methodical fashion (every cross-examination and every witness serve to clarify but also obfuscate) the backstory and personality of the accused, including her immense social solitude, her growing invisibility, her lies and her truths, and the reasons for and unreasonableness of her folly ("as a woman who’s killed her own baby, you can’t expect sympathy").

Lifting the veil on "the story of a ghost woman whom nobody knows" and that of a "gradual disappearance to which a mother also subjects her child", Saint Omer works with delicacy on distance and on the prejudices and preconceptions surrounding a crime which goes beyond all comprehension, all the while releasing diffuse clues on the exact nature of its message (racism is very subtly evoked). Its opacity is the strength of this imperious yet cryptic film, which perfectly reflects its troubling protagonist.

Saint Omer is produced by SRAB Films in co-production with Arte France Cinéma, while sales fall to Wild Bunch International.

19 pictures available. Swipe left or right to see them all. 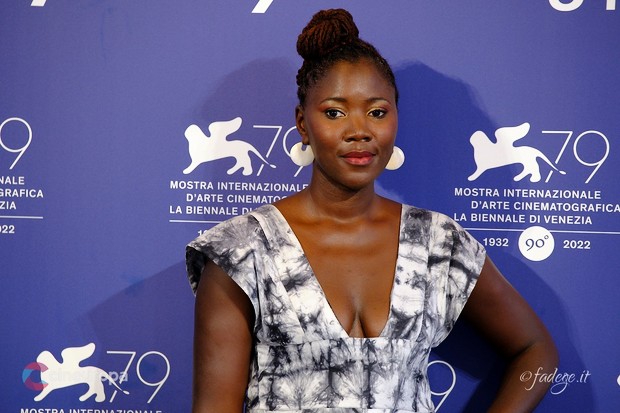 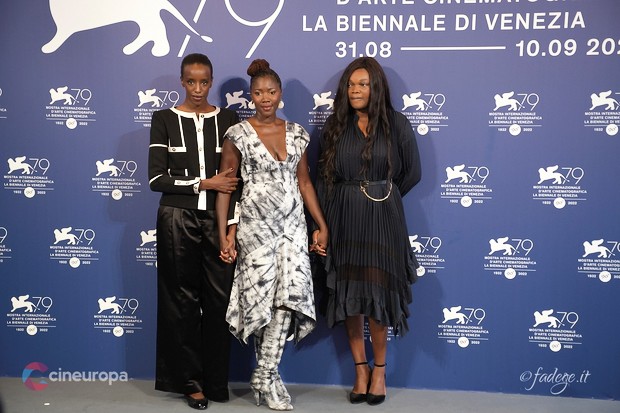 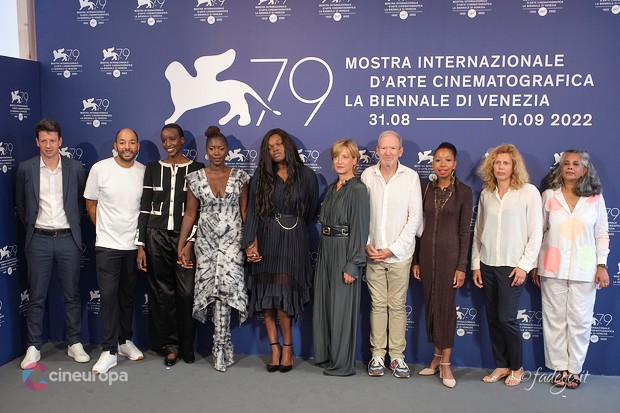 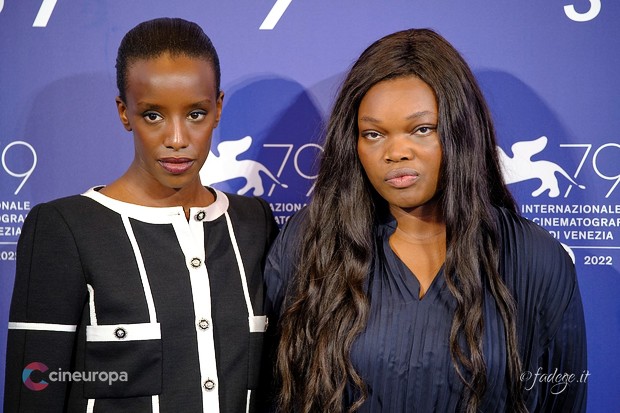 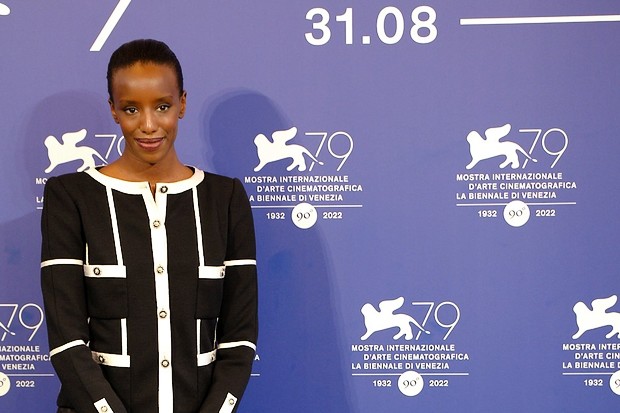 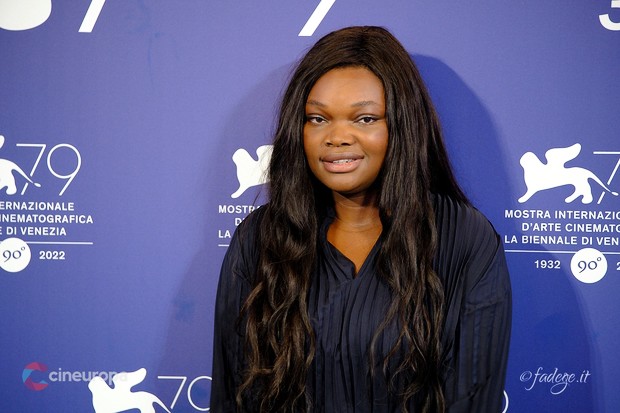 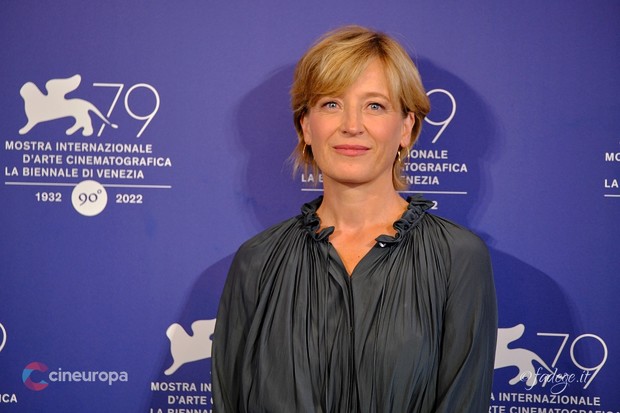 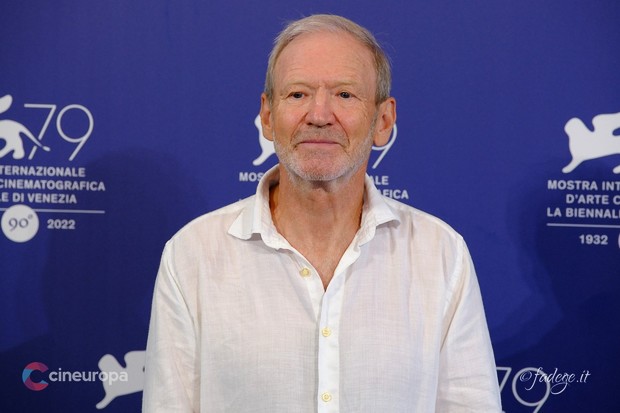 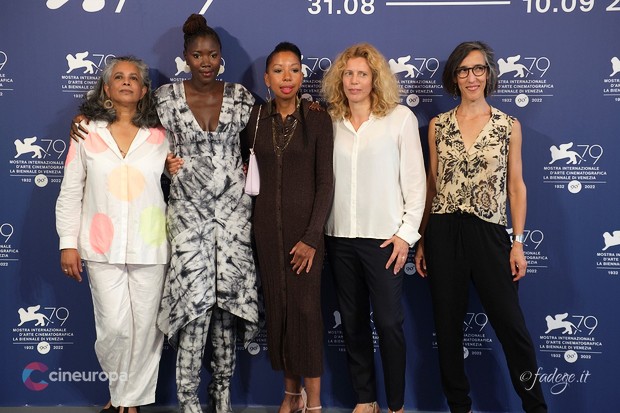 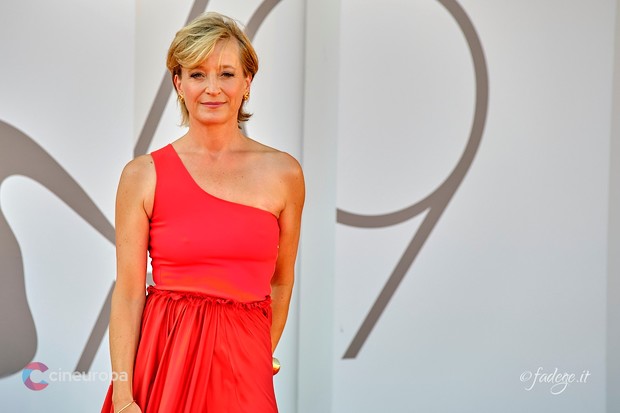 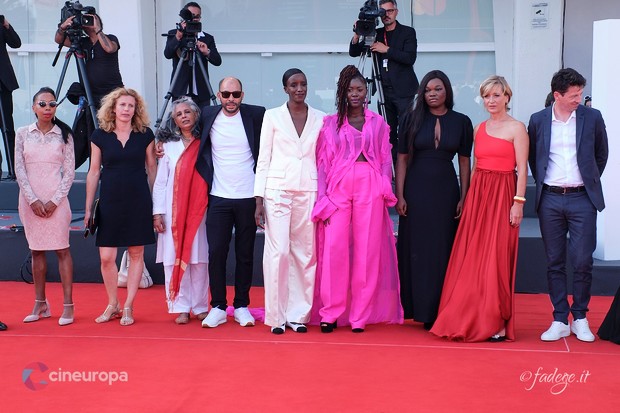 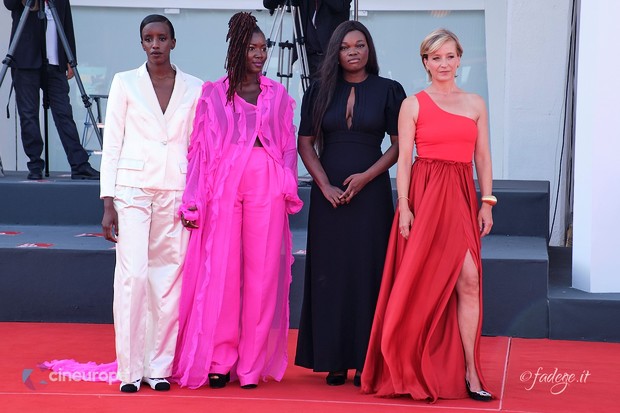 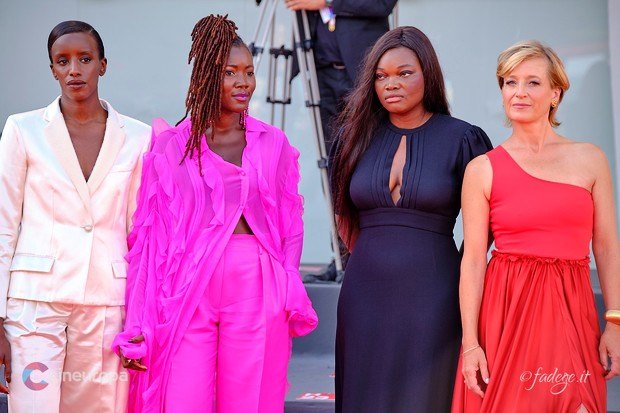 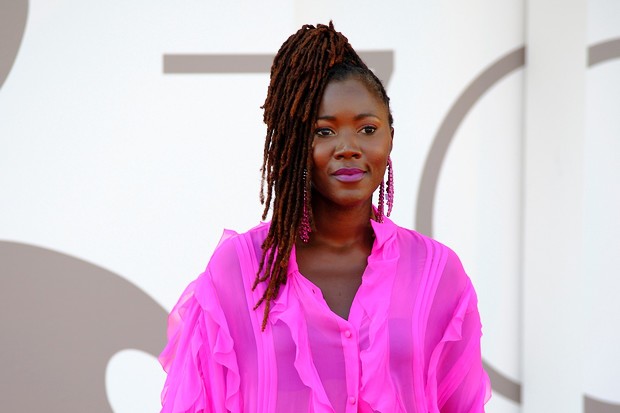 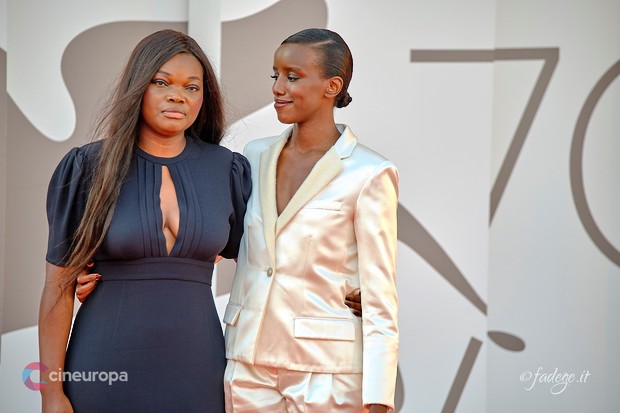 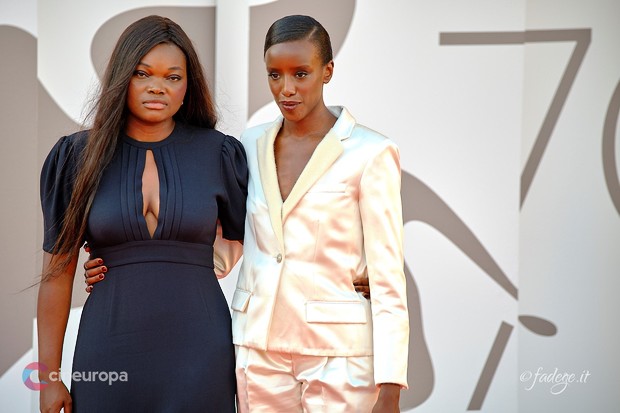 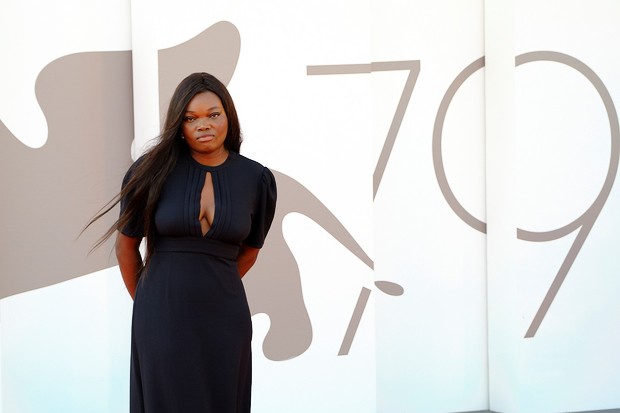 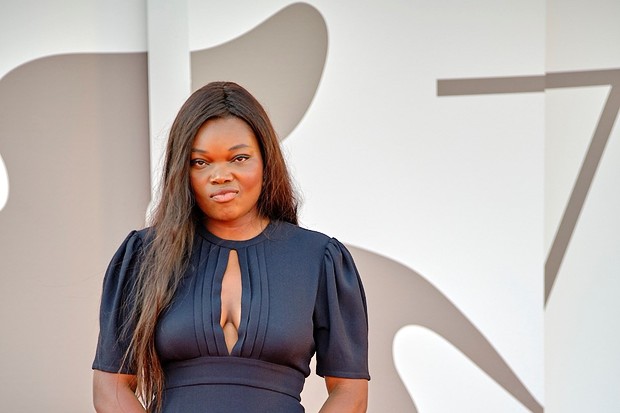 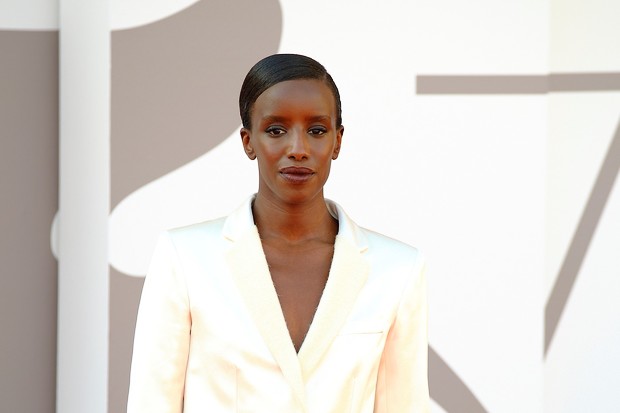 “This is a film based on words. But with so many words, you need silences, too”

VENICE 2022: The French filmmaker delivers a stunner of a movie and a real punch to the heart with her latest effort

"I think audiences look for reflections of our society in series"

We met with the Swiss festival director, who spoke passionately about this event at the forefront of innovation which offers up an inclusive vision of the seventh art

The title of best French film of 2022 went to Alice Diop and Albert Serra’s works, while Falcon Lake by Charlotte Le Bon is awarded in the first feature category

Close, Holy Spider and Triangle of Sadness lead the nominations for the European Film Awards 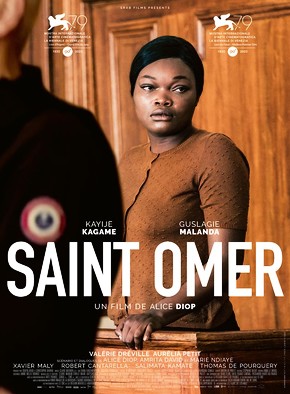 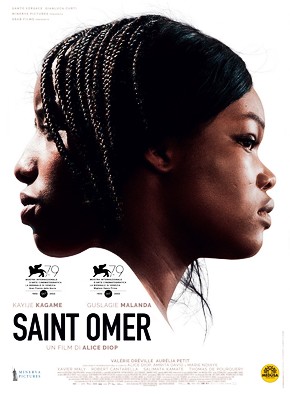 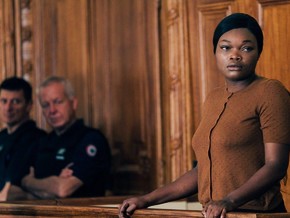 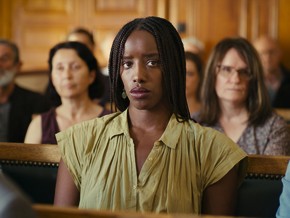 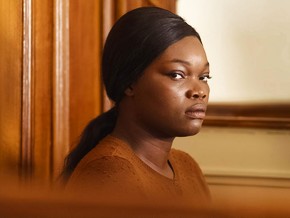 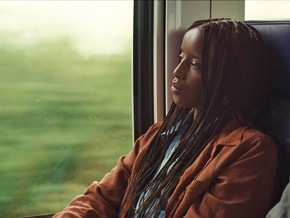 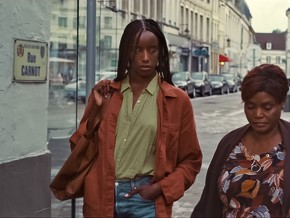 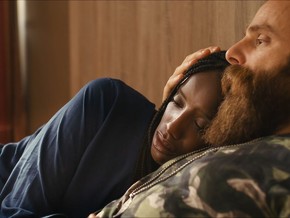 Viaplay announces its next original, the coming-of-age drama series Bullshit