"Our life from before is over. If that’s how it is, I want to change it all." Adolescence, as we all know, is a particularly agitated period of self-definition (through trial and error and often in a context of conflict), but if added to it comes an unexpected period of mourning, this state of crisis can take on an even sharper existential dimension. With Winter Boy [+see also:
trailer
interview: Christophe Honoré
film profile] (unveiled in the Contemporary World Cinema section of the Toronto International Film Festival and next playing in Competition at the San Sebastián Film Festival), French filmmaker Christophe Honoré, himself goes through a sort of revolution. With a sensitivity highly attuned to the pains involved in close relationships, the director uses his skills in story structure to create a tale whose sophisticated fragmentation (subtle variations around a firmly held guiding thread) perfectly reflects the vivid post-traumatic state of mind of its leading protagonist. As he plunges the viewer in an immersive atmosphere (the patina of the 35mm film evokes that of Super 16 stock) in perfect accordance with the topic, the French filmmaker gives his best in a very personal, touching and emotionally just film, a revelation for its young star Paul Kircher.

"My name is Lucas and my life has become a wild beast that I can no longer approach without it biting me.  Everything in my mind has the appearance of a threat.” For the 17-year-old high-school student, the death of his father in a car accident in the heart of the Savoie valleys is a shock very heaving with meaning, since father and son had just come out safe and sound but in extremis from a similar accident only two weeks prior, right after a troubling confession from the father ("I could have had a different life, done something other than dental technician"). A statement and an ominous accident ("I thought I would die that day. Why didn’t I die that day?") which trouble Lucas all the more for his decision to keep that earlier event a secret.

Oscillating between apathy and the violent expression of his suffering (“suddenly, I feel all this noise inside of me”), Lucas painfully goes through the days following his father’s death (family reunion, funeral home, burial, cemetery, his own immediate prospects), affectionate but also clumsy and rebellious as he struggles to find his place alongside his mother (Juliette Binoche) and his elder brother Quentin (Vincent Lacoste). The latter then offers Lucas to come and stay a week with him in Paris. But the waves of Lucas’ emotional undercurrents are far from calm…

A very moving portrait of a profound disarray, bubbling under the mask of the agitated stubbornness of youth, Winter Boy is a brilliantly constructed film (with a script written by the director), bringing together Lucas’ voiceover, the neat widening of the story through his move to Paris and the introduction of a fourth main character (Erwan Kepoa Falé), an impressively accurate re-creation of the heaviness that grief can lay over a family, a detailed analysis of the relationships between mother and son and between siblings, the interlocking of Thanatos and Eros, etc. A great richness for a film that is more than effective, and very much alive under its airs of funeral ceremony.

Produced by Les Films Pelléas and co-produced by France 2 Cinéma and Auvergne-Rhône-Alpes Cinéma, Winter Boy is sold by Pyramide International.

"I wanted to focus on emotions, on feelings" 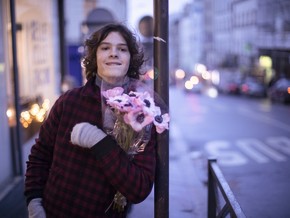 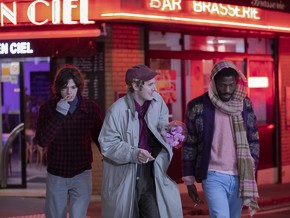 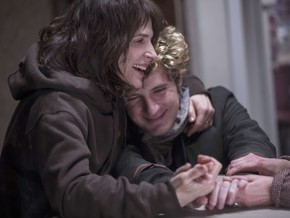 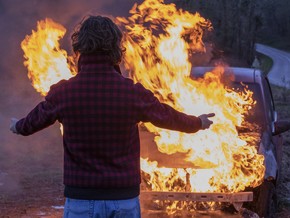