You could say that Marian Mathias’ first feature film, Runner [+see also:
trailer
film profile], runs away from itself. The American director's debut feature is a sample of American independent cinema that rather than repeating the usual canon of that industry, runs away from it to find shelter in the stoicism and temperature of a high-latitude European cinema, or in other words, Germanic-Scandinavian cinema. The name of its main character, Haas, a nickname that means "hare" in Dutch, perfectly reflects her condition, something that underpins the film from beginning to end, and that gives it is name: Haas is running away from herself. However, both do so in a quasi-static way. And pardon the contradiction.

The film, screened in Competition for the Golden Shell at the 70th San Sebastian International Film Festival, after having screened in the Discovery section of the Toronto Film Festival, follows the aforementioned Haas, played by the young German Hannah Schiller, whose life is turned upside down after the sudden death of her father (Jonathan Eisley), a man somewhat lost in life who, in his final days, drowns his sorrows in alcohol and tries to get rid of his debts in the hope that someone will allow him to swindle them with sales of real estate that he neither owns nor exists. So, suddenly, Haas finds herself alone in life. She was already practically head of the household, a house where only the two of them lived in the middle of the prairie belonging to a Missouri community united by religion, but now she has to deal with her father’s debts and wish to be buried in Illinois.

Unable to escape the gossip of the community with whom they attend mass ("why wasn't the daughter at home when her father died? ") and their inquisitive stares (portrayed in beautiful shots from outside her house), Haas sets out on her interstate journey until she reaches her goal. With no change to the landscape (the green and desolate Midwest of the United States), she arrives at a town where she meets Will (Darren Houle), another young man on the same wavelength as her, in whom she finds a possible escape.

Mathias portrays this escape slowly, with attention to almost motionless images, creating the contradiction in the film. With visual references as clear as Andrew Wyeth's Christina’s World or even Carlos Reygadas’ Silent Light [+see also:
trailer
film profile] or that captured by Ingmar Bergman in his unparalleled work, Mathias brilliantly frames a story that, however, exudes neither originality nor an interest that keeps the viewer spellbound for its entire duration, even though it is only 76 minutes long. A certain narrative weakness undermines a film of undeniable beauty (enhanced by a precise score by Para One, Céline Sciamma's usual composer), which serves as an introduction to the director's interesting vision.

Runner is a co-production of the US company Man Alive with the German Killjoy Films and the French Easy Riders Films. Greece-based Heretic Outreach manages its international sales.

Devoted to projects in the final phase of development and funding, the 7th Venice Production Bridge Market will unspool between 4- 6 September with Steve McQueen and Pia Marais among the selection

The 12th TorinoFilmLab has announced its winners

Seventeen prizes supporting development, production and distribution, and equating to a total of €437,000, were awarded to this year’s best projects at the close of the annual Meeting Event

The Cinéfondation Residence participants pitch their projects at Cannes

CANNES 2019: Two of the 12 directors who presented the feature-length projects they are developing at the Residence have received grants from the CNC 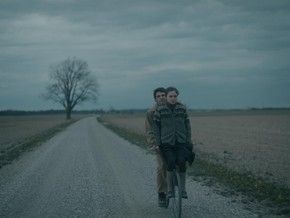