"I feel like I’m in the right place at the right time". One comes from a working-class neighbourhood, the other is the son of a middle-class family. Their paths cross in a very unexpected fashion. What will come of this encounter? Love? New prospects? Such is the premise of Spare Keys [+see also:
trailer
film profile], the ingenious debut feature film by French duo Jeanne Aslan and Paul Saintillan which was discovered in the 70th San Sebastián Film Festival’s New Directors competition.

Pretty Fifi (Céleste Brunnquell, who is confirming her potential after The Dazzled [+see also:
trailer
film profile] and the first season of En Thérapie) is 15 years old. Her cultural background? She comes from a large family (composed of seven children ranging from a twenty-year-old to a baby, her mother and a step-dad) who live like "gypsies" in financial difficulty (unpaid bills, benefits claimed by one person to support the others, petty theft, etc.) and in the tumultuous, affectionate yet harsh (beer-soaked) and very noisy setting of a tower block apartment on the outskirts of Nancy in eastern France. It’s summertime, school is out, and Fifi is cutting through the town on her bike when a chance meeting (she bumps into an old classmate at the baker’s: the dentist’s daughter, who’s about to go on holiday with her parents) and an impulse (she steals her house keys) sends her hurtling towards a totally unexpected encounter. In fact, Fifi moves into the family’s beautiful, deserted villa for the weekend, but Stéphane, (Quentin Dolmaire), the 23-year-old son of the family studying at a business school in Paris, turns up unannounced the following day. Kind, tongue-in-cheek and self-deprecating, he’s going through a phase of existential doubt ("you’re disappointed that some of your friends have changed, but you don’t feel any better about the ones who haven’t") and forgives Fifi’s intrusion, even going so far as to offer to help find her a summer job from home, putting brochures in envelopes. Thus, our two protagonists get to know each other, probing the social divide which separates their two worlds, examining themselves and forging a bond…

Built around a brilliant screenplay (penned by the two filmmakers in collaboration with Agnès Feuvre), Spare Keys spins its web methodically, revealing great intricacy behind its straightforward façade. The chemistry enjoyed by the young acting duo works perfectly and the social viewpoint put forward by the film is never unequivocal, despite its reliance on archetypes. The result is a charming movie, stressing that ideas of not needing anyone or of trajectories being marked out ahead of time and change not being possible, are never set in stone, whilst also making clear that not all dreams are likely to come true. These nuances are very cleverly incorporated over the course of the story, convincing us that Jeanne Aslan and Paul Saintillan are authors we should watch very closely.

Spare Keys is produced by Haïku Films and sold worldwide by Urban Sales.

The filmmaker’s second fiction feature, which will begin filming in June, has won the Grand Prix. Spare Keys by Jeanne Aslan and Paul Saintillan won a Special Mention 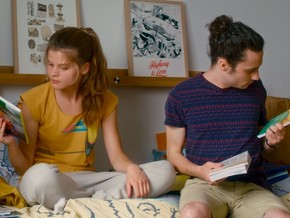 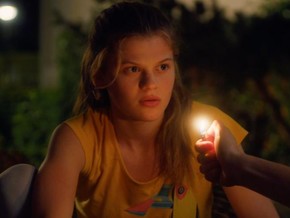