Review: The Kings of the World

Colombian director Laura Mora Ortega previously turned heads at the 2017 San Sebastian Film Festival with Killing Jesus, a debut film which bagged her the Youth Prize. Now she’s back with The Kings of the World [+see also:
trailer
film profile], which is competing for the Golden Shell in the Official Selection and which is without a shadow of a doubt an exceptional work. But it’s more than just a film: it’s a hallucinogenic tale as cruel and painful as it is fascinating. Rá, Culebro, Sere, Winny and Nano are the titular kings. They’re a group of street kids from Medellín who leave the metropolis behind them in order to venture into the depths of the Colombian jungle. Their aim is to find a piece of land belonging to one of them, inherited from a grandmother who was forced to flee the brutal violence which devastated the area, and which is now being returned to the young man via the government’s land restitution programme.

This group of five friends form a special family, united in their disdain for and desertion of the rest of the world, and by a desire to live which sets their bodies and souls alight. These kids move through Medellin’s streets like fish through water, they grow strong in the face of the atrocious reality they find to be theirs, and they infect one another with their enthusiasm. The camera follows them attentively as they escape into the jungle; it seems to take the form of an additional creature, influenced by the same emotions as the boys: fast and energetic when the five friends give free reign to their more instinctive emotions, and calm and careful when the group begins to calm.

The sweeping beauty of the Colombian jungle is captured in all its glory here. The director’s choice of light and sound, and her subtle use of music create a heavy atmosphere in the film, which transports us to that wonderful place, which is as radically stunning as it is threatening. The friends meet various characters along the way, who help them advance but who also warn them of the perilous nature of their undertaking. An encounter between the boys and several sex workers in a house in the middle of nowhere is particularly moving. The women dance while tenderly embracing these boys, mere children. And the latter enjoy this female love, this warm and voluptuous embrace, like a newborn baby on its mother’s chest.

All throughout The Kings of the World, it’s clear that the author knows what she’s talking about, that she’s no stranger to the land that she’s filming, and that her protagonists’ reality isn’t too far removed from her own. On this honest basis, Mora duly extracts gold from these five youngsters, to whom it’s impossible not to grow attached over the course of the journey. The same goes for the landscape and the various other individuals cropping up throughout the film. In the end, we feel as if we’ve borne witness to an important work, a portrayal of a time and place which is as exhaustive and accurate as it is poetic and touching.

more about: The Kings of the World

Review: The Kings of the World 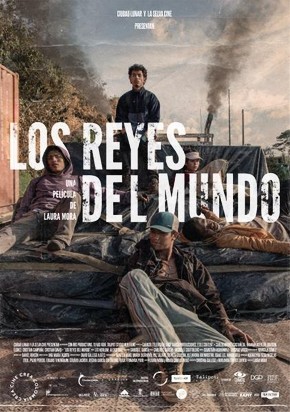 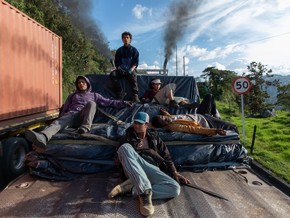