28/09/2022 - Director Magdalena “Leni” Lauritsch asks probing questions about human morals in her feature debut, but can’t always provide an engaging plot to go along with them

There is a certain bravery in shooting one’s first feature and locating it within a demanding setting. Austrian director Magdalena “Leni” Lauritsch took on this challenge and set her debut feature, Rubikon [+see also:
interview: Leni Lauritsch
film profile], in space. Shot on a shoestring budget and with an international cast on a soundstage in Vienna, her science-fiction adventure tackles the question of moral responsibility versus self-preservation. The movie had its European premiere in July at the Karlovy Vary Film Festival, was released in Austrian cinemas on 16 September, is now in competition at the 18th Zurich Film Festival and will be shown at the Sitges Film Festival in October.

“There is no shame in taking care of yourself, Hannah.” These are the words of advice that biologist Dimitri Krylow (Mark Ivanir) gives to soldier Hannah Wagner (Julia Franz Richter) during a moment of despair. It is the year 2056, and the world is no longer ruled by governments, but by corporations. Hannah and scientist Gavin Abbott (George Blagden) have just docked at the Rubikon space station. Dimitri, who is stationed on board, has been conducting a series of experiments with oxygen-producing algae, and the mission is to oversee the delivery of the mother plant back to Earth, where clean air has become a scarcity.

But soon after the launch of the shuttle, with Dimitri’s son Danilo (Konstantin Frolov) aboard, a distress signal hits the station. Something is wrong. But Hannah, Gavin and Dimitri don’t have to be told; they can see. A toxic cloud is engulfing all of the Earth’s atmosphere, causing them to lose contact. Shock follows uncertainty, until contact can finally be made. The twist, however, is that they are talking to a group of 300 fat-cat CEOs, who have managed to save themselves at the expense of everyone else – civilians and soldiers, like Hannah’s now-perished sister Knopf (Hannah Rang).

The question of how the three survivors should act is where Lauritsch diverts from the usual shtick of military-propaganda flicks. She is not interested in Hannah and her sidekicks swooping in and saving the day; she wants to explore the conflict of the mind, spiced up with an environmental message. Should they help these people, at the risk of dying themselves? Or should they stay on the Rubikon, knowing that it could provide them with a permanent home? Gavin wants to help, while Dimitri wants to stay. Hannah is caught in the middle.

While as a viewer, one is inclined to congratulate the characters for not jumping into a swirl of reckless decisions for once, all in the name of creating contrived conflict, something is lacking. The moral quandary and the tendency towards inaction push the film too far into the realm of dramaturgical stalemate. Too little happens over the two-hour running time, and what does happen isn't complex or metaphorically charged enough to be captivating. In addition to criticising capitalism in a world where CEOs and corporations reign, it makes the same mistake that these institutions keep making: it overlooks the human factor. For all their conflicts and losses, the characters stay largely underdeveloped.

Where Rubikon impresses is with its low-budget special effects and the production design by Johannes Mücke, who has already worked with Roland Emmerich. Here he creates a lived-in, yet stylish, space station that brings to mind prior blockbusters such as Alien. Rubikon is a sometimes undercooked but perfectly plated first dip into a promising genre career for Leni Lauritsch. Not fully fine-tuned, it nevertheless shows a precisely calibrated signature and a deft eye for what is technically possible.

Director Magdalena “Leni” Lauritsch asks probing questions about human morals in her feature debut, but can’t always provide an engaging plot to go along with them

In her debut feature, Magdalena Lauritsch follows in Julius Caesar’s footsteps, passing a point of no return

For the genre projects selected in the Frontières Platform in Cannes, thirteen is a lucky number 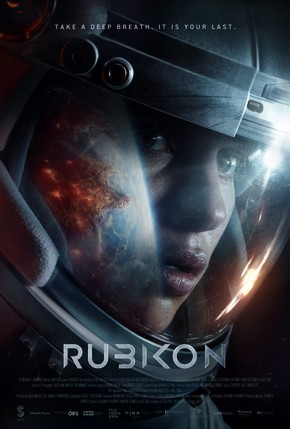 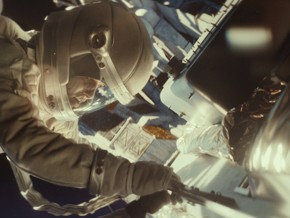 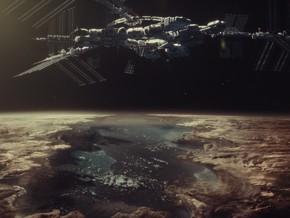 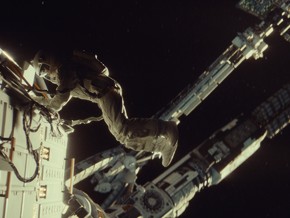 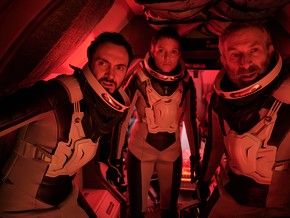 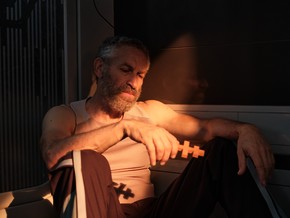 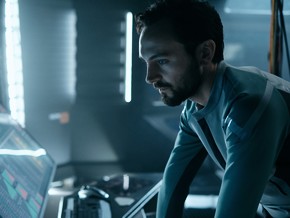 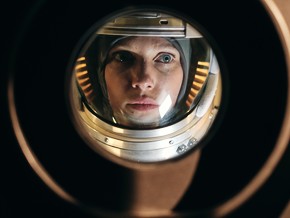 Produce – Co-Produce... – 30/11/2022
Alicja Grawon-Jaksik • Producer, MTL Max Film
We had a chinwag with the producer, recently appointed vice-president of the established Polish production house, which for the past 30 years has mainly produced romantic comedies