30/09/2022 - In her debut film, María Elorza not only pays beautiful homage to literature, but also takes a personal and lucid exploration into the possibilities of cinema

"Are you afraid that your library will collapse and crush you in your sleep? Does collecting books endanger the very existence of your family? Do you sort the volumes by subject, by language, by author, by publication date, by format, or any other criteria known only to you?” With a certain humour, this is how To Books and Women I Sing [+see also:
trailer
interview: María Elorza and Marian Fer…
film profile] begins, the debut film from María Elorza (a Basque filmmaker with an already interesting short film career), winner of the Youth Award at the 70th San Sebastian Film Festival, screened in the New Directors section.

Borges said that we are characters inhabited by fictions. This is the case for the characters in Elorza's film, the women who the director gives a voice to in order to share their own stories. A woman who breaks her finger while ordering from her bookshop. Another who had a library in the back seat of her car. Others recall the poems that impacted them in their youth. All the stories they tell talk about books and the universe surrounding them, the places that house them, libraries, music, cinema, painting, but, above all, about their relationship with life, with our experiences and perception of the world, about how one thing affects the other and makes us who we are.

Family, friendship, love, desire, social status, memories, pain, loss, the traces left by the passage of time, death. In a sui generis style between documentary and fiction, through the life experiences of the women, Elorza subtly talks about the links between all these human issues with literature and identity, with the person one ends up being. From the beginning, you can sense the filmmaker's gaze, her weakness for books and the intimate meaning they have for her. In this case, her passion works in favour of the film. The sincerity of her work comes through, with the truth coursing through it, a tone that is both restrained and passionate. One of its great virtues lies in how this perspective is not only very present in the decisions about the substance, but also in the form, what to tell and how to tell it. Elorza's film is not only a beautiful testimony about literature and life, but also an interesting and lucid exploration of cinematic possibilities, of ways of narrating in images. With freedom and imagination, through the different resources of this narrative, through the conjunction of singular visual, textual and sound materials, she creates a whole cinematographic thought, a personal voice -lyrical and at the same time reflective- through this confluence of voices, a space of sentimental memory where past and present, intimate and collective history, fiction and reality are linked.

“We tell ourselves stories in order to live," Joan Didion wrote at the beginning of The White Album. To Books and Women I Sing ends up being a beautiful and moving homage to all those images that live in us, to all those stories we have heard or experienced, fictitious or real, or a mixture of all of them, that help us to live. And beyond the apparent, a personal exploration into the power and meanings of cinema, into its ability to reflect life.

To Books and Women I Sing is produced by the company Txintxua Films.

more about: To Books and Women I Sing

Interview: María Elorza and Marian Fernández • Director and producer of To Books and Women I Sing

Thirteen feature-length documentary projects will be locking horns for two major prizes, each worth €10,000, at the Basque event

Zinebi gears up for its 64th edition

The Bilbao-based festival specialising in documentary and short films is all set to unspool in physical form from 11-18 November, with 147 titles from 47 countries on its schedule

In her debut film, María Elorza not only pays beautiful homage to literature, but also takes a personal and lucid exploration into the possibilities of cinema

No fewer than 18 titles make up the great Spanish selection at the Basque festival: featuring, among others, the new works by Pilar Palomero, Jaime Rosales, Fernando Franco and Paco León

The Málaga Film Festival crowns Lullaby as its champion 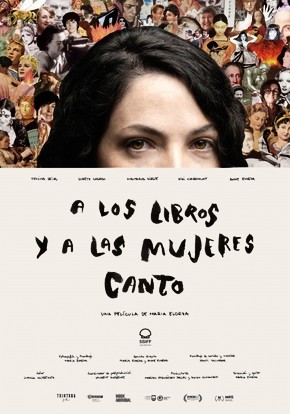 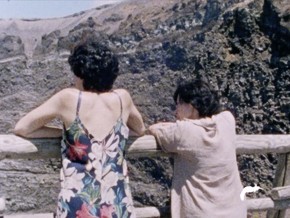 Produce – Co-Produce... – 06/12/2022
Professionals ask for Italian-Balkan and European synergies to be strengthened at Rome's Balkan Film Festival
The creation of a common fund is the strategic objective to emerge from the workshop, held in Rome during the fifth edition of the festival dedicated to Balkan film