Tamar Novas in The Open Body

In the opening shots of The Open Body [+see also:
trailer
interview: Ángeles Huerta
film profile], screened at the Ourense Film Festival, we see a horse-drawn carriage riding into the misty landscape of the Galician mountains. The voice of Miguel (Tamar Novas) reads a letter addressed to his uncle. In it, he shares with him his first impressions of the journey that takes him to an unknown and remote place, where he will start working as a teacher in a single-room school. This place is Lobosandaus, the name given to the story by Xosé Luís Méndez Ferrín on which the film is based, a village in Ourense very close to the border with Portugal. From the outset, Ángeles Huerta's talent for capturing the landscape with her camera, full of personality and mystery, is evident. The bodies of the horses pulling the cart, the paths that open up in the middle of the green mountains, the leafy groves and the thick mist are arranged in such a way that they become a gateway to another world.

As soon as we reach Lobosandaus, accompanying the new teacher, we are immersed in a mystery that pervades the place and we become infected by the murky fascination it elicits in the protagonist. The village is inhabited by a handful of families, the men mostly work in the mountains which keeps them busy all day and the women are responsible for looking after the homes and children. Busy educating the little ones in a place that doesn't seem to offer much hope for the future, Miguel can't help but find his mood darken as the shadows of winter grow thicker. Strange curiosity at the beginning gradually turns to unease as his relationship grows with the new world he inhabits and the people who inhabit it.

There is no need to say too much about what happens to the young teacher during his stay in Lobosandaus. Let’s just say that the way of life of a group of men and women who are alien to him and the exuberant beauty of a landscape that is more aggressive than welcoming manage to disturb the spirit of a man whose life had always been guided by the power of reason. Huerta's aforementioned ability to create an immersive atmosphere using all available resources is undeniable. The entire cast also matches up to this. In addition to Tamar Novas' solid performance, there is the excellent work of Victória Guerra and María Vázquez as Dorinda and Obdulia, respectively. The two actresses give life to two opposing women, who are caught up in powerful intimate conflicts, capable of disrupting the life of the village and transforming the visiting teacher's perception of reality.

It may be hard at times to decide whether The Open Body wishes to be a classic horror story or an intimate rural drama, but most of the time the film manages to shift between these two genres, combining them to tell a story that is as suggestive and disconcerting as it is ultimately moving.

The Open Body is produced by the Galician OlloVivo Producións, the Catalan Fasten Films and the Portuguese Cinemate. Filmax will distribute it in Spanish cinemas.

more about: The Open Body

We chatted to the Spanish filmmaker about her first foray into fiction, a rural tale shrouded in a Gothic atmosphere, starring Spaniard Tamar Novas and Portugal’s Victória Guerra

Simón Casal is in Galicia, about to wrap the shoot for this political thriller, which is co-produced by Tornasol Media and also stars Alberto Ammann, Tamar Novas and Alba Galocha

Metronom, Rimini and Anhell69 are all awarded at the 60th free and uncensored Gijón Film Festival

The rendezvous, which kicks off today and will continue unspooling until Saturday 1 October, will screen more than 100 titles, and will also pay tribute to Jaime Chávarri and Pablo Trapero

The producers of Ángeles Huerta's film are invited to speak about their collaboration and the financing of their film, which has received Eurimages support

The Málaga Film Festival’s audiovisual market will run from 21-24 March, boasting a range of brand-new sections and content

Tamar Novas toplines the movie, which is being directed by Ángeles Huerta and unfolds on the Spanish-Portuguese border, during an era steeped in mystery and darkness 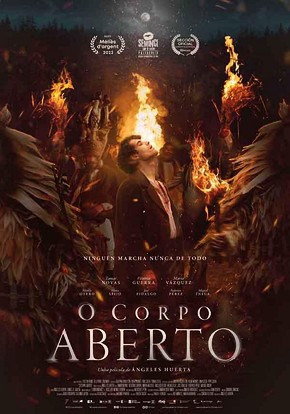 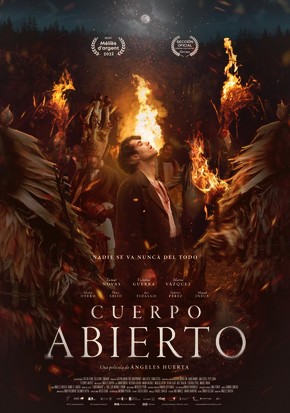