Selected in the Focus section of the Zurich Film Festival where it won the Audience Award, Becoming Giulia [+see also:
trailer
interview: Laura Kaehr
film profile], the first documentary feature from Swiss filmmaker Laura Kaehr, showcases with formal elegance and empathy the ups and downs of an artist trying to give a meaning to a life of daily sacrifice, a life lived at a hundred miles per hour and which does not allow for moments of weakness.

Giulia Tonelli, prima ballerina at the Zurich Opera, can’t wait to return to her place in the company, after a period of maternity leave that she lived with tenderness but also a lot of apprehension. When she crosses the door of the Zurich Opera again, Giulia must fight to regain her place in a universe which, to the layman, may seem ruthless; a competitive and demanding environment that asks those who accept its rules to sacrifice everything in the name of dance. Giulia nevertheless decides to set in action her own small but great revolution, through a period of motherhood she knows isn’t well understood by all. The world of dance — which director Laura Kaehr knows well, having been a ballerina herself — is based on physical perfection and mental strength that leave little (not to say no) space for weakness or approximation. Those who want to enter the world of dance, do their job, adore it in silence like it is an unapproachable divinity, must necessarily bow to its rules.

Giulia fights for her career, but also for the recognition of a right to private life that belongs only to her. Becoming Giulia proposes an unprecedented immersion in the world of classical dance through the life path of a dancer who tries to regain possession of a body over which she no longer (and perhaps for the first time) had control for nine months, a body in some way parasitised by a still unknown being who appropriates it, transforming it into a temporary refuge. Laura Kaehr has not simply made a film about motherhood, or rather about the difficulties related to the life of a mother-artist, but also and above all about the body, its inevitable metamorphoses (whether it be through maternity or something else), and the struggles to counter the inevitable flow of time. Very interesting in that regard are the most intimate scenes, in which Giulia confides in her physiotherapist, a sort of body psychotherapist who reads in her muscles the difficulties related to a life made of extreme physical sacrifices and efforts.

The director shows the behind-the-scenes of a world that, in the collective imagination, seems exclusively dominated by lightness and elegance, fragility and poetry. Thanks to her camera, the curtain opens on a totally different reality, a hyper competitive world that perceives the body as a machine, a world in which dedication must be total.

The director's choice to limit the number of scenes in which Giulia interacts with her son allows the audience to experience firsthand the feeling of absence that the protagonist feels deeply. Although she has consciously decided to become a mother, Giulia seems to be constantly looking for confirmations, for alternative models (Cathy Marston is an emblematic example) to identify with. Beyond the question of maternity or non-maternity, Giulia's choice is part of a broader discourse on gender stereotypes linked to a “femininity” perceived as innate and inscribed in the body.

Becoming Giulia was produced by Point Prod and SRF Schweizer Radio und Fernsehen. It is sold internationally by Cercamon.

"Dance was the language I grew up with"

Laura Mora Ortega has won her second big prize in a month, following her victory at San Sebastián, whilst Elena Avdija’s Stuntwomen was awarded the Golden Eye in the Focus Competition 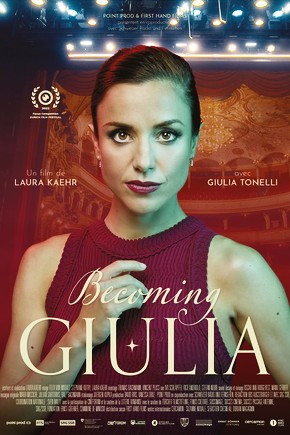 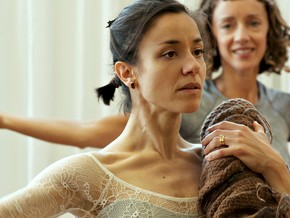