11/10/2022 - Jaume Balagueró's latest film achieves what it sets out to be: a thrilling and highly enjoyable horror film

In her book Reina del grito, Spanish critic Desirée de Fez points out, among others, two types of female characters in horror films. One, "that scream queen who scandalously stops the action and becomes the protagonist, if only for a few seconds"; and second, the final girl, the final survivor of the film, because that's what it's all about, making it to the end.

In his latest film, Venus [+see also:
trailer
film profile], presented at the 55th Sitges Film Festival (after its run at Toronto and Austin's Fantastic Fest) Jaume Balagueró has created a new “scream queen”. This new heroine is played by an incredible Ester Expósito, and she combines both these qualities. There is a key moment in the film when Expósito becomes the undisputed protagonist and, from there, she arrives at the end where she is crowned as the final girl, as the scream queen.

The new film by one of the directors of the legendary horror saga [REC] [+see also:
film review
trailer
interview: Jaume Balagueró, Paco Plaza
interview: Julio Fernández
film profile], written together with Fernando Navarro and inspired by the story by H.P. Lovecraft The Dreams in the Witch House,  tells the story of a ballerina who gets into a fair bit of trouble. In cahoots with what appears to be her boyfriend, she steals a bag full of pills from the nightclub where she works. When the plan goes awry, pursued by a gang of thugs, she decides to take refuge in her sister's flat. However, that refuge seems to hide a threat far more powerful than the men who seek it. From the plot to the soundtrack that mixes more conventional horror sounds and powerful moments of electronic music, Balagueró creates a bizarre and hilarious update of Lovecraft. The director experiments with the genres and codes of horror, going from a street drama to a story where symbolism and the more classic black mythology intersect with a genre horror more typical of current references of the Spanish genre such as Álex de la Iglesia or Paco Plaza (with certain final nods to [REC]).

Although the film starts off rather timidly, as it continues and the more explicit horror gains traction (with sequences that are a real horrorfest, with real screams and blood spurting out) the film picks up momentum and finds its tone. A key part of this search lies in Expósito's performance (and, in certain scenes, also an impressive Magüi Mira). It is not only that the character is increasingly building in momentum (which is also the case, reaching that definitive crowning), but also that, through her, the film achieves one of the most captivating strengths of the genre: poetically telling close truths we recognise ourselves in. With personality, through fantasy and horror, Venus touches on fear, the struggle for survival, relationships on the edge, love, loneliness, horror, its forms and mysteries.

The great strength of Venus is that it achieves what it sets out to be: a thrilling and highly enjoyable horror film. Balagueró explores and represents this horror, and in doing so, through his images, from his narrative and aesthetic approach, he manages to reflect the beauty that lies in the darkness. A great feast of horror to open this year's Sitges Film Festival.

Venus is the second film from The Fear Collection, a horror film label created in association with Pokeepsie Films, Sony Pictures and Amazon Prime Video, and is due to be released in Spain on 2nd December by Sony.

The fantastic film gathering celebrates its 30th anniversary in Gérardmer

Spine-tinglers and dystopias are on the agenda of the 30th Gérardmer International Fantastic Film Festival, which will also pay tribute to Jaume Balagueró

Jaume Balagueró's latest film achieves what it sets out to be: a thrilling and highly enjoyable horror film

The festival kicks off its 55th edition on 6th October, with a host of national and international genre films, including the latest from Jaume Balagueró and Carlos Vermut

La Mala Madre, by Alicia Albares, and Venus, by Jaume Balagueró, join the programme that, along with five other films, bring the future of horror films to the Croisette

The latest films by Alberto Rodríguez, Rodrigo Sorogoyen and Lucía Alemany are among those set to benefit from grants provided by the Spanish Ministry of Culture

The film is part of The Fear Collection, the specialist horror label that has just spawned Veneciafrenia, directed by Álex de la Iglesia, the main driving force behind this series of films 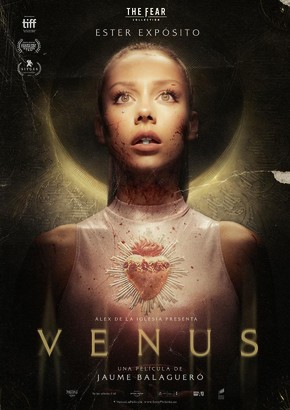 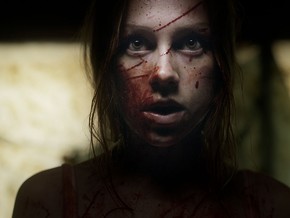 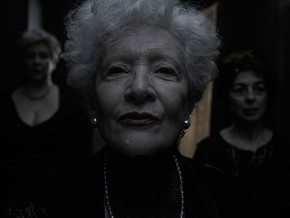 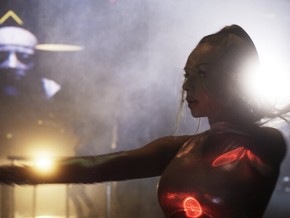