15/11/2022 - In her second film, Greek director Maria Douza follows a deaf girl whose impairment at times seems to be more of a gift than a curse

Language is not simply a structured system of communication, but also the guardian of a whole separate world nestling beneath letters, words and phrases. The possible abyss between various vernacular realms is richly explored and transmitted through the story of Valmira (Efthalia Papacosta), the teenage protagonist of the sensitive coming-of-age drama Listen [+see also:
trailer
interview: Maria Douza
film profile], which has just been shown at the Thessaloniki International Film Festival. The obstacles she needs to overcome on her journey towards connecting with others are manifold – so many, in fact, that it’s not difficult to step into her shoes or identify with the spontaneous rejection she faces. Nor to understand why she refuses to wear her hearing aid and why she avoids integrating into the “normal” world. The buzzing sound that irritatingly worms its way into her ears and thoughts, as the audio frequencies of the outside world assault her senses through the little machine, is obviously not the only reason.

After the death of her grandmother, who had been bringing her up, 16-year-old Valmira is forced to move to a remote island with her father and his new family, leaving behind her high-profile special school for deaf children in Athens, where she felt comfortable and accepted. Her new Bulgarian stepmother (Yoanna Boukovska-Davidova) and her stepbrother Ari (Dimitris Kitsos) are not exactly welcoming, and nor is her estranged father (Yorgos Pirpassopoulos), who might be able to use sign language, but is not able to comfort or soothe her, as he feels like an outsider in the village himself. Besides all this, her new schoolmates tend to be openly hostile not only towards newcomers, but among themselves, too. Stifled by domestic antagonism and malevolence in her immediate surroundings, Valmira often prefers to close herself off in the isolated realm of her deafness instead of constantly having to deal with traumatic reality. Nonetheless, destiny has other plans for her – her unexpected feelings for a local boy (Nikos Koukas) will lead her to discover communication and interpersonal connections from a new perspective. In parallel with her individual path, the provincial gang of distrustful and solitary individuals surrounding her might just be influenced and transform imperceptibly into a mutually supportive community as well.

Using an intimate yet delicate approach to the inner worlds of each of the characters while still relying on narrative shifts in order to deliver a dynamic plot, Listen seems to be teetering between its arthouse premise and the urge to reach a wider audience. Its pale palette, courtesy of DoP Zaphiris Epaminondas, is in line with the overall introverted and melancholic mood on one hand, while on the other, the high-energy action enabled by the ensemble of young actors is an attractive tool to ensure spectators do not get lost in mere observation. Acting as scriptwriter and director simultaneously, Maria Douza tells a story of adaptation and major life changes, as most coming-of-age films do. In this case, though, the process of maturing applies not only to youngsters, as it usually does, but also to the family unit and the small community portrayed in the film.

Listen was produced by Greece’s Steficon and co-produced by Bulgaria’s Ars Digital.

“People always have problems with adaptation, whether they are forced to move or they do it of their own free will”

The Greek filmmaker speaks about the process of adjusting to new realities, which is the profound leitmotif behind her second feature

In her second film, Greek director Maria Douza follows a deaf girl whose impairment at times seems to be more of a gift than a curse

The 63rd Thessaloniki International Film Festival is ready to blast off 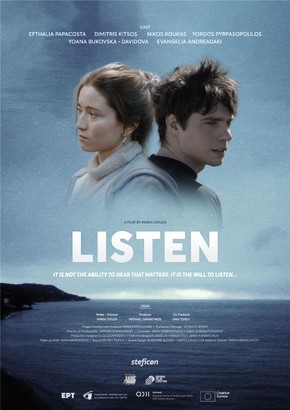 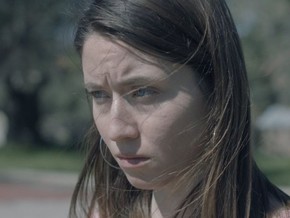