Miaoow. We’re all looking for our cat, as implied by the French title of Cédric Klapisch’s delectable 1996 comedy, which follows a young make-up artist searching for her feline following its disappearance in Paris. In Zuhal [+see also:
trailer
film profile], which is competing in the Lecce European Film Festival, the cat seems to be a ghost which revels in hiding in the hallways of a building in Istanbul, which the titular forty-year-old lawyer in Turkish director Nazlı Elif Durlu’s first feature film has only just moved to.

Zuhal, played by the charming Nihal Yalçın (who currently has her hands full with the TV series Oglum), is sure she can hear miaowing coming from somewhere in her building where pets are strictly forbidden. She subsequently questions the elderly manager of the block and pays cautious visits to her neighbours in order to find out where her kitty is hiding. It’s a mystery which turns into an obsession. Zuhal ends up needing pills in order to sleep, she doesn’t turn up for work appointments and she neglects her weeping fig which is slowly drying out in the lounge. Her neighbours think she’s mad and they make sure she knows it. Even Ahmet is sceptical, her elusive boyfriend who’s working in Dubai and with whom she engages in distracted phone sex. Naturally, the mystery resolves itself, but misunderstood Zuhal is forced to break down walls, metaphorically and otherwise, in order to free the feline within.

Based on a true story, the screenplay penned by Durlu herself, with screenwriter and director Ziya Demirel, follows the tendencies of western comedies, offering up a self-confessed though not especially disruptive critique of sexist Turkish society (which could also be applied to any other country). Nazlı Elif Durlu studied film and TV in the Netherlands and went on to obtain a Master’s degree at the University of Utrecht. She subsequently worked in Los Angeles as a screenwriter before returning to Turkey. Stylistically speaking, her education sets her apart from the so-called fourth generation of Turkish authors born in the ‘80s, endowing her first film with a more international appearance. Composed almost entirely of interior shots (the work of director of photography Sebastian Weber is excellent in this respect) in order to accentuate the protagonist’s feelings of suffocation and isolation, Zuhal is peppered with farcical situations. The director entrusts her actress with several moments of physical comedy (while looking for her cat in the cellar, Zuhal falls down a flight of stairs, and, in order to thwart a supposed break-in, she slams her body against a piece of furniture) which emphasise her sensuality whilst also highlighting her clumsiness with tenderness and affection.

Zuhal is a free and single woman, which is why she’s not respected by the male world around her, including the unbearable kids in her apartment block. The cat is only a pretext to drive this reality home and, despite the fact that she’s a strong human being, our protagonist needs to hide from that objective truth for a while, shutting herself inside the wardrobe which her movers have left in the middle of the hall. For its blend of lightness and pathos, well punctuated by Alexander Lawrence and Yusuf Tan Demirel’s original score, Zuhal is a film fit to contend with any market in the world. Nihal Yalçın is joined in the cast by Fatih Al, Sebnem Sönmez,  Sarp Aydınoğlu, Sadi Celil Cengiz, and veterans Sencar Sağdıç Nur Sürer and Aysan Sümercan.

A Room of My Own scoops the Golden Olive in Lecce

Other winners of the European Film Festival’s 23rd edition include Ukraine’s How is Katia?, Lithuania’s The 9th Step (Cineuropa Prize) and Turkey’s Zuhal

Nazlı Elif Durlu in post-production with her feature debut, Zuhal

In her first feature, the Turkish director deals with the sensitive subject of modern-day solitude by way of a tender and humorous narrative 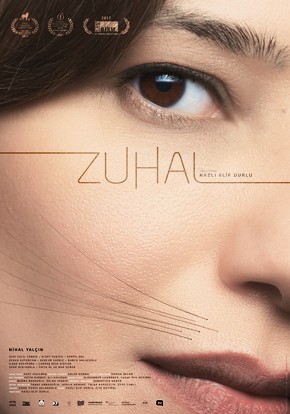 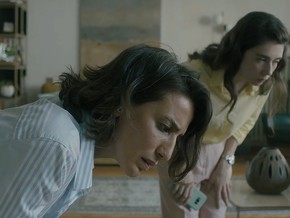 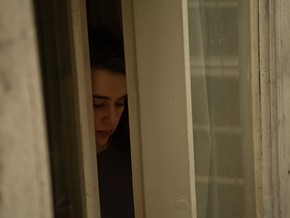