The nineth step of Alcoholics Anonymous’ 12-step programme to combat addiction requires you to repair the damage you’ve caused to other people. For a young father with a history of serious alcohol addiction who’s the protagonist of Lithuanian director Irma Pužauskaitė’s first feature film, the opportunity to make reparations presents itself via his problematic teenage daughter who is suddenly entrusted to his care, drunk, right at a time when he himself is attending the A.A.’s group therapy sessions with excellent results (he’s been sober for a year) and looking to rebuild a love life with his yoga teacher.

Lithuanian actor Valentin Novopolskij (seen in Oleg [+see also:
film review
trailer
interview: Juris Kursietis
film profile]) lends his features to 36-year-old Linas of The 9th Step [+see also:
trailer
interview: Irma Pužauskaitė
film profile], which recently spent time in Cottbus and Tallinn and is now screening in competition in the 23rd Lecce European Film Festival. He subtly conveys the characteristics of this vulnerable man in search of redemption, who’s put sorely to the test by the (metaphorical) blows dealt by his newly-found 17-year-old daughter Ieva (Gerda Čiuraitė), who won’t forgive him for the horrible childhood she suffered on account of his alcoholic excesses, but also by the tantalisingly seductive charms of Ieva’s best friend Maja (Angelina Daukaitė), who’s beautiful, easy-going and equally under-age, and who’s starting to become a regular presence in their home, paying the young father far too much attention.

What starts out as a classic coming-of-age tale - where a teenager in crisis and a failed father come together and clash, before finding the road towards reconciliation and coming out on the other side changed - soon shifts focus onto the dangerous relationship of complicity unfurling between Linas and young Maja, who winds her way ever further into the father and daughter’s home (and into the former’s thoughts), resulting in a strange ménage à trois (maybe Ieva is attracted to Maja too?) which sees the three of them eating together, sleeping together and going out together at night. One particularly warm-hearted scene sees Linas - who was once a musician and the frontman in a band - taking the girls out dancing and proving that he’s still somebody when he helps them jump a nightclub queue thanks to his contacts in the business, for once winning the admiration of unrelenting Ieva who manages to see her father in a different light.

Music itself represents a common ground between the father and daughter (the latter plays the French horn in the school orchestra and shows real talent), confirming that fathers are capable of passing on bad behaviours (a tendency to reach for the bottle, for example), but that they can also bequeath salvific passions, such as this musical interest which will help the young woman to at last spread her wings and fly far away from home. Scripted by Eglė Vertelytė, the film’s focus returns to the relationship between Linas and Ieva, and when we see how much the former is still fighting to do the right thing and to keep on the moral straight and narrow, we can’t help but root for him until the very last, and hope that by righting his wrongs, this young fallible and imperfect man can finally wrestle a smile from his implacable daughter.

The 9th Step is produced by Inscript, with international sales managed by Film Republic.

more about: The 9th Step

“To attract the public to this drama, I have adopted a levity in my gaze”

The Lithuanian director tells us about her film, which chronicles the efforts of a former alcoholic to rebuild his relationship with his teenage daughter, and was awarded in Lecce

Sold internationally by Film Republic, Irma Pužauskaitė’s debut revolves around the turbulent relationship between a father, his daughter and her rebellious friend

A Room of My Own scoops the Golden Olive in Lecce

Other winners of the European Film Festival’s 23rd edition include Ukraine’s How is Katia?, Lithuania’s The 9th Step (Cineuropa Prize) and Turkey’s Zuhal 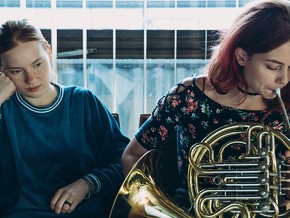 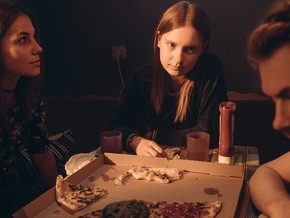 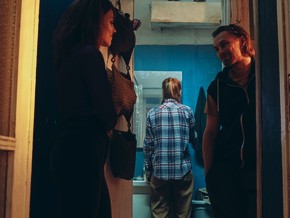 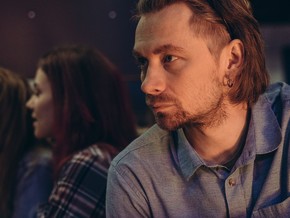 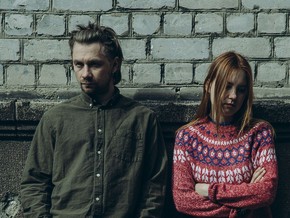