Branko Završan (far left) in The Man Without Guilt

According to the text at the end of Ivan Gergolet’s feature debut, The Man Without Guilt [+see also:
trailer
interview: Ivan Gergolet
film profile], 125 million people are exposed to asbestos in their workplaces, and the complications arising from this exposure claim around 100,000 victims a year, while the dangerous material is still in a grey area, legally. The film premiered in Tallinn Black Nights’ First Feature Competition, which could prove to be a good springboard for bookings at smaller festivals during the winter and spring, while distribution, at least in the co-production countries of Slovenia, Italy and Croatia, is to be expected.

The Man Without Guilt might be dedicated to all of the workers who have fallen victim to asbestos and their families, but the toxic substance itself serves merely as a trigger for a tense thriller-drama constructed around some other different dilemmas. After the opening sequence, which is actually a nightmare in which the word “dust” in Slovenian is sung in the fashion of an early Renaissance church canon, we meet out protagonist, Angela (Valentina Carnelutti, especially prolific this year), a caregiver in a Trieste hospital. She is a widow, as her husband Andrea died as a result of asbestos exposure, and he was not the only one among his work crew to suffer such a fate – his friend Sandro, the husband of Angela’s best friend Elena (Rossana Mortara), is next on the list. Both Elena and Angela blame their former boss, an entrepreneur in the field of construction named Francesco Gorian (Slovenian actor Branko Završan), for their loss.

When Angela learns that Gorian has suffered a stroke and ended up in her hospital, she goes to visit him. There, she meets his son Enrico (Enrico Inserra), who, unaware of the history between the families, admires her professionalism and offers her work taking care of Francesco at their home. She is reluctant to accept at first, but when she finally does, she finds herself facing the dilemma of whether or not to exact revenge – and if so, how?

The Man Without Guilt might be a feature debut, but it is actually a mature work: a film by a mature auteur (Gergolet has several shorts, some documentaries and a lot of industry films under his belt, both in Slovenia and in Italy) and a mature person. The way he intertwines complicated personal histories with equally toxic national ones is simply masterful, which is also the case with the use of the Slovenian language, which appears only during key moments of immense emotional tension. His smart writing is matched by his equally deft directing, with a strong sense of visual style that combines elements such as Debora Vrizzi’s thorough camerawork, Marco Juratovec’s production design and Natalie Cristiani’s measured editing into a smooth ensemble and a logical whole. The soundscape of the film is used to maximise the emotional effect, and both Luka Ciut’s modern-classical score and Julij Zornik’s sound design serve this purpose quite well.

The casting, acting and directing of the actors are also high points of the film, with Branko Završan’s effort being the most impressive. He also has one of the most difficult acting tasks: to channel a sense of menace without speaking in any language and with very limited physical options, but also to make said menace quite human and low-key, and the actor excels at this. The other cast members are also compelling in showing the nuanced emotions and detailed motivations of their imperfect, but very human, life-like characters. The Man Without Guilt might be a tad too calculated for a movie that deals with human emotions, but it is an astonishingly mature and well-executed debut.

The Man Without Guilt is a Slovenian-Italian-Croatian co-production by Staragara, Transmedia Production and Propeler Film. Slingshot Films handles the sales.

more about: The Man Without Guilt

Interview: Ivan Gergolet • Director of The Man Without Guilt

"The way out of revenge, of being hurt and feeling devastated, is forgiveness"

The “new generation” When East Meets West rounds off its selection

The Italian co-production forum has unveiled its picks for its sections targeting films at the post-production stage, the Slate Market and the Inspirational Labs 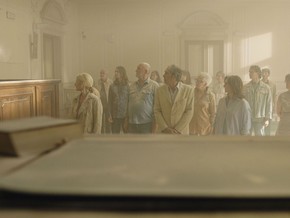 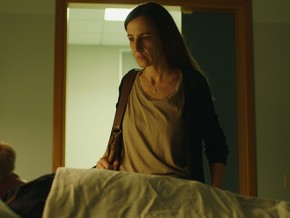 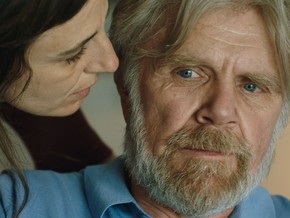