Alberto Ammann and Bruna Cusí in Upon Entry

You pluck up your courage and leave. You decide to start a new life, to try your luck somewhere else, far from your former home. You carry your fears, your doubts, your hopes, your sacrifices, your renunciations. You don't know what will come of it, what will await you, if maybe one day you will say it was right or wrong, but you have made that decision. You are already there, about to embark for another country, you imagine yourself there, in that new horizon, and suddenly everything can go wrong, your whole life depends on someone else's decision, on a piece of paper, on whether or not the authority on duty decides that you can reach your destination.

This is the story of Upon Entry [+see also:
trailer
interview: Alejandro Rojas and Juan Se…
film profile], the debut film from Venezuelan filmmakers Alejandro Rojas and Juan Sebastián Vásquez, starring Bruna Cusí and Alberto Ammann, which has just been screened at the 26th Tallinn Black Nights Film Festival, in the First Film Competition, where it won the FIPRESCI Award. Based on the directors' personal experiences as emigrants (both were born in Caracas and made the decision to seek a life abroad), the film tells the story of Diego and Elena, a couple who, after living together for some time in Barcelona (she is from there, he is from Venezuela), decide to move to the United States. However, their plans to change their lives away from their native lands clash with the assessment of the authorities. As they enter the immigration area at New York airport, they will be subjected to a whole inspection process (including psychological interrogation), on which the course of their lives will depend.

At the beginning it may seem like the film will go to the commonplaces and clichés (it does flirt with it), the directors manage to leave this dalliance behind and take it on a good direction. In this case (as is often the case), its success seems to be based on simplicity, both in form and substance. You can tell that the filmmakers are telling the story from something known and experienced, and that they want to tell it in the best way possible so that the story takes the spotlight, in a modest way, without unnecessary artifice. There is meticulousness in the detail, the characters and the situations are credible, they manage to convey the emotional world of the couple at this crossroads, the fear, the bewilderment, the uncertainty, the helplessness, the suffering.

Upon Entry discusses fear of the other, racism, the abuse of power, the senselessness and malice of a certain bureaucracy (and with it, the ability of human beings to be profoundly stupid), and vulnerability in these situations. However, far from indulging in drama (although it does that too), the film manages to have a certain twisted humour based on reflecting this reality. One of its great virtues comes from how it handles tone and rhythm, in its ability to bring the film towards its climax, to make certain situations, so absurd and maddening, become comical indirectly.

As a small slip-up, towards the end, the film seems to touch upon the clichés it managed to steer clear of, with an overly obvious and marked outcome. Despite this, Upon Entry manages to be an enjoyable film, to achieve its verisimilitude and to make us forget for a while (the length of its running time) that we are watching a fictional film.

Upon Entry is a co-production of the Spanish companies Zabriskie Films, Basque Films and Sygnatia.

more about: Upon Entry

“We tried to make the film feel as organic as possible, to make it grow from something inside of the characters”

Simón Casal is in Galicia, about to wrap the shoot for this political thriller, which is co-produced by Tornasol Media and also stars Alberto Ammann, Tamar Novas and Alba Galocha

Among other victors were The Land Within by Kosovo's Fisnik Maxville, crowned Best First Feature, and Iran's Ahmad Bahrami, winner of the award for Best Director for The Wastetown 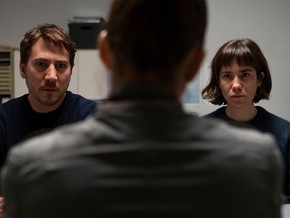 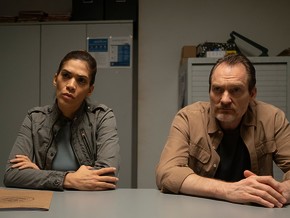 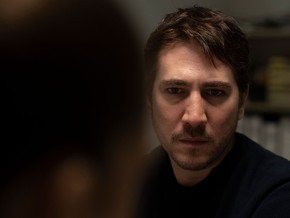 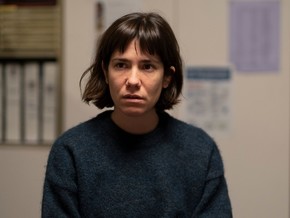