05/12/2022 - Luca Scivoletto’s film debut nostalgically highlights the comical sides of political militancy as it once was, but it lacks the irreverent verve of the book on which it’s based

Write a book then turn it into a film: this can sometimes happen within the Fandango team (who are co-producing Nanni Moretti’s next movie Il sol dell’avvenire, currently in post-production), and it has, indeed, happened to Luca Scivoletto, who published his first novel via Fandango Libri in 2019 and has now directed the film adaptation of the text, The Pioneers, three years later, produced by Fandango themselves. The film was screened within the Torino Film Festival’s Out of Competition Bad Tales section. It’s a first work, but Scivoletto is by no means new to film. As the author of a dozen or so short films and several documentaries, the director and screenwriter is currently a member of the Board of Directors for Venice’s Giornate degli Autori.

Enrico Belfiore (Mattia Bonaventura), the twelve-year-old protagonist of The Pioneers who was named in honour of the Italian Communist Party leader who died in 1984, has led a life marked by politics. The film is set at the end of the ‘80s, in a world in the throes of change: on the evening of 9 November 1989, the Berlin Wall is pulled down while the biggest communist party in the West announces its dissolution. As the son of Michele (Peppino Mazzotta), the former mayor of a small town in Sicily who has his sights set on becoming the Italian Communist Party’s regional secretary, preteen Enrico is immersed in all the contradictions of a family where political passion comes before anything else. There are no concessions to consumerism, no branded clothes, very little TV, countless marches for peace and protests, and no home parties for children belonging to Christian Democrat families. But Enrico would love nothing more than a pair of Reebok shoes or to watch American movies. Such restrictions aren’t an issue for his best friend Renato (Francesco Cilia), an earnestly orthodox child who speaks like a 1950s party official. Bullied by their burly schoolmate Vittorio (Danilo Di Vita), the two of them organise an “escape” to the mountains, re-forming the Association of Italian Pioneers (hence the film’s title). Vittorio joins them, and together they run into a girl scout the same age as them (Matilde Sofia Fazio). She’s the daughter of an American soldier stationed at the nearby NATO base and she’s also on the run. Worried about their children, the fathers and mothers in question (Lorenza Indovina, Eleonora Danco, Beth Mc Creton) set out on their tracks.

Drawing from his own childhood (his father was a regional party leader and then a senator), Luca Scivoletto wittily highlights the more comical aspects of the political militancy of yesteryear, with a nostalgic tone, and re-routes the film along the lines of a Bildungsroman, a Sicilian-flavoured Stand by Me, as it were, with a triumphant and mocking ending. Attitudes typical to the island make us smile, as does spoken dialect, and gags like those offered up by Enrico Berlinguer (Claudio Bigagli) who appears to the young protagonist in order to offer up (left-wing) advice, much like Humphrey Bogart did for Woody Allen in Play it Again, Sam or Adolf Hitler did for Jojo Rabbit. But this film adaptation, written by the director in league with Eleonora Cimpanelli and Maurizio Bologna, is but a pale imitation of the book’s introspective verve and irreverent humour, and the director proves incapable of remedying this shortcoming. What’s more, the movie’s too-low budget doesn’t allow for good sense in production and set design (the US Army’s unpainted armoured car on the NATO base, for example, which is covered in rust and lacking in markings). The Pioneers nonetheless boasts true heart and soul, and might well appeal to young audiences, as well as nostalgic older viewers.

The Pioneers is produced by Fandango, together with RAI Cinema. Fandango are likewise handling world sales.

more about: The Pioneers

Luca Scivoletto’s film debut nostalgically highlights the comical sides of political militancy as it once was, but it lacks the irreverent verve of the book on which it’s based 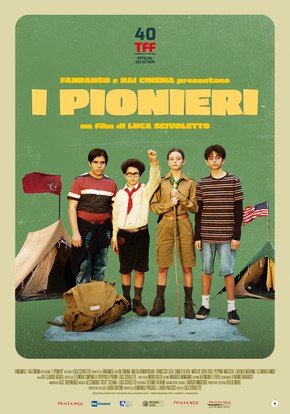 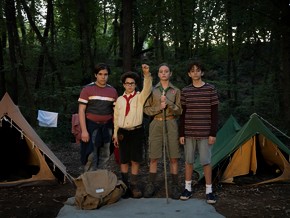