All these gongs, where do they go? We see talent clasping them tightly on a spotlit stage, and in official photocalls afterwards, but rarely ever again. Yet Scottish-based Iranian filmmaker Hassan Nazer correctly gauges the significance of this physical hardware, especially for the film industry of his motherland, where ardour for cinema and the repressive political culture are forever at odds. Winners, Nazer’s second feature – financed entirely in the UK, but shot on location in his hometown of Garmsar with local actors – shows both a rural and an urban Iran besotted with cinema, but unable to fully acknowledge or publicly display this without fear. The discarded, homeless Oscars and Silver Bears that drive the plot, passing from character to character as if they were cheap barter, are a perfect metaphor for what Iranian filmmakers must typically endure after being venerated on the festival circuit. It first premiered at this year’s Edinburgh Film Festival, where it took home the Audience Award, and now it has come to greater prominence domestically after being selected as the UK’s submission for the Best International Feature Oscar (see the news).

When devising Winners, Nasser wanted to depart from the typical tone and tenor of recent Iranian cinema, maintaining the authenticity that would naturally come from his own heritage, but counteracting this with what he calls a more “European” sensibility. This arises mostly through the fantasy, wish-fulfilment aspects of the film, which depart from the realism that Iranian cinema is strongly associated with. Winners is a speculative story, granting its lead characters the poetic justice that a more plausible narrative might deny them, whilst nurturing a melancholy that adds to the film’s timeliness, with the current state persecution of Jafar Panahi heavily referenced in the plot.

Winners is initially focused on Yahya (Parsa Magari), a pre-teen Afghan refugee living modestly in Padeh, a dryland area in the north of the country. Already a precocious film fanatic, he unknowingly recovers Asghar Farhadi’s 2017 Oscar for The Salesman [+see also:
film review
trailer
film profile] on his journey to school, after it’s misplaced by an elderly postal worker charged with keeping it safe as it returns to its rightful recipient (who was denied his right to attend the ceremony that year, after Trump instituted his “Muslim ban” early on in his ill-fated presidency). The fate of the Oscar – which Yahya and his pal Layla (Helia Mohammadkhani) don’t even recognise as such – is gradually de-emphasised in the plot, as we segue to Nasser Khan (Reza Naji) and his assistant Saber (Hossein Abedini), scrap-metal dealers who employ the local schoolchildren to scavenge at a nearby landfill. That this is depicted as a joyous ritual of adventure for the kids is another reminder that we’re in a world a little out of touch with reality.

Whilst the movie is always at pains to help the audience suspend their disbelief, it allows this very artifice to generate insightful observations about Iranian film culture, whilst avoiding generic “power of cinema” platitudes. Real-life figures gradually unveil and unmask themselves in the story, but we could only ever be in this filmmaker’s dreams.

Winners is a production of the UK, staged by Sylph Productions and Edge City Films. 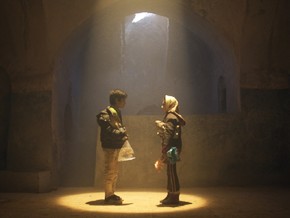 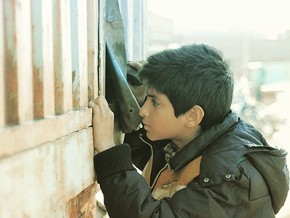