Riki's home life changes drastically when his parents divorce. As he moves in with his mother, the curious ten-year-old has to adjust to the fact that he won't be seeing his dad so often. In the midst of his personal turmoil and the grey drabness of his new neighbourhood, he discovers a strange crystal artefact that transports him to another world, Jumanji-style.

Riki, pursued by a murder of raven men seeking the magical crystal, lands in the colourful world of Yourland, where he is rescued by a giant robot controlled by redhead firecracker Emma and monkey general Tidling. Riki joins the ragtag group on their secret mission: Emma is searching for an object that could save Yourland from an impending cataclysmic event. However, the daughter of Yourland's eccentric ruler does not know that that very same object was what brought Riki to her homeland.

Budinsky's adventure is geared towards children between the ages of seven and 12, and the story reflects that ambition. Animated blockbusters usually feature an epic plot, whereas Journey to Yourland offers restrained, well-balanced storytelling and world-building.

The film’s narrative focuses on addressing socially relevant topics and subjects from a child’s perspective. As a kid lacking a paternal presence, Riki is impressionable and is influenced by stand-in father figures who do not have the best intentions. In addition, Emma does not live in a traditional family, since her mother has passed away, and the grieving father tends to neglect her and indeed the whole country. The story touches on sensitive issues, such as divorce, illness and the environment, catering for a child audience, but they are downplayed in favour of eventful, plot-driven adventure.

To a certain degree, Journey to Yourland exhibits a narrative thread that resembles the immortal classic Wizard of Oz, even though L Frank Baum's fantasy novel did not gain much traction in Slovakia. Budinsky refreshes the narration with fast-paced, videogame-like action and comic quips delivered by the monkey general who helps out during the exploits to save the fantasy realm.

The majority of the film is animated in 3D using the Unity Engine, while the flashbacks and backstories are rendered in 2D and usually revolve around supporting characters. The majority of the animation team’s efforts seem to have gone into building the world we see in Yourland as well as coming up with a rich variety of designs based on peculiar steampunk aesthetics.

While the director and his team reveal only a small portion of the alternate universe, they tend to focus on the strange machinery inherent in this world. In a way, the images are reminiscent of 1990s point-and-click adventure games, albeit rendered in 3D, creating a retro-nostalgic aura for parents from that generation.

Budinsky and his team of co-writers, Barbora Budinska, Katarzyna Gondek, Kristina Majova and Patrik Pašš Jr, have penned a story that is appropriately melodramatic for the main target audience. The film tackles growing up in a single-parent family, without any outright moralisation or didacticism. Moreover, Journey to Yourland slickly explains situations that may be confusing for young children who are adjusting to new domestic circumstances. And finally, the film wraps the lesson up in a suitably sentimental package.

Journey to Yourland was co-produced by Plutoon (Slovakia), The Pack (Belgium), BFILM (Slovakia) and RTVS (Slovakia). Its international sales are handled by Beta Film.

more about: Journey to Yourland

The Slovak director’s feature-length debut is being spun off into an AR book, a VR prequel and a mobile game 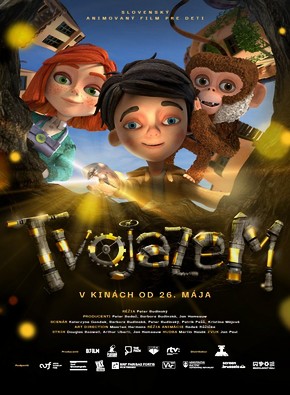 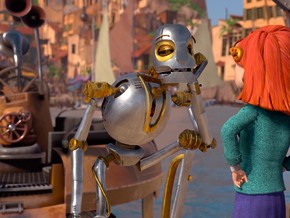 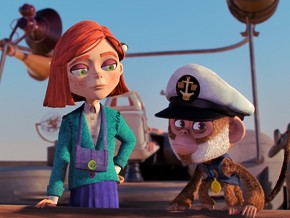 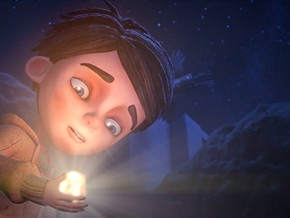 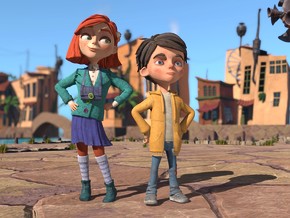 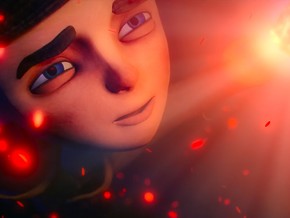