25/01/2023 - Ladies who lunch morph into ladies who kick each other in the face in Nida Manzoor’s oddity, which is let down by its final act

It’s hard to say at what point exactly Nida Manzoor’s bananas film, and her feature debut, screening in Sundance’s Midnight section, goes from exciting to tiring, but this unwelcome switch does happen. Which is disappointing because Polite Society [+see also:
trailer
film profile] starts, ahem, rather dynamically, with a nice schoolgirl declaring, “I am the fury” and then proceeding to get the crap beaten out of her while still in her uniform.

There is a reason for all that, though: Ria (Priya Kansara, so committed that she feels borderline possessed) might not be the biggest, or the strongest, but she wants to be a stuntwoman. She keeps writing to Eunice Huthart (an actual legend in the business, still, frequently doubling for Angelina Jolie) about it, so far to no avail. Her British-Pakistani family tries its best to ignore this desire, especially as her older sister (Ritu Arya) is already having a breakdown following an unsuccessful stint as an art student. But Ria has no intention of becoming another “stinking doctor”, no way, and when a man enters the picture, she is ready to fight.

It would be tempting to describe it all as “Tarantino for girls” or a loving reference to martial-arts films, but Polite Society feels a bit undecided about its ultimate fate – just like that older sister, accused by Ria of doing a Jane Austen and giving up on her dreams to “marry some rich Mr Darcy wanker”. It’s probably too violent for a younger audience, yet too silly for grown-ups to fully commit to the madness, although one always appreciates a good dressed-as-a-boy-and-trying-not-to-peek-in-a-locker-room scene. At least it has energy to spare and so many slo-mo shots that it’s hard not to suddenly start moving like that in real life.

Interestingly, women fight only with women in the film, girls only with girls. These are gloriously choreographed scenes, and make no mistake, they are vicious. But a story about a teenager refusing to let go of someone she loves, or maybe simply afraid of change, morphs into – I am sorry – a pretty dumb tale, with a reveal so undercooked that even a proper Bond villain would not want to claim it unless desperate.

It's a risky move that comes out of nowhere and is just not satisfying, especially as there was already plenty of drama – and a heist at a sauna – to go around. But even when there are way too many ideas and some predictable laughs – it’s well established that all it takes is one mention of a period, or “heavy flow”, and even the bulkiest guys run for cover – Manzoor still proves to be a gifted filmmaker who is not afraid of action and silliness. Plus, she delivers the best scene of torture by waxing since The 40-Year-Old Virgin, although sadly, no one yells, “Kelly Clarkson!” this time.

Ladies who lunch morph into ladies who kick each other in the face in Nida Manzoor’s oddity, which is let down by its final act

The festival’s non-US line-up for 2023 is dominated by British and French productions, such as Ira Sachs’ latest work, Passages, and Charlotte Regan’s Scrapper 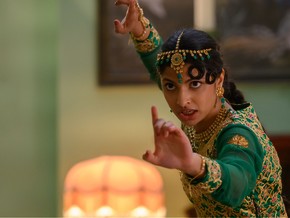