by Antonio Pezzuto - Close Up

02/05/2005 - Clearly, a film about the last days of Hitler in a Germany in ruins and under bombardment, where the concentration camps were still in operation, was always going to be an attention-grabber

Clearly, a film about the last days of Hitler in a Germany in ruins and under bombardment, where the concentration camps were still in operation, was always going to be an attention-grabber. Looking at the roots of the film’s success, there is on the one hand the need to study our history, and on the other the need to understand how a whole nation could be taken in by Nazi lunacy.
In an attempt to understand, to screen the unscreenable, Oliver Hirschbiegel locks himself away in the bunker where Hitler himself hid and where he spent his last days; in so doing, the director delved into the work of the German historian Joachim Fest. He tracks the dictator’s actions and gestures with documentary precision, so as to emphasise his humanity, all facets admirably played by a remarkable Bruno Ganz. The film shows Hitler displaying the symptoms of Parkinson’s disease, as well as his moustache, his love for his dogs, the respect and deference paid to him even by those who knew, the candour of those who probably knew nothing about the concentration camps but whose suspicions ought to have been aroused by the anti-Semite frenzies, the auto-da-fés and the beheadings of Sophie Scholl and her contemporaries, who should have realised what Nazi ideology was really about and the meaning of the war. It is, in short, a private diary or, as the daily German broadsheet Die Zeit, called it "a type of Big Brother, with lots of style but little substance".

Much has been said and written about the film. Wim Wenders, for example, accused it of depicting Hitler as harmless. Ian Buruma (a victim more of his own expectations than of images of the film) saw it not as a work about the Führer but about "a people’s capacity to love and follow the whims of an idol, however abject he may be”.
That Hitler was above all a man, someone who had to eat, drink and die like the rest of us, no one questions. But Hirschbiegel does not seem to take into account the craziness of his ideas (and not just his antisemite theories). As the president of the Jewish Community of Italy, Amos Luzzatto, said: "Many people are afraid that ‘seeing’ Hitler as a normal man might result in a certain ‘empathy’ with him. Personally, I don’t think so, nor do I think that such an important and complex collective story can be embodied in any single character (...) In Hitler’s case, I think that it should be discussed, given that he’s the product of historical circumstances, the fruit of the development of a specific culture marked by violence and the quest for power".
In other words, it’s hard to believe that a whole nation followed one man just because of his charisma; how can one prevent oneself thinking than that all the ideas of the day could have only one terrible consequence: dictatorial delirium and war. However, there is no sign of this in the film, which tells the ‘objective’ story of a man, and not an idea: it just pigeonholes Hitler as the "author of contemporary German thinking". The setting for the massacre of the children by Goebbels’ own wife can be thus interpreted: if Hitler dies, her children will live in a world deprived of National Socialism. It all adds up to the ideas dying with the man.

In this film, Hirschbiegel (and thus Fest) seem to tell more than just the story of the last days of Hitler: they’re telling the tale of the last days of Nazism (even though the people are never seen). But if Hitler was really a man, so, too, were the Germans who followed him and those who lit the incinerators, and, this being the case, how is it possible to imagine that so many individuals changed their mind so suddenly, just because their undisputed leader had died.
The Downfall (a big German box office success and Oscar nominee) is a journey through hell, in the footsteps of Traudl Junge, the young secretary who remained at Hitler’s side right till the end. The film in fact ends with an interview with the same woman, taken from Im toten Winkel (Blind Spot – Hitler’s Secretary) (a documentary made in 2002 and premiered at the Berlinale on the very day, ironically, of Traudl Junge’s death). In this interview, Junge is quoted as saying: "Hitler never tired of telling me ‘Frau Junge, don’t argue; just do as you’re told. I’ll be responsible for your actions and those of the German people". Therein lies the problem: what are men’s responsibilities? What are the responsibilities of ideas?
Hirschbiegel leaves that question unanswered (unlike Rothemund in his film about Sophie Scholl); in any case, it is too uncommitted a work to provide the answer.

Clearly, a film about the last days of Hitler in a Germany in ruins and under bombardment, where the concentration camps were still in operation, was always going to be an attention-grabber

Bernd Eichinger, who wrote the screenplay of The Downfall and also produced it, has always been interested in German history, especially the Nazi era

He wrote the biography on wich The Downfall is based, by German director Oliver Hirschbiegel, one of those films that's on people's lips even before they've been to the screening

Artist, critic and television director and the director of The Downfall, a difficult film which has become a topic of debate

It was all about “the empathy formula” during the “Story Structure and Empathy Characters. Why Does It Matter?” webinar. And James Van Der Beek’s crying face

A first-class tragicomedy in every aspect, Jan Ole Gerster’s long-anticipated sophomore feature proves worth the wait

A 2019 Christmas release for When Hitler Stole Pink Rabbit

Commissioned by ARTE, the mini-series deals with the migration crisis in Europe as seen from different perspectives, and is set in Germany, France and Greece

The French firm will be at the EFM selling the second feature by Swiss director Germinal Roaux, which stars Bruno Ganz and is set to have its world premiere in Generation 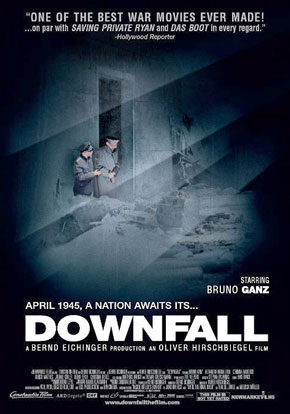 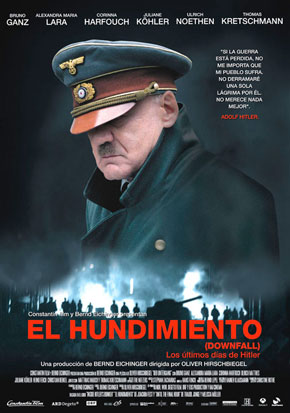 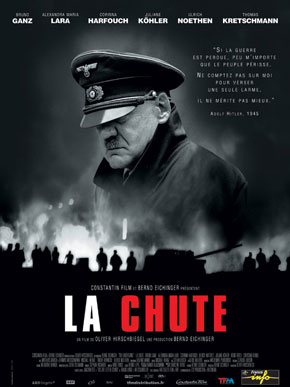 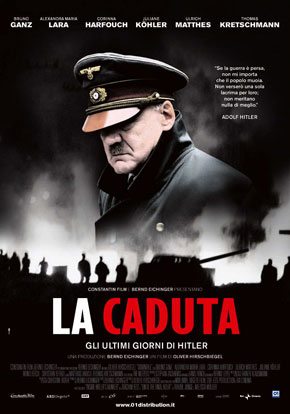