16/01/2006 - Welcome Home was inspired from a true story but turns a tragic situation into a subtle comedy; it deals with the serious issue of racism with humour by underlining its inconsistencies

The title itself is more ambiguous than it seems, for 'home' can very well refer to Austria, where Isaac, an illegal refugee has just settled, found a girlfriend and a football team, but it could refer to Ghana, where two Austrian officers manage to take him back. This film, where the notion of 'legitimate home' is challenged, actually takes place in a virtual 'no man's land'; officers Roesler and Samhaber having treated their prisoner badly during the flight, they are arrested at the Ghanian customs and stuck in between two borders. Their presence is Ghana is declared illegal and they are prevented from going back to Austria unless they take back Isaac too. As a consequence, they become passport-less refugees who have no money to survive, meet everybody's diffidence, and can only trust their prisoner, whose fate and theirs are tied together.

The director's political preferences are obvious but instead of hammering his position at the spectator by showing how cruel racism is, he exposes its arbitrariness, taking full advantage of the anecdotic origin of the story to film it in a light-hearted yet pertinent way, using cliches as a comic element but avoiding them himself. Indeed, Isaac, the main character, is not a miserable refugee but a clever and playful one; the cops, far from inspiring awe or respect, are everybody's friends in their small town, despite the authority they think the uniform bestows upon them —a pride which makes the most agressive cop really ridiculous. When they are arrested in Ghana, Roesler and Samhaber lose at their own nasty game, and are given no credit for being white. In Ghana, they are told 'the white people who are here have come for sex or drugs.' Out of despair, they end up stealing bananas at a market but they are taken, punished and laughed at —including by the spectator. Special credit must be given to Georg Friedrich who plays an excellent, and very grotesque, racist cop; its character alone is an argument against prejudices. His stupid intolerance and painful conversion —thanks to an involontary complicity growing between Isaac and him— are in fact the backbone of the whole script.

Welcome Home [+see also:
trailer
interview: Abdi Gouhad
interview: Abdul Salis
interview: Andreas Gruber
film profile] definitely has universal value, and this not only because it shows that in Austria like everywhere, police officers type with two fingers, but mostly because it proves how relative even the most suffocatingly established concepts are. Just as time is relative (as the taxi-driver underlines when told 'We have no time' by replying 'We all have the same time'), space and borders lose all real meaning for three characters in limbo who spend the film running to end up back where they started. In a way, they are outliving the universal human Odyssey in which the final purpose is always to get 'home', whatever that means.
The film itself is suffused with images of fraternity, such as the football games. On the field, in Austria and in Ghana, age, wealth,and colour do not matter anymore. Nor do they in Welcome Home; eventually, all the characters are endearing. Everything should be like a playfield where there are no borders and everybody mixes happily, seems to say the director, who introduced the film, for its French premiere in Paris, by saying: 'Feel free to laugh.'

"To become a stranger"

"A comedy with a didactic purpose"

The young actor kindly answered our questions, in a distinctive London accent

"A fusion of cultures"

Welcome Home was inspired from a true story but turns a tragic situation into a subtle comedy; it deals with the serious issue of racism with humour by underlining its inconsistencies

Brussels at the cinema

Inside out and diagonally

The Austrian town of Graz welcomed the latest edition of the Diagonale Film Festival (March 21-26) today, which features a panorama of recent local production, with films for both cinema and...

The journeys of Cantet, Faucon and Gruber

A raft of new films in the French cinemas this Wednesday with 16 releases, of which six are European productions and two minority French co-productions (from Sri Lanka and from Russia), which will...

61 European Films for the First Semester 2006

French distributors have planned to bring 61 European productions or coproductions (without taking local productions into account) to theatres during the first half of 2006. On the top of the list...

International premiere at the 27th Moscow International Film Festival (17-26 June) for the feature The Porcelain Doll (A porcelánbaba) by Hungarian filmmaker Péter Gárdos. Rewarded in February at... 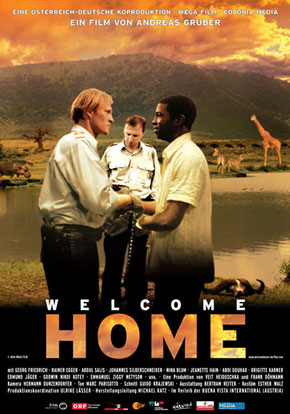