07/03/2006 - A futuristic thriller in 3D and in black-and-white, set in Paris circa 2054, a fascinating mix of graphics and "motion capture" techniques. A voyage at supersonic speed in a quest of immortality

Abolishing all the barriers in the world as we know it, the avant-garde always imposes itself in the foreground, opening doors to vast spaces waiting to be conquered. And with the help of the speed of technical evolution, cinema animation is ideally suited to the insights of the creative visionary. Belonging firmly in this category of artists is French director Christian Volckman, nominated for an Oscar for his short film Maaz in 1999, and here making a stunning first feature called Renaissance [+see also:
trailer
interview: Aton Soumache
interview: Christian Volckman
film profile] (release March 15th in France, distributed by Pathé), a European co-production pre-sold, notably to Disney, on the strength of a screenplay and a 4-minute pilot. With his countrymen at Onyx Films and Attitude Studio, the filmmaker brilliantly pulls off the challenge of "motion capture" which consists of filming actors equipped with captors whose images are then reworked in a graphic environment. The result is a bizarre world of swirling frames, mixing the finesse of the drawing with human emotions, in a fascinating black-and-white environment. Playing with the contrasts of light and shade, Renaissance plunges the spectator into a pulsating police story, while taking on numerous socio-political themes relevant to today: the boundless greed of multinationals, the ethics of scientific research and genetic manipulation, developing a high-tech police department which surveys the town via networks of cameras and interconnecting databases... And at the end of the road lies the secret to Immortality, no less, "the unlimited power of Life and Death ".

"Health, beauty, longevity. We are with you all your life," declares the holographic leitmotiv of the all-powerful group Avalon on a deteriorating publicity wall. An early nod to Ridley Scott’s Blade Runner which sets the tone for Renaissance. It is after are all about a hunt, taken up by the cop Karas who is looking for Ilona, a young scientist who has disappeared. Laconic and obstinate hero, he investigates in the Paris underworld of the 2054. Interrogations, a mysterious stolen notebook, violent deaths, car chases, problems with the mob, the traffic of ID cards: Renaissance inherits the 50s noir, digging deep into the dark places where the femmes fatales meet the automatic. But his visually stunning universe totally renews the genre with a Paris metropolis with its entanglement of buildings at various levels but still dominated by the Eiffel Tower, the Sacré-Cœur and Notre-Dame (transformed into a massive store). Multiplying the angles with a predilection for the reflective glass of modern urban architecture, Christian Volckman invents a captivating world, a city labyrinth of deep tunnels which also evokes Fritz Lang and Moebius. Keeping a judicious distance between the make-believe of science-fiction and contemporary realism, the entertainment of an action piece and the fundamental debate about technology, this first attempt by Christian Volckman turns out to be a masterstroke overdue in the world of animated films for adolescents and adults, a genre that generates enormous profits for the industry. A European alternative to US films like Sin City with the added benefit of a graphic and cinematic quality which are extraordinary, avoiding the route to gratuitous violence, Renaissance is a brilliant new episode in the "French Touch" saga in the world of animation.

"A French touch for the international market"

"A technological and artistic revolution "

Interview with a young avant-garde director, a visual explorer, a revelation in the world of animation

A futuristic thriller in 3D and in black-and-white, set in Paris circa 2054, a fascinating mix of graphics and "motion capture" techniques. A voyage at supersonic speed in a quest of immortality

"I could introduce ideas such as mental labyrinths: the puzzle of the human mind"

French director Christian Volckman talks about his transition to fiction via The Room, genre cinema and trepidation towards the form in France

For his first foray into fiction fourteen years after the animated work Renaissance, Christian Volckman offers up a chilling, thrilling and abstract genre film

Filming kicks off on The Best is Yet to Come, starring Fabrice Luchini and Patrick Bruel

The two actors shine in the leading roles in the new film by Matthieu Delaporte and Alexandre de la Patellière. A Chapter 2 production sold by Pathé

The film, a Les Films du Poisson production with Versus and Bidibul, set to be sold by Elle Driver, is toplined by Olga Kurylenko and Kevin Janssens

35 projects supported by Wallimage in 2017

The Walloon regional investment fund has supported no less than 35 projects this year, including eight in the final session of 2017 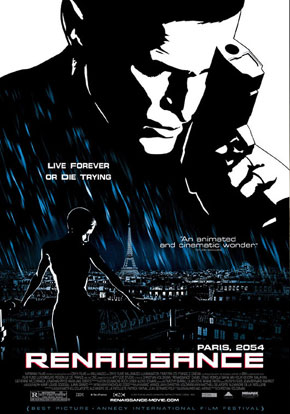