16/03/2006 - Three generations of women who survive wind, fire, madness, superstition and even death through their kindness, lies and an endless vitality

Raimunda (Penélope Cruz) is married to an unemployed man and has a teenage daughter (Yohana Cobo); her sister Sole (Lola Dueñas) is a hair dresser; and their mother (Carmen Maura), who died in a fire along with her husband. The latter first appears to her own sister (Chus Lampreave) and then to Sole, though the ones with whom she has the most unfinished business are Raimunda and her neighbour Agustina (Blanca Portillo).

After a hard-hitting male-driven drama, comprised of a series of “sketches”, Almodóvar has returned to comedy, with a bittersweet film in which audiences may sometimes find themselves embarrassed for laughing so hard. It marks a more mature, more serene Almodóvar, surrounded as he is by his most precious jewels, his favourite actresses from the past and present, Carmen Maura and Penélope Cruz.

Above all, Volver is an autobiographical film, in which the director tenderly portrays some of his childhood experiences, and also brings the dead back to life, allowing them to guide the story. Volver is about life and death, portrayed here as inseparable elements that feed off of one another. Although the women in front of the camera are actresses, Volver is the story of the Almodóvar family, of his sisters and dead mother, brought back to life as a result of an obvious Oedipus complex, which gets stronger as the filmmaker gets older.

Almodóvar's love for the characters in this film is tangible because, besides the excellent performances by the actresses, one can see that they have been created to border on hysteria, which is to say, perfection. After a Hollywood period marked by more shallow roles, Cruz is back "home" to display all of her talent. An icon of Spanish cinema, Maura, as the dead mother, plays the most alive character of them all, with the fearlessness and professionalism of an actress who knew how to win back the director who discovered her. Then there is the miracle that is Blanca Portillo, known to audiences for her television and theatre work, who underwent a true "heartlift” to enter into the role of Agustina, a lonely, single woman whose entire family has passed away.

It is a pleasure to witness the return of a genius, in a heart-rending work that leaves audiences glued to their seats, wondering what the hell has just happened and why, suddenly, the dead no longer seem so far away, appearing as they do like guides to direct our lives onward.

Three generations of women who survive wind, fire, madness, superstition and even death through their kindness, lies and an endless vitality

An interview with the guardian angel of the Almodóvar household

From his El Deseo office, situated in one of Madrid’s most popular neighbourhoods, Agustín Almodóvar ensures that all of his brother’s films are developed with the utmost creative freedom

"The same chemistry after all this time"

The daughter of a conservative politician, international film star Carmen Maura was an icon of the "movida madrilena" before turning into one of the symbols of Spanish film

"It is important for me to maintain my roots"

With a career that spans both sides of the Atlantic, she is back in Spain to work for a third time with Pedro Almodóvar, a director who unconsciously influenced her in her choice to become an actress

Almodóvar's 16th feature film takes the director back to his roots, in La Mancha, and also marks his return to women’s stories and comedy, after the darker tone of his male-driven dramas

The filmmaker has announced that he will prepare his new movie in the autumn and that it will be toplined by the Madrilenian actress, who collaborates with him on a regular basis

This 21st film by Pedro Almodóvar exudes the intense emotions that have shaped his life, and features Antonio Banderas as the mirror-image of the director behind Talk To Her and All About My Mother

TORONTO 2018: Filmmaker and screenwriter Arturo Infante directs a science fiction comedy about the emancipation of women in modern-day Cuba 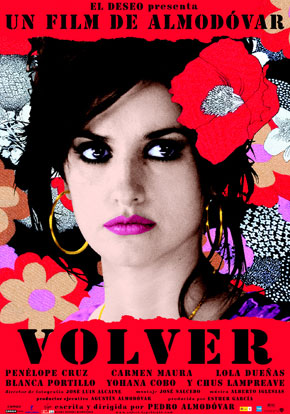