CANNES 2006 Out of Competition / France

Avida at the pinnacle of absurdity

A journey into humoristic and absurdist territory, Avida [+see also:
trailer
film profile], the second feature by Benoît Delépine and Gustave Kervern after Aaltra, screened this afternoon out of competition as part of the official selection at Cannes.

Opening with Fernando Arrabal dressed as a rhinoceros hunter for the occasion, the film makes use of absurd gags and dialogue and a humoristic tone that, understandably, was not unanimously received by audiences. Filmed in black and white, Avida openly borrows from the silent cinema of Buster Keaton, Italian comedies such as Dino Risi’s I Mostri and even Monty Python films.

Depicting the misadventures of two Ketamine addicts and a deaf-mute reminiscent of Frankenstein (all three of whom work in a zoo), the film tells the story – along with other surprises – of their failed attempt to kidnap a dog from a billionairess and the unexpected consequences. The film’s stars include Claude Chabrol, Jean-Claude Carrière (Buñuel's favourite screenwriter), Albert Dupontel, Bouli Lanners, Remo Forlani, singer Stéphane Sanseverino and Kati Outinen (Best Actress Award at Cannes in 2002 for Aki Kaurismaki’s A Man Without a Past [+see also:
trailer
film profile]). A randomly chosen cast for an unclassified film that jumps from pure burlesque to sarcastic social criticism, without ever crossing the line of absurdity to the extreme.

Co-produced by MNP (director Mathieu Kassovitz’s company), StudioCanal and No Money Productions, Avida, which is being sold internationally by Films Distribution, was made on a €1.1m budget that included a pre-sales agreement from Canal +.

News from Planet Mars and Saint amour will screen out of competition, while two more minority French co-productions will be vying for the Bear

Some great deals are on the cards at Cannes with The Valley of Love in competition, Larivière in Un Certain Regard and Van Dormael in the Fortnight

Funny Balloons kicks off sales for NDE: Near Death Experience

Shot with the utmost confidentiality, the new film by Benoît Delépine and Gustave Kervern has appeared in the Paris-based sales agent’s line-up

After an award in Cannes, Benoît Delépine and Gustave Kervern’s film has been released by Ad Vitam in 258 cinemas. Jens Lien and Umut Dag’s films are also out in France.

Verheyde, Corsini, and Delépine-Kervern at the Certain Regard

Two women directors and a caustic filmmaking duo are to present three extremely different films at the Certain Regard this year, one of which stars Charlotte Gainsbourg and Pete Doherty.

Benoît Poelvoorde and Albert Dupontel will star in Benoît Delépine and Gustave Kervern’s fifth feature: Le Grand Soir (“The Big Night”), which will start shooting on July 3. The cast will also...

Shooting kicks off next Monday on the fourth feature by anarchic and humorous duo Benoît Delépine and Gustave Kervern. After Aaltra (in competition at Rotterdam in 2004), Avida (presented out of... 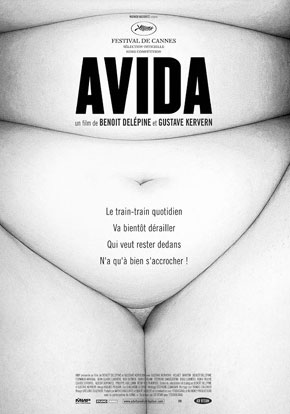